In this new episode, Susan and Kitty are taking a turn to the Dark Side to discuss one of the most iconic villains in film history.  Terrifying and totally quotable, this Lord of the Sith has menaced the Rebellion, and even become a tragic hero in his own right.  It’s Darth Vader Then & Now! 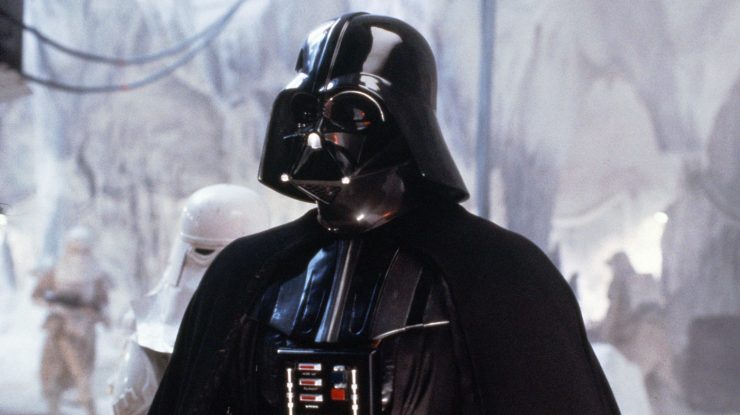 From his quotable lines and distinctive voice, to his tragic past turned villainous origin, this Lord of the Sith is revered and feared throughout the galaxy. The galaxy was forever changed by Darth Vader and his unforgettable impact on the original Star Wars trilogy, even echoing in new generations of Star Wars media. His legacy as both a Jedi and a Sith has been explored in comics and television, and it’s clear that there is still good in him, even beneath the darkness in his soul.

But just how did Darth Vader become such a feared presence in the galaxy?  While executed over a three-movie prequel arc, the seduction of Anakin Skywalker by the Dark Side of the Force seemed rather quick, and necessarily so.  Three two-hour films is not a long time to give the entire life history of Anakin, the supposed Chosen One, and reach the ending that fans all knew was coming- Darth Vader.  Thankfully, as the galaxy has continued to grow, Lucasfilm, Marvel, and Disney have begun to fill in the moments between moments in Vader’s life- from the acclaimed Clone Wars cartoon series to a new run of comics.

Vader is an iconic presence in the Star Wars universe and while some fans prefer for him to remain mysterious, dark, and intimidating, there is an exciting wealth of new stories and revelations about the complex and tragic life story of Anakin Skywalker.  Star Wars fans across generations can deepen their understanding of Darth Vader’s massive influence on the galaxy, never diminishing the Force of his terrifying power.

If you are interested in following Darth Vader throughout the Star Wars galaxy, be sure to check out the following sources: