Christopher Nolan’s The Dark Knight was released in 2008. A sequel to Batman Begins (2005), and the second installment in Nolan’s Batman trilogy, The Dark Knight is widely regarded as the best Batman film of all time. It has been consistently praised for its darker themes as well as its gritty, realistic take on once-outlandish comic book characters.

The Dark Knight also marked a complete tonal shift in the DC Comics Extended Universe. With its undeniable critical success, The Dark Knight showed filmmakers what works best for DC media adaptations. But beyond some darker lighting choices, what were those changes? Below, let’s explore the influence that The Dark Knight had on the modern DCEU. 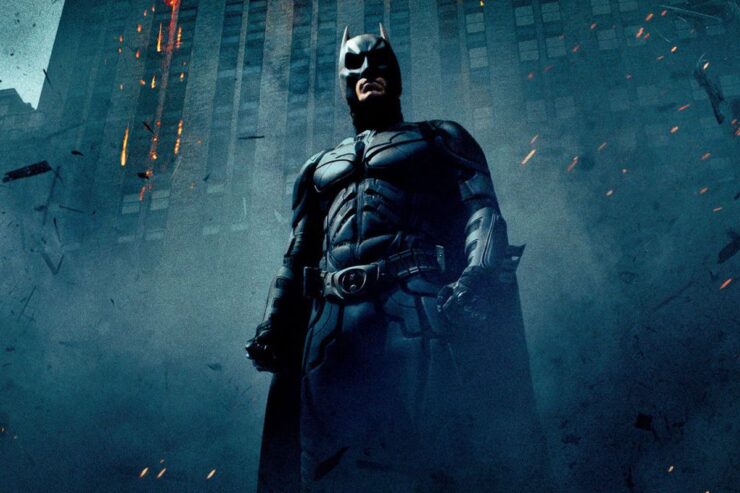 Let’s admit it: Before The Dark Knight, Batman was pretty camp. And there’s nothing wrong with that. Pulling from the pages of DC Comics, writers embraced the sillier side of this vigilante. Even “dark” versions such as Batman Returns (1992) had that undeniable Tim Burton brightness and humor intermixed with the horror. But The Dark Knight reimagines Bruce as a haunted young man. Broken and beaten, this Batman is made to suffer. 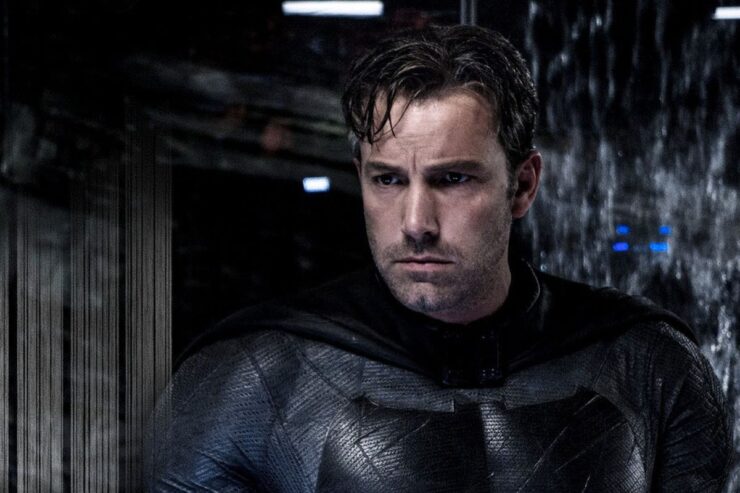 Now, every Batman is brooding, with minor adjustments to the core emotions. Ben Affleck’s Batman dials up the anger. Robert Pattinson’s Batman sulks like no other. But they’re all as dark as their Batsuits, which are significantly more black in color since The Dark Knight. Gone are the gray and yellow days of the ’60s. Gone also are the puns and cartoon violence. Instead, we’re given grittiness and plentiful scars, both physical and mental.

That’s simply more appealing to a modern audience that’s lived through world-changing tragedies. Of course, it’s also important to mention Batman’s unwavering idealism. In The Dark Knight, Batman takes the fall for crimes he doesn’t commit so that the people can still have hope. In Justice League, Batman believes in his team and allows friendship into his life. And in The Batman, Bruce casts off the name of “Vengeance” as he optimistically turns toward his future.

You can’t have the Batman without The Joker. Two sides of the same coin, this hero and villain duo represent the worst and best of each other. The Dark Knight is so good because it brings this relationship to the forefront. Plus, it paints The Joker as almost a dual protagonist. While The Joker could easily collapse into a gimmicky villain, his role in The Dark Knight is truly sinister. To many audience members, he also felt like a true to life antagonist, capable of great violence even in a real-world setting. 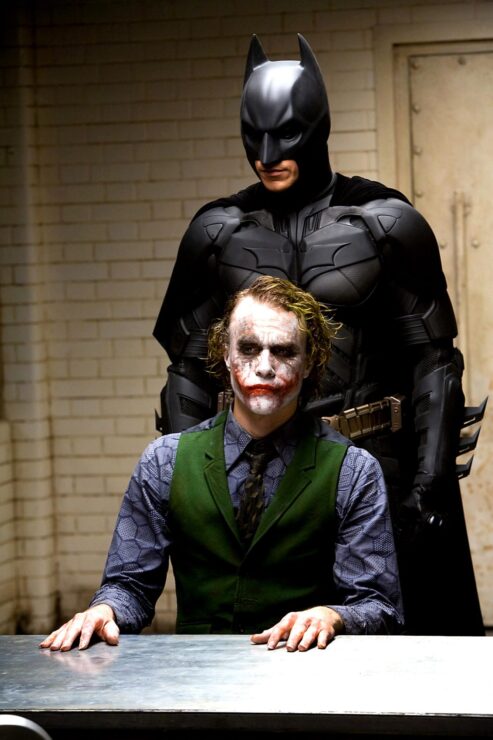 In fact, Heath Ledger’s performance was so incredible — and tragic — that live-action Batman films refused to touch the character for a long time. Well, until Suicide Squad (2016). This younger, mobster-type Joker was a clear departure from The Dark Knight. That was completely intentional. However, it was poorly received because the previous characterization was so beloved. You could even say it was accepted as the one true canon characterization for a while. 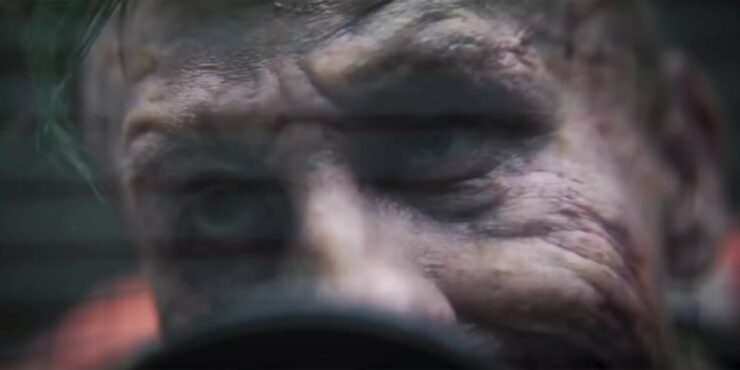 So in Zack Snyder’s Justice League, Jared Leto’s Joker is changed to a calmer kind of crazy to better match The Dark Knight’s vibes. But he’s still kind of young and strange. Thus Matt Reeves’ The Batman (2022) returns to a creepier Joker that is clearly reminiscent of The Dark Knight. Barry Keoghan is more cunning, more conniving. And his performance is a perfect, familiar, chill-inducing update that builds upon foundations — and costuming/makeup decisions — laid by The Dark Knight.

Notably, The Joker (2019), which naturally is all about The Clown Prince of Crime, takes great care in crafting a realistic villain. True crime elements and serial killer personalities influence this Joker, played by Joaquin Phoenix. Additionally, the modern setting gives us the chance to see how this character is influenced by social media, cult followings, and lackluster social systems. While The Dark Knight Joker wouldn’t dance down the stairs, he did dance toward Batman before trying to unmask him. The parallels are unmissable. 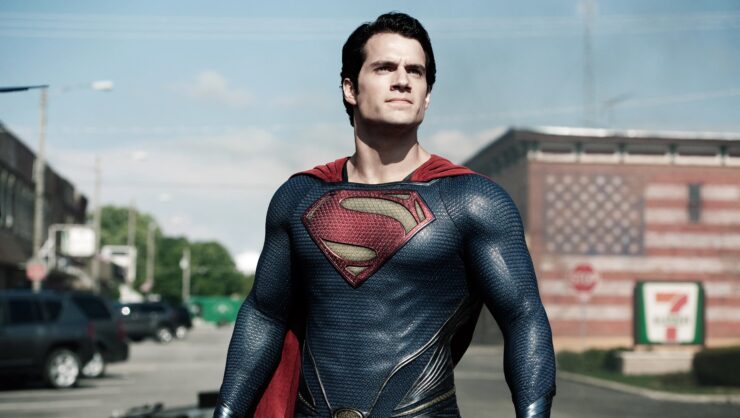 The easiest film to cite as influenced by The Dark Knight is Man of Steel (2013), directed by Zack Snyder. Released only a year after The Dark Knight Rises — the culmination of the Batman trilogy — the Man of Steel story is actually written by Christopher Nolan. It’s a clear attempt at revamping Superman into the modern era much like Batman.

Superman is often contrasted as the light to Batman’s dark. But Man of Steel explores a more pessimistic path for the Last Son of Krypton. The film accomplishes this through both narrative and lighting. Because in case you haven’t noticed, super hero movies, at least from DC Comics, are so much less saturated these days. This is supposed to enhance the “realism” of an otherwise cosmic or caricatured genre. Other examples include Batman v Superman and Justice League Noir.

Gotham City as a Character

Gotham is an important setting in all Batman movies. But The Dark Knight takes it a step further. By casting Gotham as this entity in need of saving, the film puts an entire city on the same level as say, an individual such as Rachel Dawes. Batman shields Gotham from villains who attack it at its physical core — such as a hospital. The city’s moods, safety, and feelings about Batman shift very intentionally throughout The Dark Knight as if Gotham itself is a person judging and learning about its Caped Crusader. 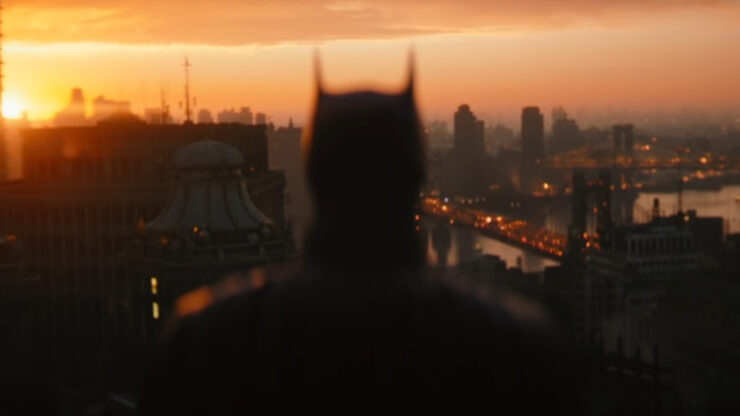 This concept features prominently in The Batman. Not only does Robert Pattinson’s Batman save the city, but he’s bound to it. If Martha and Thomas Wayne gave birth to Bruce Wayne, Gotham City created Batman. Therefore Batman shows loyalty, stubbornness, hope, and disappointment in the setting in the same way he would his parents. And at the end of the movie, in his final step to becoming the Batman, he pledges loyalty to Gotham City while also embracing his parents’ legacy — an idea so central to the film that it’s also spoken aloud by Bruce while he watches video footage of himself in, you guessed it, Gotham.

What influence do you think that The Dark Knight has had upon the DCEU? Discuss these films with other fans at side.show/geekgroup, and don’t forget to Let Your Geek Sideshow!

What Happened Between Harley Quinn Season 2 and Season 3