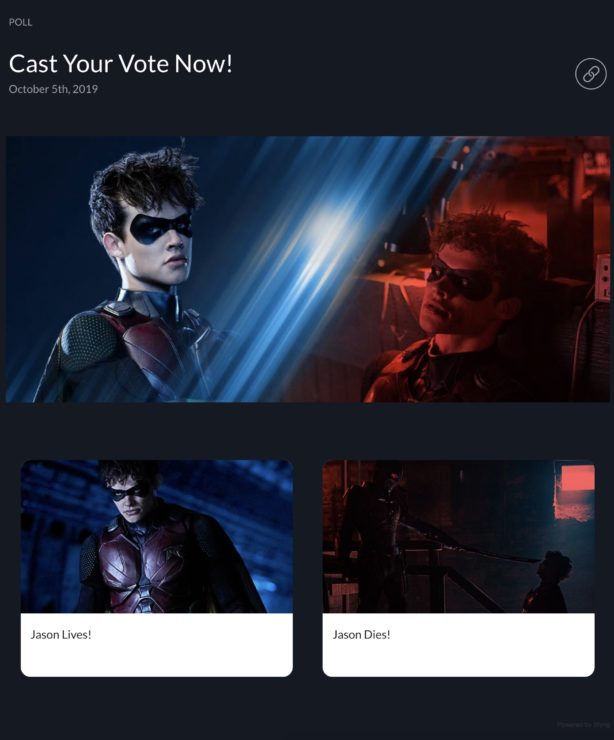 DC Universe has published a poll asking if TITANS’ Jason Todd, the current Robin, should Live or Die? DC Comics asked fans to decide on Jason Todd’s fate in the original comics too, and they voted to kill him, which eventually led to the creation of Red Hood. If you want to vote on Jason Todd’s fate, go to our website sideshow.com/geek and follow the link we posted in today’s Pop Culture Headlines blog.


Disney has released the trailer for their upcoming movie Jungle Cruise, inspired by their Disneyland theme park ride. The movie follows the con -man and riverboat captain Frank, played by Dwayne Johnson, and Lily, a scientist searching for a tree’s magical cure, as they embark on a grand Jungle journey. Disney’s Jungle Cruise film opens in theaters on July 24, 2020. 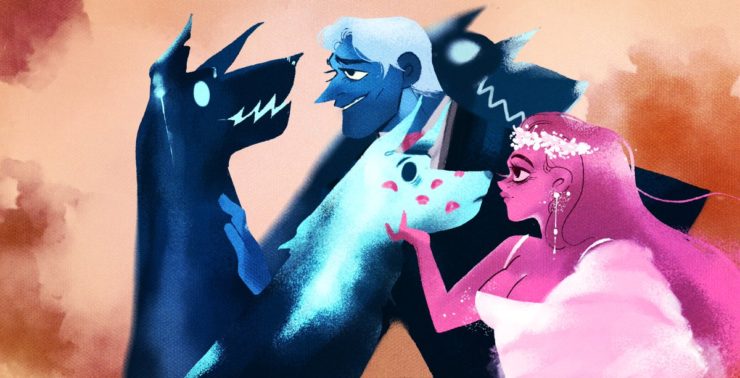 Webtoons and The Jim Henson Company are teaming up to create an animated series based on the comic series Lore Olympus by Rachel Smythe. The series follows what the Greek gods do in their personal lives, through lies, gossip, parties, and forbidden love, and retells mythology’s greatest stories in a way they’ve never been told before. There is no further news about the Lore Olympus animated series at this time.


Playstation is releasing Mortal Kombat 11 for free from October 11th to October 14th. The Free Trial weekend for the game will make every game mode and every character available, including the newly released T-800. Mortal Kombat 11 is free for a weekend starting today.

Darth Vader: The Villain with No Fear