Since his introduction in 2016, Doctor Strange has quickly instituted himself as an integral part of the Marvel Cinematic Universe. Although often arrogant, Stephen is also charming and unquestionably skilled. But that doesn’t mean he never makes mistakes. After all, Stephen’s next MCU installment, Doctor Strange in the Multiverse of Madness, is all about the ex-Sorcerer Supreme cleaning up one major mess.

But being a hero with faults is exactly what makes Doctor Strange a compelling character! Below, and in anticipation of Multiverse of Madness, let’s break down his best and worst Marvel movie moments.

BEST: Saving Lives as a Surgeon

Strange’s ego didn’t come from nowhere. As a brilliant doctor, he saves people from the brink of death almost daily. His neurosurgery skills benefit patients both near and far. Alongside Dr. Christine Palmer, he also creates a laminectomy procedure that serves as a blueprint for surgeons everywhere. Thus, far before he donned the Cloak of Levitation, Stephen Strange was a hero.

WORST: Insulting the Ancient One 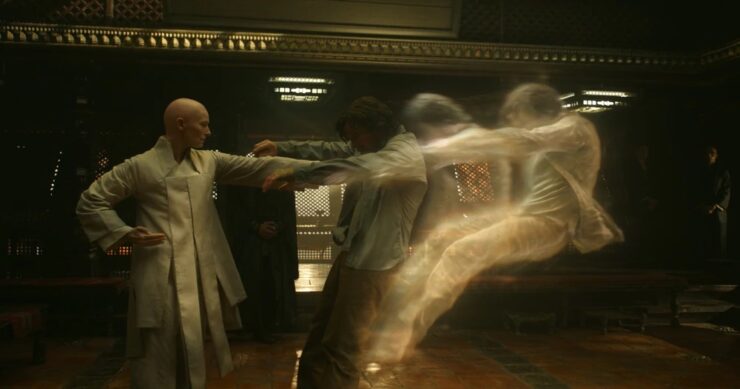 Because of his lifetime spent studying Western medicine, Strange is overly skeptical of the mystic arts. Unfortunately, he’s far from polite about that disbelief. In the presence of the Ancient One, Strange scorns her practices and beliefs. He criticizes all the concepts she holds dear while also personally insulting her. When the Ancient One knocks Strange into the Astral Plane, we can all agree he had it coming. 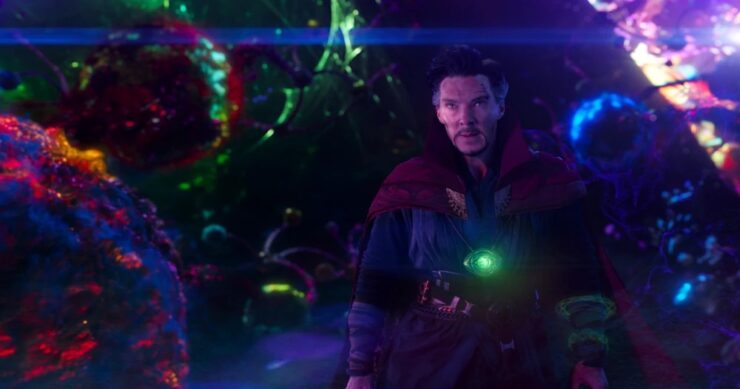 Eventually, of course, Doctor Strange embraces magic. With hard work and a natural knack for it, he quickly masters the mystic arts. Combined with his bravery, penchant for pushing boundaries, and natural innovation (plus an Infinity Stone!), his magical talents help him enter the Dark Dimension. There he confronts an evil entity called Dormammu. Then, Doctor Strange endures countless deaths as he seeks to bargain with Dormammu. Eventually Dormammu gives in to the Sorcerer’s demands once he becomes exasperated with Strange’s ingenious plan.

Doctor Strange’s recklessness has consequences. Karl Mordo warns Strange of the destruction he could cause. As Strange’s mentor, friend, and fellow sorcerer, Mordo has a lot of fair points. But Doctor Strange doesn’t want to hear them. Because of Strange’s arrogance, he misses the signs as Mordo loses faith in sorcerers. And in the end, Mordo walks away from his allies. Strange ultimately allows this because he’s ignored all the warnings that Mordo would turn against them.

While Doctor Strange isn’t the most hospitable host — magical ale aside — it’s nice that he makes his home available to fellow Avengers. After essentially kidnapping Loki, Strange invites Thor for a quick chat about various universal threats. And Strange actually listens to Thor! Well, mostly. In any case, Strange helps the Odinson brothers locate their father in Norway and sends these Asgardian princes on their way (relatively) unharmed.

WORST: Keeping Secrets from the Avengers

Heroes don’t have to do everything by themselves. The Avengers and their entire Infinity Saga prove that. Yet all of our heroes still try to bear the burden alone. In Doctor Strange’s case, it’s probably because he thinks he’s the only person strong enough to handle the truth.

After viewing all the potential outcomes of their battle with Thanos, Strange sees a single victorious future which he refuses to share with the others. Therefore the other Avengers — especially Iron Man and Captain America — endure undue emotional, mental, and physical suffering because Strange wants to act as some all-powerful, all-knowing being. And we thought he grew out of all that selfishness in his solo movie!

Spider-Man and Doctor Strange went through a lot together while saving the universe. So maybe Strange has a soft spot for the kid. No matter how begrudgingly he answers the call for assistance, Strange ultimately does agree to help Peter Parker. He even does so after Wong, current Sorcerer Supreme, blatantly disapproves. Still, Strange brings out the big spells to fix Peter’s personal problem. It’s extremely kind of him to ease the teen’s anxiety with that level of magic.

Unfortunately, helping Spider-Man might not have been the right move — at least in the way that Strange. In combination with Peter’s tampering and Strange’s inability to contain the Multiverse-bending magic, the spell unleashed absolute chaos. Now the fabric of reality is ripping apart. Even though Strange did his best to mend things at the end of Spider-Man: No Way Home, the Multiverse is now a huge mess. Will he be able to fix what he’s broken? We’ll find out soon enough.

What do you think are Doctor Strange’s best and worst moments in the MCU? Let us know in the comments, and don’t forget to Let Your Geek Sideshow!