Doctor Strange Spells: The Best and Most Popular Spells from the Sorcerer Supreme

Ask anyone who the hero of the MCU’s Infinity Saga was and 9 out of 10 will give credit to Tony Stark. It’s true that he did play a vital role, but would he have known his role if it wasn’t for one person? One very supreme person.

It was Doctor Strange who used his wicked spellcasting powers to look into the future and relay significant information to Iron Man. So, he also played a crucial role in the downfall of Thanos. The good Doctor revealed there was only 1 way out of 14,000,605 possibilities in which the Avengers could beat the Mad Titan. Stark was the chess piece to Stephen Strange’s checkmate.

That’s just one prime example of Doctor Strange’s magical abilities. He is, after all, the Sorcerer Supreme and he has more than just one mind-blowing spell up his wizard sleeve. Stick around to see the greatest and most popular spells he’s used over the years that put even Merlin to shame. 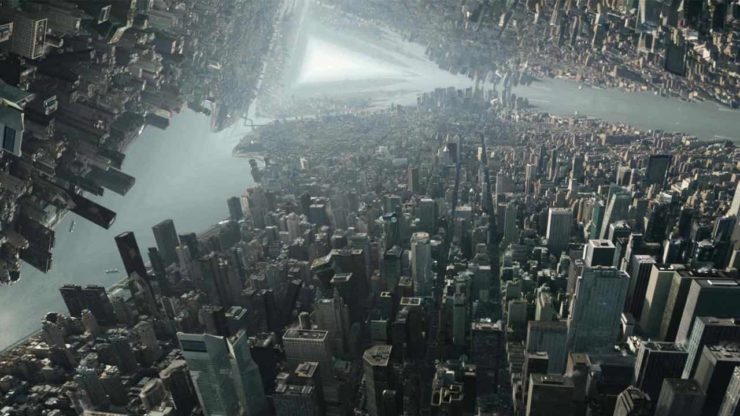 The Mirror Dimension is exactly what it sounds like. It’s an invisible parallel dimension where only those within can see all that takes place there. It makes for one hell of an eventful place and it takes particular mystical objects and abilities to access it.

Remember when he warded off Thanos’ incredible Power Stone-powered blasts in Infinity War? That’s the power of Strange using the Mirror Dimension.

The Eye of Agamotto 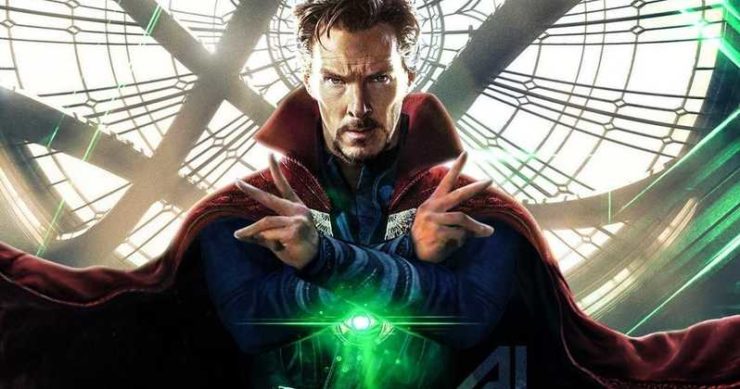 This ancient and magical artifact was passed down from Agamotto, a Sorcerer Supreme in 1,000,000 BC and one-third of the Vishanti (god-like entities that council Sorcerer Supremes).

Doctor Strange calls out, “By the Eye of Agamotto!” to reveal serious truths. With the aid of Agamotto’s object, Strange can see through lies and break illusions. You can think of this handy dandy tool like Stranger’s version of Mjolnir because not just anyone can handle it. It takes a sorcerer with a pure heart and soul to possess it. 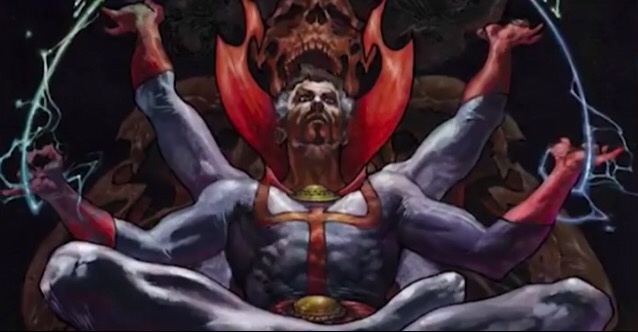 Not all of Doctor Strange’s mystical objects and spells use white magic. In fact, one of his most famous spells draws its power from the demon Ikonn. This is actually one of the most common spells Strange uses. What does it do? By the Images of Ikonn! This spell duplicates him to confuse his opponent.

Notable examples of Strange multiplying himself are in Infinity War when he casts countless copies of himself to fight off Thanos and, in the comics, when he famously faces off with the master of illusions, Mastermind. Strange combatted Mastermind’s phony projections by using his own illusions. No one tricks this guy with magic. 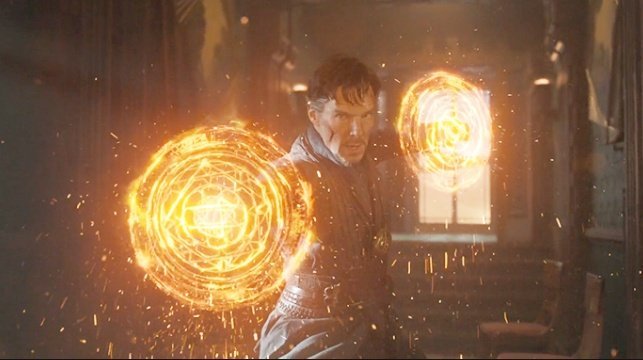 Pull up any Doctor Strange photo and chances are you will find one where the Doc is using the Ruby Rings of Raggador to attack his enemies. These 7 circular mandala-like bands invoke the powers of the deity Raggadorr.

With a simple invocation—By the Ruby Rings of Raggadorr!—the Sorcerer Supreme is able to bind his enemies within the cylinders. But it’s not just their bodies that are contained. It negates all of their mystical and superhuman powers. Moreover, the rings also serve as protection. Doctor Strange has used the Ruby Rings of Raggadorr to protect all sorts of places, really important places like the Sanctum Sanctorum and the entire United States! 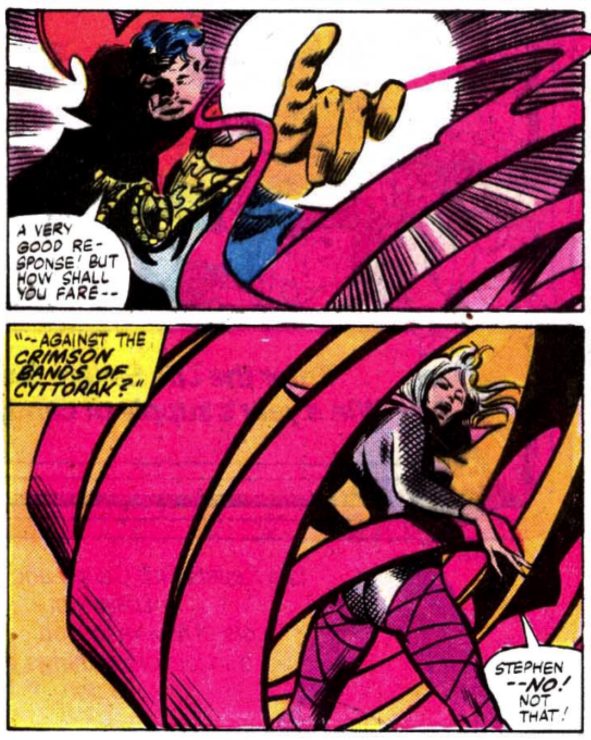 At this point, I bet you’re catching onto the Sorcerer Supreme’s affinity for alliteration—Stephen Strange may have previously worked as a surgeon but this guy could have been a poet, too. His spell, “By the Crimson Bands of Cyttorak!” has his signature sound and calls upon another godlike entity.

So, what does this little ditty do? This binding spell is similar to the Ruby Rings of Raggadorr. This time, it calls upon a demonic god, Cyttorak. In the comics, Strange has not been shy about using Crimson Bands of Cyttorak. In Sorcerer Supreme Vol 1, Strange is able to bind—of all people—Juggernaut (who is himself a champion of Cyttorak).

But that’s not the only enormous, unfairly built person Strange has been able to bind with the bands. Who else’s brute strength rivals that of the Juggernaut? The Hulk, of course. Strange’s magical abilities were able to overcome even his power. This is how insanely powerful Doctor Strange is. 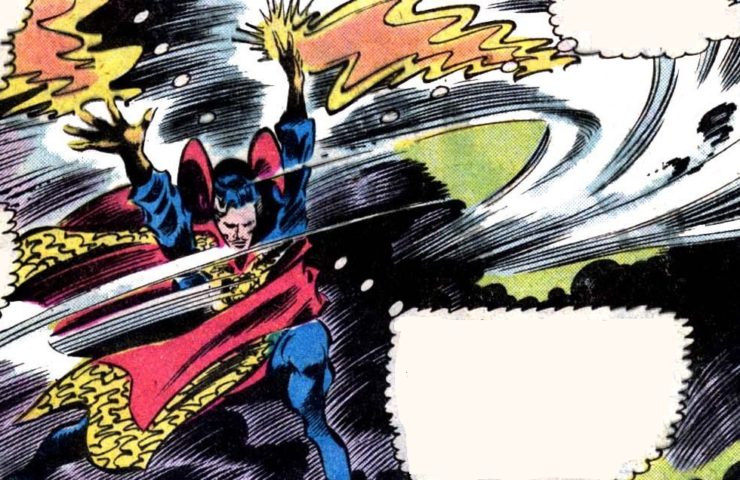 This list would not be complete without the Whirling Winds of Watoomb. As you can imagine, Doctor Strange’s spell calls upon Watoomb, another mystical deity, to wreak havoc with powerful winds. I know, winds don’t sound nearly as impressive as a Mirror Dimension or using the Eye of Agamotto but this spell can definitely do some damage.

We saw Strange use this enchantment to clear out the dust in New York at the start of Infinity War but the wind spell has seen better days in the comics. In Doctor Strange #173, he is able to send back the Dread Dormammu to his dimension, which is no easy feat. Remember Strange’s first film?

In Doctor Strange Vol. 2, he calls uses the Winds of Watoomb, this time to banish Dormammu’s twin sister, Umar, back to the Dark Dimension. See? These are not your average Earth-616 winds.

Which spells do you think Doctor Strange will use in his next film? Which are your personal favorites? Let us know in the comments below!

Stephen King's IT Then & Now- Let Your Geek Sideshow Podcast