One of the things that has always set Star Wars apart from other sci-fi franchises is its variety of weapons. From blasters to bowcasters to electrostaffs, the Star Wars universe is full of the most exotic tools of warfare. There is, however, one weapon that stands above them all: the lightsaber.

Not clumsy or random like blasters, lightsabers are the weapon of choice for those who are strong with the Force. Fueled by individually-attuned kyber crystals and designed to suit the preferences of their users, lightsabers come in many forms. Over the centuries, Jedi Masters and Sith Lords have put their own unique spin on this timeless weapon.

Here’s a look at some of the warriors who have possessed the most unique and iconic lightsabers in the Star Wars universe: 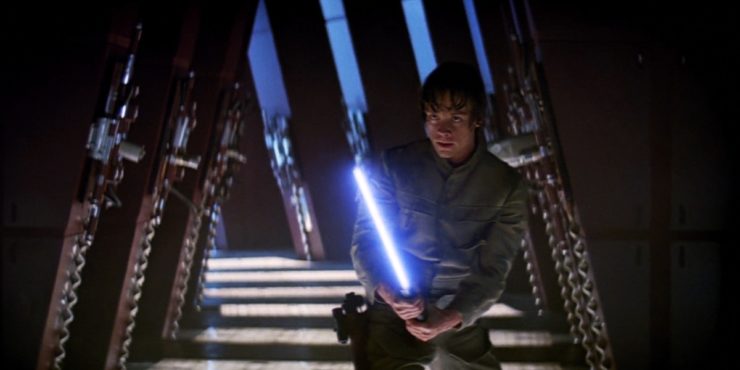 Luke Skywalker’s lightsaber may seem basic in comparison to many others on this list, but his lightsaber has history. Once the possession of his father, Anakin Skywalker, this weapon was used at some of the most pivotal points in Star Wars history. From the raging battles of the Clone Wars to the fall of the Jedi to the rise of the First Order, this lightsaber has been a part of many galaxy-changing moments.

The first time this lightsaber appears on screen in its full glory, it was given to Luke by Obi-Wan Kenobi, Anakin’s former friend and mentor; and it is through this lightsaber that the Jedi legacy continues. It has since been handed down to Rey, Luke Skywalker’s final apprentice, as she learns the ways of the Force. 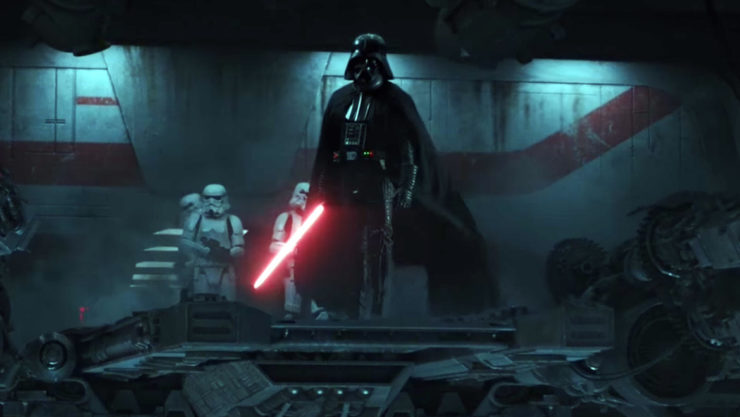 Darth Vader’s red lightsaber is the symbol of Imperial might and the dark side of the Force in the Star Wars universe. The first time we see the Sith Lord wield his deadly instrument, he uses it to strike down Obi-Wan Kenobi in their final duel on the Death Star. Dealing a fatal blow to his former master, Darth Vader displayed the destructive power of the lightsaber and the imposing strength of the dark side.

The Sith have a long-established tradition of killing Jedi, taking their lightsabers, and using their dark powers to “bleed” the kyber crystal contained within. This causes the kyber crystal to turn red, which they then use to power their own weapons. Darth Vader took his crystal from Jedi Master Kirak Infil’a, who he confronted after the Jedi Purge. Since then, Vader has used his lightsaber to strike fear in the hearts of any who oppose him. 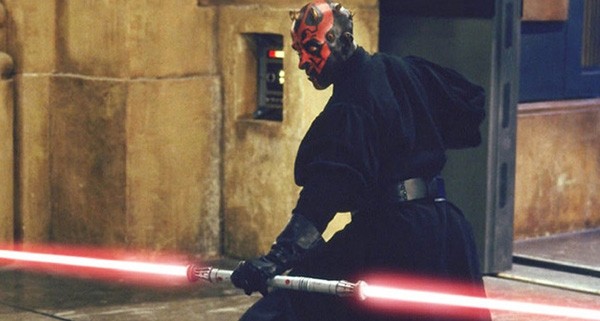 Years before Darth Vader came to prominence, Darth Maul served as an apprentice to Darth Sidious. Darth Maul was the first Force user to unleash the double-bladed lightsaber on screen. With red blades that extended from both ends of the hilt, this lightsaber posed a serious threat to anyone who crossed Maul’s path.

A weapon designed for both offense and defense, Darth Maul’s lightsaber complemented both his mastery of the Force and his deadly fighting skills. Maul’s lightsaber was destroyed in his battle with Qui-Gon Jinn and Obi-Wan Kenobi, but he went on to use a similar double-bladed lightsaber that he crafted to resemble a cane. 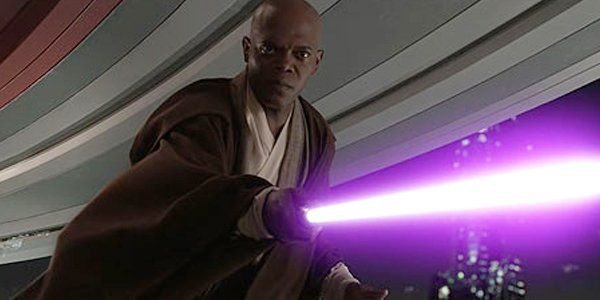 Unique among the Jedi warriors of the Clone Wars, Jedi Master Mace Windu’s lightsaber featured a purple blade. Appointed as a Jedi General of the Grand Army of the Republic, Mace Windu used his iconic lightsaber at many important points during the Clone Wars in an attempt to put an end to the conflict. Among his many notable feats, Windu used his lightsaber to defeat Jango Fett, the bounty hunter whose genetic material was used to create the clone troopers that served in the Republic’s army.

Mace Windu also used his lightsaber to confront Darth Sidious, who defeated the Jedi Master and sent him to an untimely death. Lost in the battle with Darth Sidious, Mace Windu’s lightsaber plummeted to the depths of the planet Coruscant, never to be seen again. 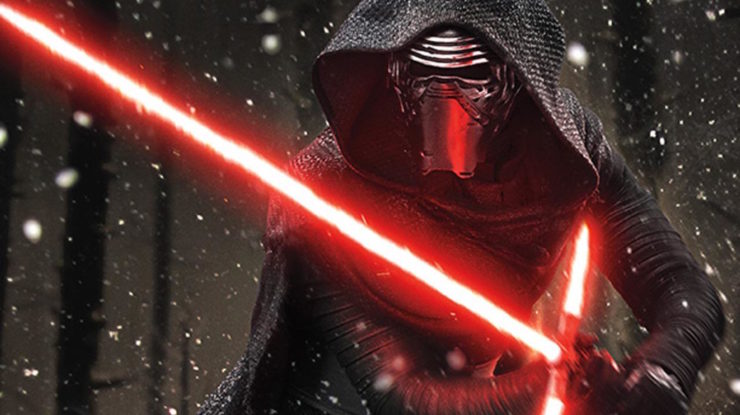 Harkening back to an earlier age in the Star Wars universe, Kylo Ren wields a crossbeam lightsaber. Powered by a fractured kyber crystal, its unsteady beam serves as a reflection of Kylo Ren’s unstable character and wavering connection to the dark side of the Force. Full of deadly intent, Kylo Ren used his lightsaber to kill his father, the revered Rebel leader Han Solo.

Kylo Ren has also used the lightsaber in combat many times, most notably against the runaway First Order Stormtrooper, Finn, and his aspiring Jedi companion, Rey. As the Supreme Leader of the First Order, even his own troops know that it’s best to avoid Kylo Ren when he unleashes his lightsaber in a fit of rage. 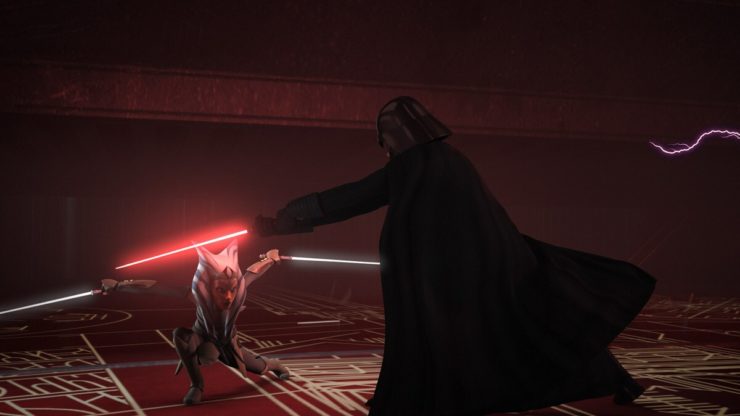 Anakin Skywalker’s former Padawan wields two lightsabers with white blades that she uses with expert ability. Disillusioned with the Jedi Order, Ahsoka decided to forge her own path, leaving Anakin and her Jedi life behind. Even on her own, Ahsoka was a formidable warrior who had proven herself countless times in the Clone Wars.

In hiding after the Jedi Purge, Ahsoka was attacked by an Inquisitor called Sixth Brother. After killing him, she took the red kyber crystals from his lightsaber and used the power of the Force to cleanse them, changing their color to white. She then used the crystals to create a new set of lightsabers of her very own—the same lightsabers she later used to fight Darth Maul, the Inquisitors, and her former Jedi master turned Sith Lord, Darth Vader. 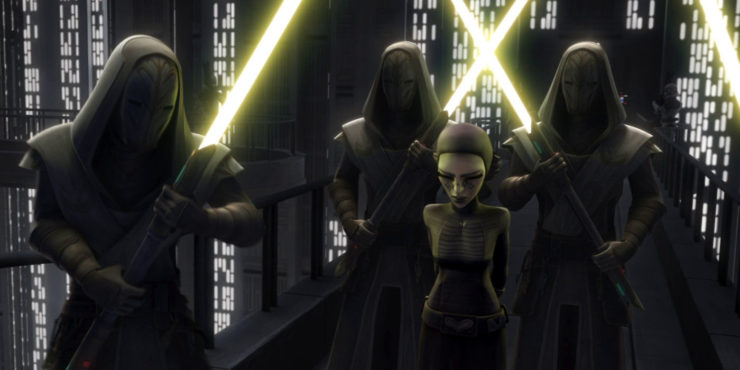 Selected from the ranks of the Jedi Order, Jedi Temple Guards used lightsaber pikes to defend the temple on the planet Coruscant and ensure that its secrets remained safe from any who would dare attempt to enter without an invitation. Unlike standard lightsabers, lightsaber pikes had longer shafts and shorter blades that could be activated on each end of the pike.

One of the most infamous members of this group of protectors was the Grand Inquisitor, a former Jedi Temple Guard who pledged his allegiance to the Emperor and the dark side of the Force after the deadly Jedi Purge that ended the Republic. 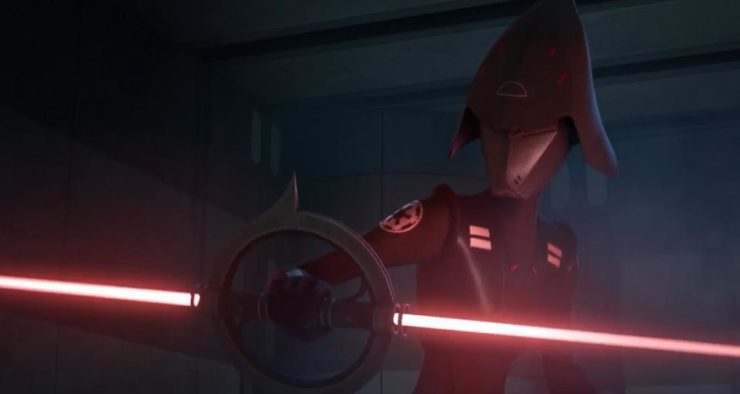 Led by the Grand Inquisitor, the Inquisitors were a group of former Jedi who had turned to the dark side after the Jedi Purge and became agents of Emperor Palpatine. The Inquisitors used lightsabers that were designed to make up for any deficits in their abilities. These double-bladed weapons could rotate at a high speed, providing an extra challenge for their opponents.

The Inquisitor’s lightsaber could also be used as a transport device, carrying them over short distances when held over their heads. Trained and commanded by Darth Vader, the Inquisitors used these weapons to hunt down the remaining Jedi. 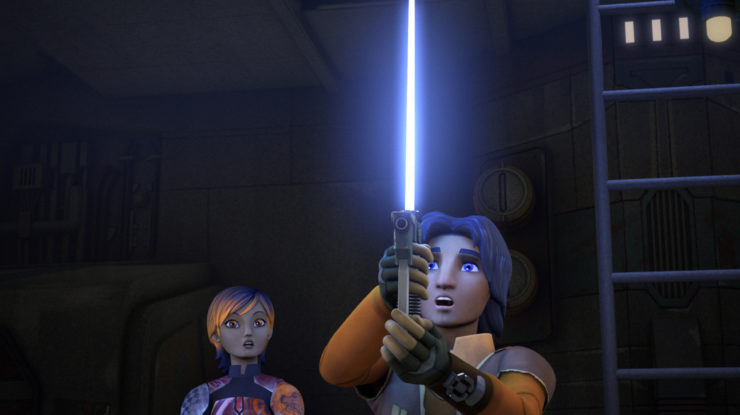 Ezra Bridger grew up in the shadow of the Empire, and his piecemeal Jedi training was conducted while he was on the run from Imperial forces. Because he wasn’t able to undergo formal Jedi training, Ezra and his mentor, Kanan Jarrus, had to make adjustments. Though Ezra had the instincts of a Jedi, his skills were initially rough around the edges.

In his early years, Ezra lacked complete mastery of his weapon. So, Ezra’s first lightsaber was designed with a blaster integrated into the hilt, offering the fledgling Jedi several different ways to defend himself from the Empire’s deadly agents. Ezra would later go on to craft a more traditional lightsaber, but his first weapon stands out as an example of Jedi ingenuity. 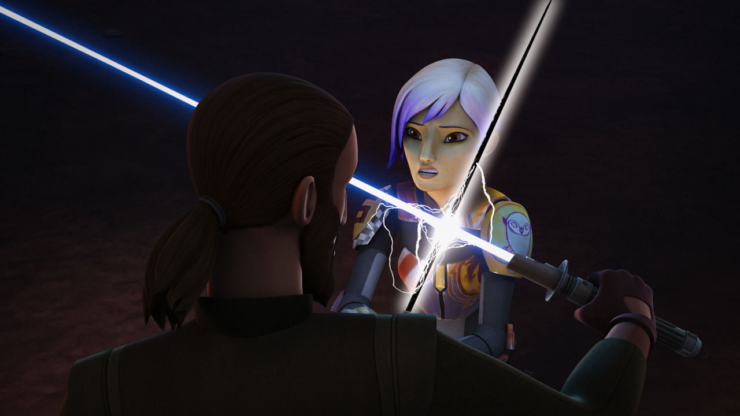 This one-of-a-kind weapon was originally the property of Tarre Vizsla, the first Mandalorian to become a Jedi. After his death, the weapon was held in the care of the Jedi Order but was later stolen by a group of Mandalorians who used it as a symbol of strength and pride. The Darksaber has passed through many Mandalorian hands over the centuries, and it also temporarily came under the ownership of the former Sith Lord, Maul.

In the preview for the upcoming Star Wars trailer, we see a Rey dressed in dark robes and wielding a double-bladed lightsaber with a hinged hilt. While this may be the first time that audiences will see this type of lightsaber in the movies, it isn’t a first for fans of the show Star Wars: Rebels.

This type of weapon was previously featured in Rebels as part of the Jedi Temple Guard’s arsenal. What this means for Rey and the future of the Jedi is remains uncertain. Only the Force knows.

Which Star Wars character has your favorite lightsaber? Let Your Geek Sideshow and let us know in the comments below!