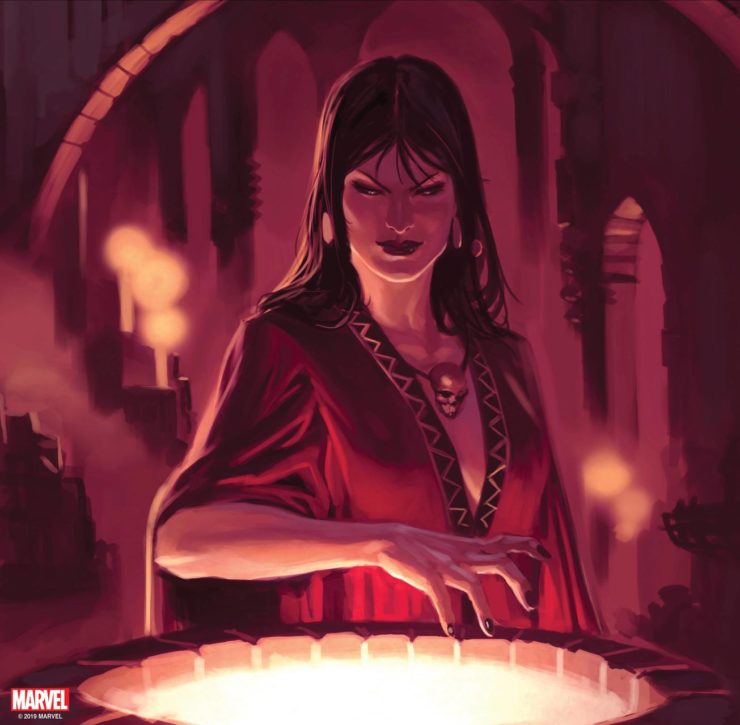 Marvel has announced that actress Elizabeth Hurley, known for her work in Gossip Girl, will play the sorceress Morgan le Fay in Marvel’s Runaways Season 3.  Morgan le Fay is a powerful and villainous enchantress, who will clash with the runaway super-teens in their next adventures. Seasons 1 and 2 of Marvel’s Runaways are currently streaming on Hulu.

The DC Universe streaming service has officially cancelled Swamp Thing after only one episode debuted on the platform. The live-action sci-fi drama will still premiere its remaining ten episodes but will not return despite the warm reception the debut episode received. Swamp Thing is currently streaming on DC Universe, along with shows like Titans and Doom Patrol.

Disney has announced scheduling for this summer’s D23 Expo, which will reportedly include major updates for Star Wars and Marvel. Fans will get a first look at upcoming original content for the Disney+ streaming service, and Marvel’s Phase 4 plans are rumored to be announced. Tickets for D23 Expo are currently on sale, and the convention will run from August 23rd-25th.