It’s been over a year since Netflix first announced its plans to reboot of one of the most beloved witchy TV shows of all time.

Any initial thoughts that the returning show would be based on the ‘90s happy-go-lucky Sabrina the Teenage Witch sitcom starring Melissa Joan Hart came to a crashing halt when Netflix described it as, “a dark coming-of-age story that traffics in horror, the occult and, of course, witchcraft.” The upcoming Sabrina show is firmly based in the Archie Comics Chilling Adventures of Sabrina, which, need I say, is the more macabre version of original ‘70s comic book series.

Unluckily for diehard fans, Netflix has actually been tight-lipped about the juicy details of the reboot. The show premieres on the streaming service on October 26th and just a few weeks ago, released its official trailer:

It’s been over a year since Netflix first announced its plans to reboot of one of the most beloved witchy TV shows of all time. Any initial thoughts that the returning show would be based on the ‘90s happy-go-lucky Sabrina the Teenage Witch sitcom starring Melissa Joan Hart came to a crashing halt w

So, what do we actually know about the reboot? Better yet, what do we absolutely need to know about Chilling Adventures of Sabrina? Look no further. We’ve come prepared.

This is not your average teen drama show. It’s based on the horror comic that drops Satanic references that are a dime a dozen, after all. The trailer alone is enough to give anyone a bit of pre-Halloween heebie-jeebies. In it, we can see where the Spellman family lives- you know, the ever cozy Spellman Mortuary. There are also blue flames, which are typically not the best omen, along with spellbooks, evil rituals, and generally occult decor.

Perhaps, this explains why we so prominently see a demon (or the devil himself) in the teasers and trailers for the series. It definitely goes to show how truly the showrunners are keeping to their original vision—an attempt to match the mood of both Rosemary’s Baby and The Exorcist.

The show was created by Roberto Aguirre-Sacasa, Riverdale showrunner 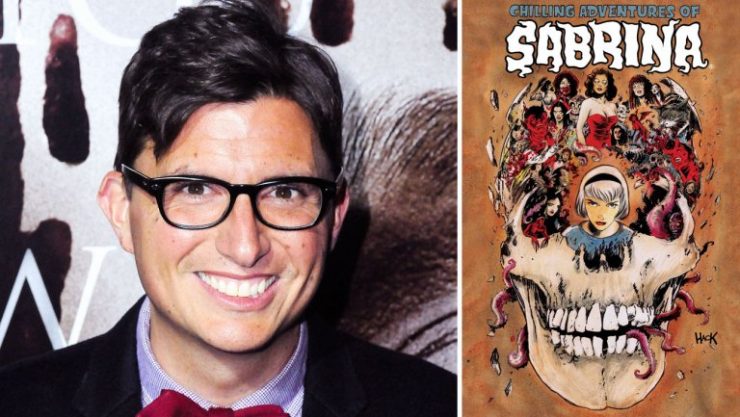 Crossover much? We can only hope. What we know for certain is that there is no one more qualified to oversee this series than Roberto Aguirre-Sacasa. Not only is he chief creative officer for Archie Comics, but he also wrote the original Chilling Adventures of Sabrina.

As if that’s not enough, he has also proven himself in the horror genre, co-writing the screenplay of 2013 film Carrie. He certainly flexes his talent for turning squeaky-clean stories into sinister versions of themselves through Riverdale.

That’s right, ghouls and gals. What was originally supposed to be a companion show for Riverdale has already been confirmed for 2 seasons and a whopping 20 episodes. The worst thing about this is having to restrain yourself from binge watching yourself into a chilly coma. 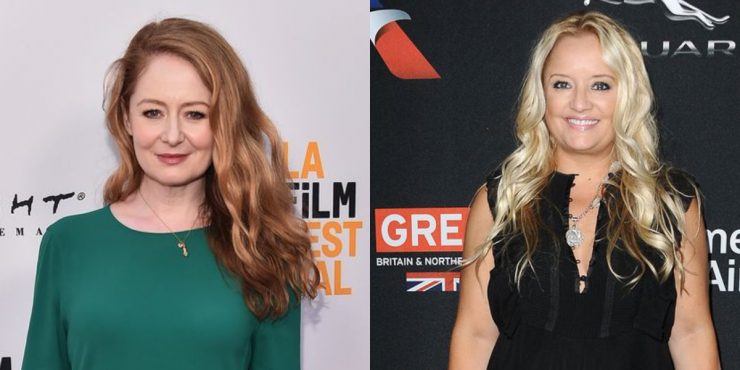 Despite the reboot’s drastic shift away from the original, it just wouldn’t be the same without Sabrina’s guardians. Aunt Zelda will be played by Miranda Otto, who is well acquainted with the fandom world as she played Éowyn in Lord of the Rings. The much more lighthearted Aunt Hilda is played by Lucy Davis, who has shown her comedic chops in the U.K. series The Office.  She’s also recently been in Wonder Woman as Etta Candy.

Before you welcome Sabrina’s aunties so quickly, keep in mind they will most likely be as ghastly and spooky as everything else. They did eat corpses in the comics… 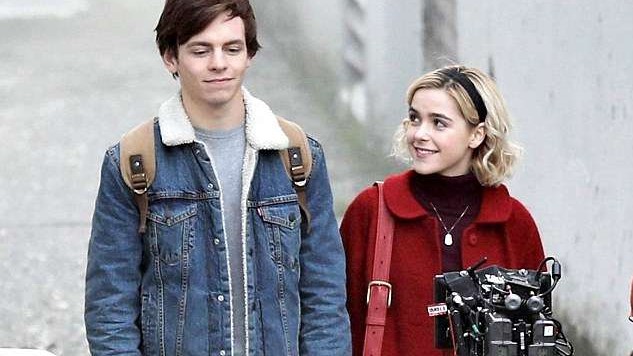 This show may be dark, but even a half-mortal, half-witch needs a little love in her life. That means one thing for Sabrina: Harvey Kinkle. Disney star and boyband member Ross Lynch will play the iconic role.

Who better to play Sabrina’s first love than someone coming from a bubblegum pop background in addition to starring in My Friend Dahmer? Lynch starred as the serial killer himself, and something is telling me this version of Harvey won’t be so innocent. 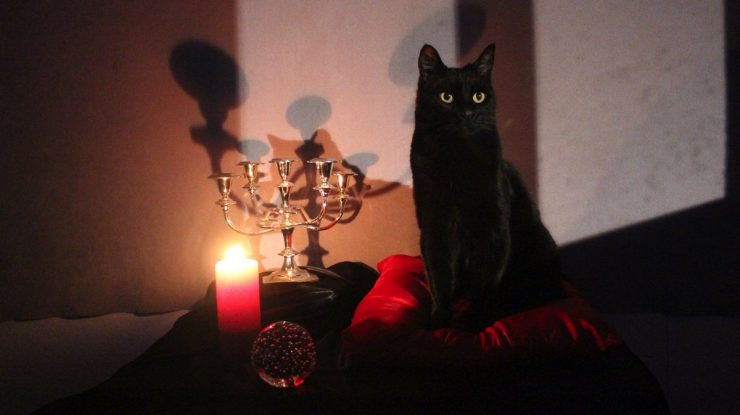 Because really- what would any Sabrina reboot be without a witch’s trusted black cat? And just like in the ‘90s sitcom, Salem is speculated to also serve as Sabrina’s familiar. The latter of which comes from folklore that defines familiars as demonic animal guides served to protect and aid witches in their magical pursuits.

A recently released clip from the show teased a demonic shadow creature speaking to Sabrina before morphing into the familiar, well, familiar. Whether the rebooted kitten speaks as famously as he did in the sitcom is still left to be discovered on October 26th when Chilling Adventures of Sabrina airs.

Will you be streaming Chilling Adventures of Sabrina when it hits Netflix on October 26th?  Let Your Geek Sideshow and let us know what you’re most excited to see in the comments below!