Sideshow’s goal is to connect you with the characters you love and a community to share your passion with. That’s why we love to hear about how you embrace fandom in your daily life!

We want to feature you and your pop culture story through the Fandom Connection Spotlight, sharing true stories of global geeks just like you! We’ve asked collectors to tell us what pop culture means to them personally, and now we’re highlighting the heartwarming, nostalgia-filled fandom.

Hey there! Please introduce yourself.

I’m Shanon K., from the California Bay Area. I’m a fan of Marvel, DC, Star Wars™, The Simpsons, Avatar: The Last Airbender, Teenage Mutant Ninja Turtles, Lord of the Rings, professional wrestling, and so much more!

Did someone like a family member, friend, or anyone else get you into pop culture? 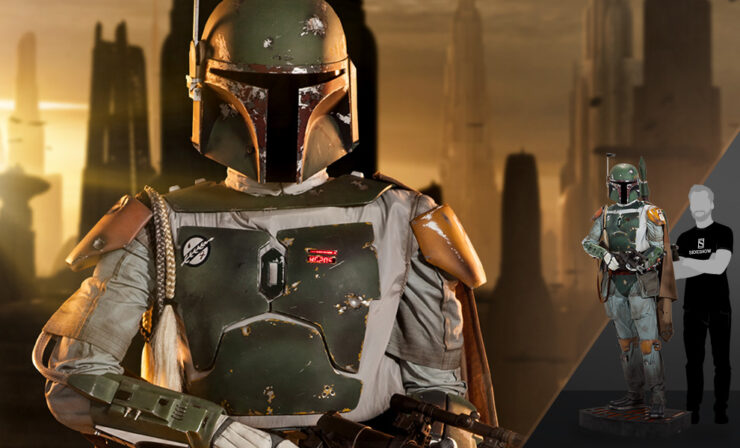 My father grew up as a comic book collector and Star Wars fan. He showed me Star Wars: A New Hope™ when I was very young, but I couldn’t sit through it. Suddenly all my friends in elementary school were hyping Star Wars marathons on cable TV. That got me thinking that maybe my dad was onto something. Was Star Wars cool?

So, I sat down and watched the original trilogy. Honestly I still didn’t get it. One day after school, I walked by some older kids. They were drooling over a Boba Fett™ figure in its original packaging, talking about how valuable it was. That’s when I started noticing Star Wars figures at toy stores. I decided to get a stormtrooper™ and keep it in its packaging. My dad thought it was a good idea and he started doing it too!

We spent all our time together going on the hunt. Since my parents were divorced, that was precious time. We amassed quite a collection and it spread into other fandoms. Collecting those Star Wars figures gave me a new appreciation for the character designs, weapons and vehicles. Then I really started paying attention to the movies and I GOT IT!

What is your earliest geeky memory? 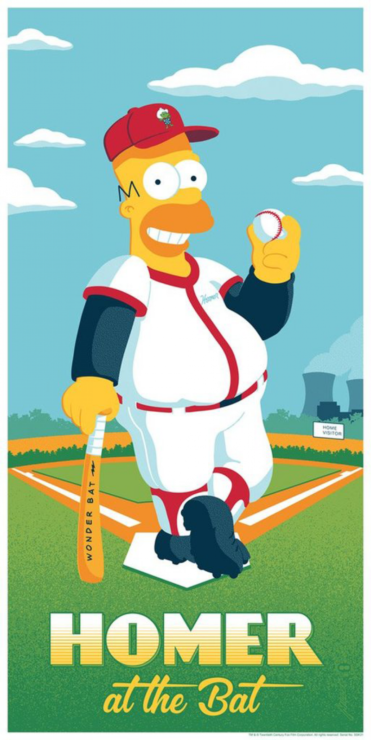 I’ve known my wife since we were both seven years old. We didn’t become close until much later in life, but I do have a fond geeky memory from the early days. I remember walking with her during recess at elementary school.

We were re-enacting a scene from The Simpsons where Homer decides to chomp at air, and if a pie happened to fill that air, it was its own fault. He starts chomping and hits his head on a stove fan. The Simpsons was one of my favorite shows back then so it was a special moment. We re-enacted the scene over and over and just laughed at ourselves.

Nine years later, I walked by her in the halls of our high school. She was geeking out over how cool Legolas was in The Two Towers. I thought to myself, “Wow! She’s really cool.” One year later we formed a friendship via mutual friends. We started hanging out, watching movies and TV shows. She went off to college about a 2.5 hour drive away. We still managed to catch movies every now and then and really got into Avatar: The Last Airbender.

We were officially in a long distance relationship at this point. I sent her homemade Avatar valentines and she cosplayed a character for me. I think about these geeky moments often. It’s what led me to finally popping the question.

What are your favorite fandoms?

Marvel and Star Wars are at the top of my list. I check for news daily and much of my collection is devoted to these two fandoms. In my office building, my desk is directly across from our company logo. I would look up and see plain white letters popping out from the wall for almost a year. Finally I asked our admin if I could throw up my Star Wars figures to spice things up. She agreed and it got a lot of attention.

Since my collection was quite large, I decided to try to switch up the logo each month. I started using construction paper to transform the letters into different characters. After almost a year of doing this, I was given a budget to buy new collectibles and props. I was also given software to make designs and access to jumbo printers. No more construction paper for me!

When the pandemic struck, I lost that monthly challenge to create something new and geeky for the office. Thank goodness Sideshow had me covered with Cobbled Cosplay, giveaway challenges, Facebook discussions and more. I really needed these things to stay creative and keep me challenged. Even writing this survey response now is very therapeutic. Thanks!

How do you engage with your fandoms?

I’ve been a collector since I was about nine years old. I estimate having around 2,000 collectibles.

When other kids were going on dates in high school, I was at home posing my wrestling figures in their full scale ring. When other employees were earning an “honest living” at my work, I was under my desk making a diorama of the battle of Hoth. Someone asked if they could buy it for their kids and I told him my collection is priceless!

I do take photos of my collectibles but don’t consider myself a high roller. My pics have gotten some attention during Sideshow’s Collect a Day May, so I do consider that an honor.

Do you have a favorite pop culture-related life experience?

I didn’t even have tickets to his show at the time, but I designed a funny T-shirt to get Conan O’Brien’s attention at SDCC 2018 about a month before the convention. Luckily my little sister won the ticket lottery for one of his shows. The win was huge as five other family members lost.

The morning of the show, I started waiting in line at 2 AM to get front row seats. I secured the tickets, put on the shirt, got to the venue, and waited for the cameras to finally go live. Conan came out, noticed my shirt, and motioned me to come up on stage.

Afterwards he said it was one of the greatest shirts he’d seen at Comic-Con. He’s an idol of mine so that compliment meant the world to me. The segment lasted about a minute. It was everything I had envisioned. An absolutely incredible day!

Have you ever traveled for a fandom-related reason?

SDCC 16 years in a row! If a collectible I’m searching for pops up on my radar, I’m there! I also love going to the movie theater for big releases.

So, what are you waiting for? Let’s make that connection!