Happy Women’s History Month! Not only is it the perfect time to honor real-life women’s countless contributions in history, but as a bona fide geek, I feel it is my sworn duty to shine a spotlight on the multifaceted fictional women in our media. These women empower and elevate youth across the globe to live authentically and rise above obstacles.

So, without further ado, I’ve compiled a list of my favorite sci-fi women on TV – the ones that kick ass, take names, and suffer no fools.

While there are many incredibly multifaceted and tenacious women in The Expanse universe, Drummer is without question my favorite. She’s my bosmang, sa sa ke (Translation: She’s my bossman, you know?)? Drummer epitomizes strength and resilience. She knows what it’s like to live at the end of the Earth and Mars’ leash as a woman from an oppressed people.

Yet, she laughed in the face of danger, spat on the oppressors, and fought tooth and nail to make sure Belters had a seat at the table. Drummer stood up to Marco Inaros, the most dangerous man in the universe, and incessantly sacrificed her safety for Belters even with a hefty bounty on her head.

After combining forces with Earth and Mars to defeat Marco, Drummer became President of the Transport Union and fulfilled her objective to enact equal rights for her fellow Beltalowda (Belters). If you look up “badass” in the dictionary, Drummer’s face is next to it.

If I saw Battlestar Galactica’s Kara “Starbuck” Thrace barreling toward me in a dark alley, I’d immediately run the other way. This cigar-smoking, welcome-to-the-gun-show-toting Viper pilot clashed with her superiors, but her seeming overconfidence is part of what made her indispensable as a fighter. Kara spared no thoughts for what others thought of her and followed her gut instincts while usually defying authority in the process.

Kara bravely sacrificed her life to save Galactica from a Raider, a Cylon spacecraft, while Lee “Adama” Apollo witnessed the decimation of her Viper. Then, she returned as an angel to lead humanity to find a permanent home on a second Earth. Kara continued to serve even after her death — that’s genuine loyalty, folks. May she always hear nothing but the rain. 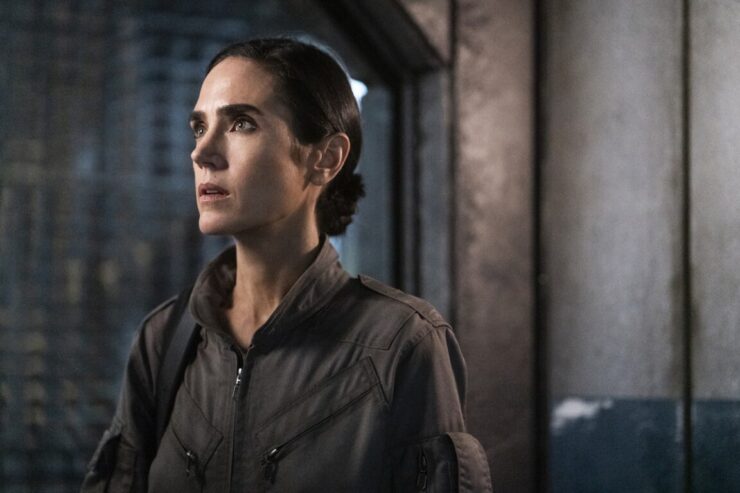 Melanie Cavill undoubtedly had the best arc on Snowpiercer, redemption or otherwise. Although, I might be biased since Jennifer Connelly’s one of my favorite actresses. Initially, we believed Melanie was the antagonist of the series. She paraded about as the Head of Hospitality on Snowpiercer, claiming Mr. Wilford, the train’s boss, was simply a recluse.

However, Melanie was running things behind the scenes, acting as Head Engineer and enforcing the class divides in a totalitarian manner. But when Andre Layton’s revolution leveled the playing field and ensured equality across all classes, Melanie’s lie came to light, as did her cruel acts.

Thankfully, Melanie redeemed herself and later sacrificed her life by camping out in an isolated research station in the tundra to collect data regarding the Earth’s potential warming. Through her death, she became the key to humanity’s survival.

Melanie’s whip-smart intellect, resilience, pragmatism, resourcefulness, and desire to become a better person make her worthy of admiration in my eyes. Whether she’s gone, though, remains to be seen.

When in doubt, summon The Cavalry. Melinda May, a former agent of S.H.I.E.L.D./current professor at the Coulson Academy, kicks all the baddie ass and then some. When we first met her on Marvel’s Agents of S.H.I.E.L.D., she was a woman of few words — a stoic pillar of calm. Melinda had no patience for fools; instead, she overpowered them with her impressive fight skills.

Eventually, Melinda opened up, and we were privy to her vulnerabilities. She’s a big ol’ softie underneath that hardened exterior! Her tenacity and grit are second to none, and her loyalty to her loved ones is ironclad. She’ll travel to the ends of the Earth, to the future and back, for those she loves.

If I had to assemble a team of top-tier agents to save the world from insidious, all-powerful forces, I’d choose Melinda May 10 times over. 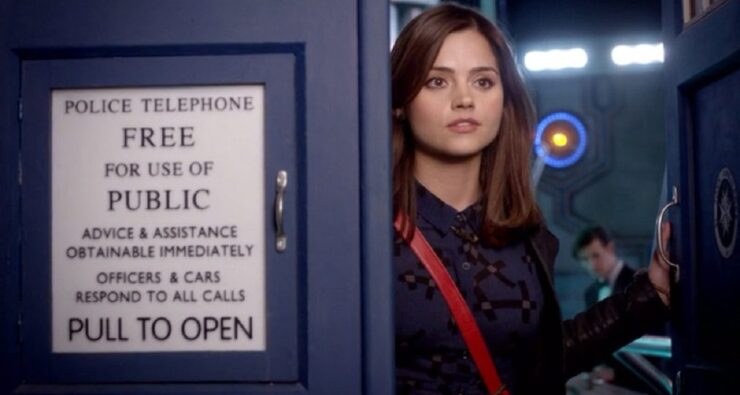 Clara Oswald typically gets a bad rap in the Whovian fandom — I’ve seen folks decry her as too “bossy,” arrogant, and someone who wrestles attention away from the Doctor. Sure, viewers misconstrued her assertiveness for bossiness, but Clara dared to call the Doctor out on his sh*t when he was wrong. In my humble opinion, she was one of the most well-rounded, nuanced companions on New Who.

Clara’s solid moral compass and compassion for others led her to save the Earth, the universe, and the Doctor countless times. Her cleverness and vim and vigor kept the Doctor on his toes. But, most of all, standing tall in the face of her inevitable death is what solidified Clara Oswald as one of my favorite sci-fi characters.

Her reaction to staring death in the face might be one of the most realistic I’ve seen. There was no bravado or fake fearlessness. She had to convince herself to “be brave” because she was scared. The Doctor could save Clara, but she willingly sacrificed herself to clear her friend Rigsy’s name.

Fun fact about me: I have her quote, “Let me be brave,” tattooed on my arm in my late grandmother’s handwriting.

Captain Malcolm Reynolds would be nothing without his right hand, Zoë Washburne. This calm, cool, and collected former corporal of the Browncoats was “career military” and indeed used to diving headfirst into dangerous situations. She was an integral member, the first mate, aboard Serenity. Her stoicism and demeanor perfectly complemented her husband Hoban “Wash” Washburne’s wisecracking, sometimes carefree personality.

Zoë’s assertive, take-charge attitude, proficiency as a fighter, and keen intellect make her an unstoppable force and an asset on any ship. Plus, after Wash tragically perished, Zoë gave birth to their daughter and raised Emma on her own as a widow.

It undoubtedly wasn’t easy to grieve a loss while caring for another life, but if anyone could pull it off, it was Zoë Washburne. She’s tough-as-nails — no, tougher.

Who’s your favorite female sci-fi character on TV? Let us know in the comments and don’t forget to Let Your Geek Sideshow!