Since 1987, the many worlds of Final Fantasy have captured the hearts and imaginations of gamers everywhere. From the in-depth, long-form storytelling, to the unique and relatable characters, to the beautifully composed music, it truly is a series that has something for everyone.

While the gameplay, worlds, and characters can change from game to game, there are usually a few things that remain consistent. Themes, images, and ideas that let you know that the gaming adventure you are about to embark on is one with a massive legacy.

And, of course, there are the critters. Familiar creatures that appear again and again throughout the various games, even though the landscapes and environments may change drastically. Obviously, there are far too many monsters to list here, from the sleek feline Coeurl to the deadly poisonous Malboro, but there are a few that stand out above the rest as some of the most iconic of the series.

So here is our field guide to some of Final Fantasy’s most recognizable creatures.

Perhaps the most well-known creature from the worlds of Final Fantasy is this giant gold-feathered flightless bird. Chocobos have appeared in nearly every Final Fantasy game, and with good reason. These lovable land-fowl can serve many purposes in your heroic adventures, such as being a speedy rideable mount to cross rough terrain, or being summoned into battle to lend a sharp talon when fighting a strong boss monster. 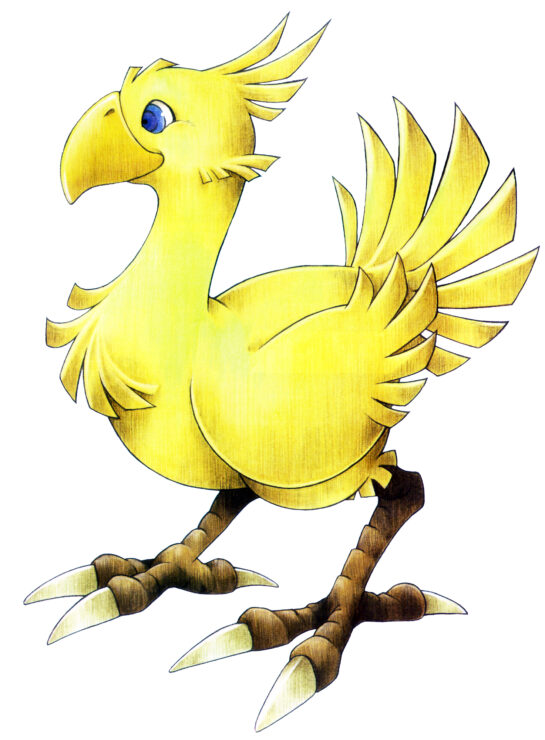 While yellow is the classic coloring for these feathered friends, Chocobos actually come in a variety of sizes and colors, each with their own unique abilities. For example, blue chocobos are expert swimmers, while black chocobos have the rare gift of flight. If you are lucky, you might even come across the rare Fat Chocobo, who is said to be the king of the birds. All hail the thicc king. 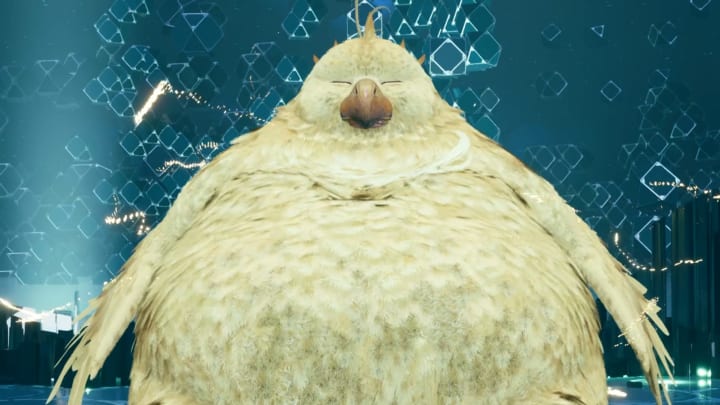 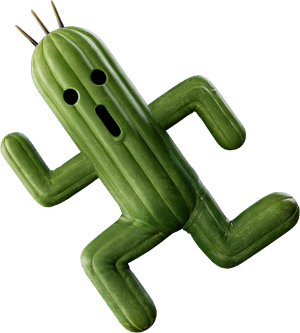 Sometimes friend and sometimes foe, these tiny territorial cacti monsters usually populate the desert landscapes of various worlds. Most times they will just bounce about and quickly skitter away from people who wander into their territory. However, when a cactuar feels threatened, you should be prepared for a devastating attack. Those needles are not just for show, and a cactuar can fire thousands of them at you with the explosive rate of a machine gun.

However, they can be tamed, and many adventurers have praised their cactuar’s assistance in felling massive foes much, much larger than themselves. That is, if you can manage to catch one. The little guys are known for their speed, and getting one to join you without becoming a walking pin cushion may be more trouble than it’s worth. 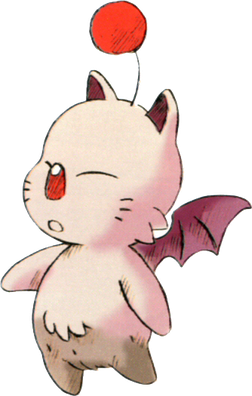 If there is one critter on this list that you want to cuddle, it’s probably the moogle. These fluffy flying koala bears have helped many a hero on their quest.

Whether it be by providing helpful hints and tips, chronicling the hero’s adventures, or even joining the party and fighting against the dastardly forces of evil, Moogles just always seem to be in the right place at the right time, willing to lend a hand.

And while they usually can only speak in their own language (which mainly consists of variations on the word “Kupo!”), some moogles are extremely intelligent, and many are capable of learning human speech. Additionally, they are creative, hard-working, loyal, and absolutely love to dance. So come and join the moogle dance party! 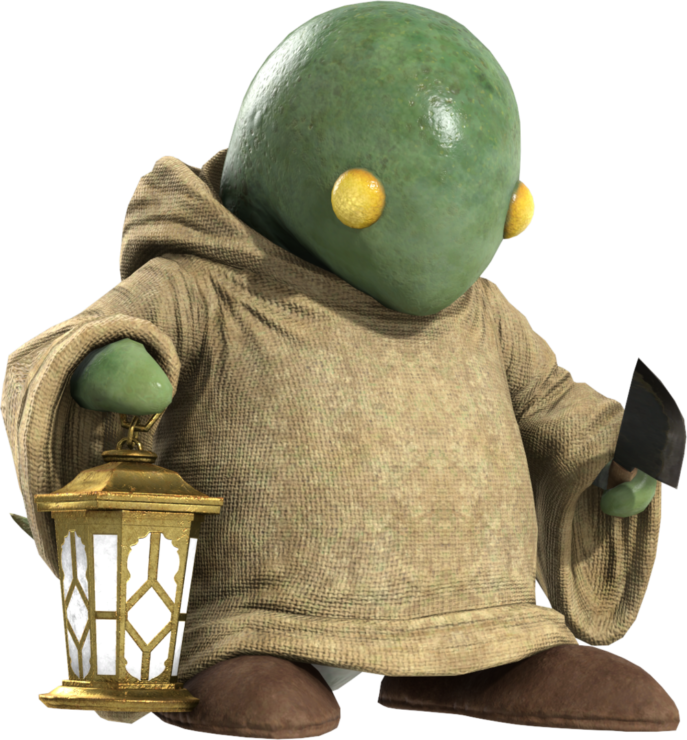 Let’s say you are on an adventure that takes you through a dark cave. As you make your way through the dank dripping stalactites, you see a faint light up ahead. When you get closer to it, you can see that it appears to be a lantern shining in the darkness. It is being held by a small robed figure. Very small. He can’t be more than three feet tall.

When you approach him, you see a green, turtle-like head turn to look at you. He has cold, yellow, emotionless eyes, and he starts to walk toward you in a non-aggressive, meandering waddle. In his hand is a small silver chef’s knife.

Let Your Geek Sideshow and tell us your thoughts in the comments!