According to Redanian Intelligence, a website dedicated to all things related to The Witcher, Netflix has cast actor Kristofer Hivju, known for playing Tormund Giantsbane in Game of Thrones . Hivju will play Nivellen, from the Witcher short story called “A Grain of Truth”, where Geralt of Rivia discovers a mysterious manor in the forest where a monstrous cursed nobleman dwells. We’ll see Kristofer Hivju as Nivellen when Season 2 of The Witcher premieres in 2021.

According to reporter Daniel Richtman, Season 2 of The Witcher has begun filming. Similar reports were made last week, but nothing has been officially announced. While we don’t know much about Season 2, we do know that writers were working on the story even before the series premiere in December. 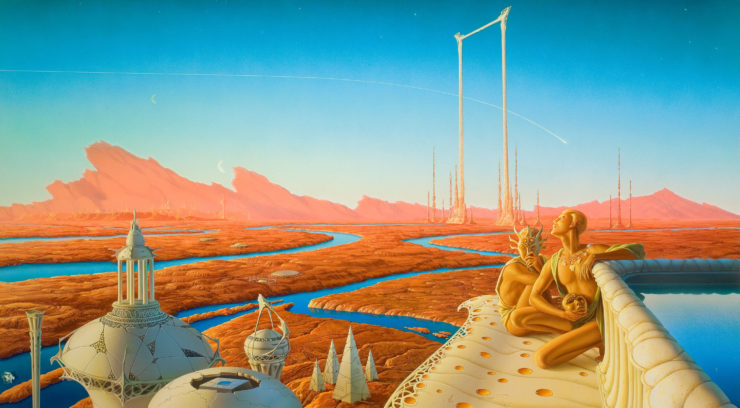 According to The Illuminerdi, Guardians of the Galaxy director James Gunn is set to work on a series adaptation of author Ray Bradbury’s collection of short stories called The Martian Chronicles. The original collection of stories follows a group of humans from Earth that try to settle on Mars, and their conflict with local Martians. There is no further news about the possible Martian Chronicles series at this time.

The Clone Wars: The Bad Batch Clip, New Photo from What We Do In The Shadows, and more!