Game of Thrones Then & Now- Let Your Geek Sideshow Podcast

Warning! This podcast contains spoilers for Game of Thrones Season 8!

From across time and space, and throughout the multiverse, listen as multiple generations of geeks come together to discuss the iconic characters, events, and franchises that make up the very fabric of pop culture as we know it. 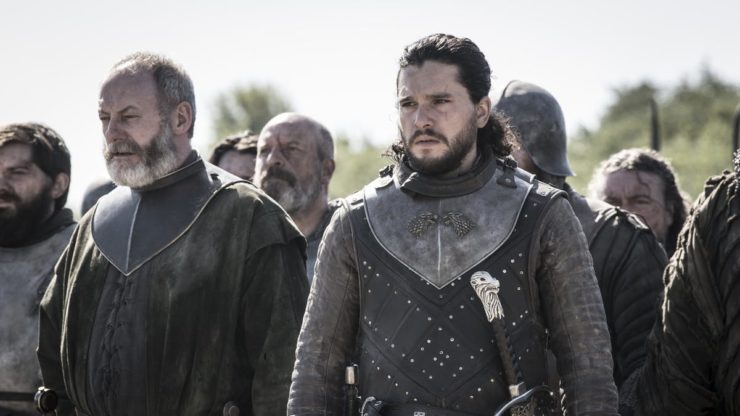 Winter has come… and gone. While the sun has set on one of the most wildly popular television shows of the last decade, the bittersweet series finale left many fans looking for more. But in some parts of the franchise, winter is still coming eventually- right?

Game of Thrones is a worldwide phenomenon, born of the epic fantasy novel series A Song of Ice and Fire. But with HBO’s adaptation finished and the last two books frozen in an indefinite state of being written, where can fans turn for the future of the franchise? And where did this epic saga begin?

However long it lasts, winter is still here. And after that, the spring. Although A Dream of Spring seems like nothing but a distant thought at the moment, there is no denying that the world of A Song of Ice and Fire has drawn fans in and captured the popular imagination- from fan theories about how it should have ended to the popularization of baby names like Khaleesi and Arya, we’ve all played the Game of Thrones in one way or another.

And by the looks of it, the game isn’t over just yet.

If you’re looking to dive into the world of Game of Thrones for yourself, check out these sources:

DC's Lobo Gets His Own Series on Syfy, Epix Releases a New Pennyworth Trailer, and More!