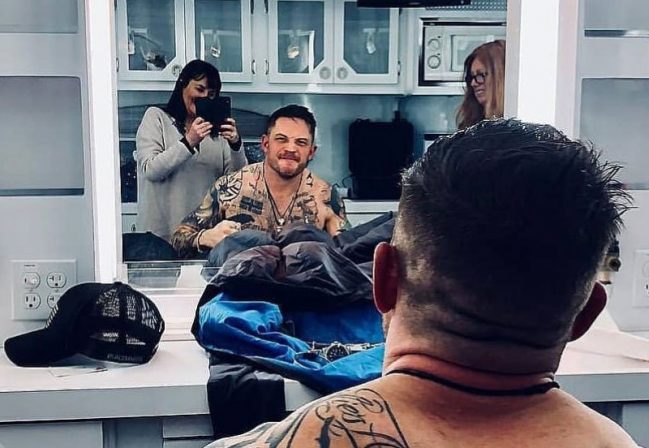 According to an Instagram post by actor Tom Hardy, Sony’s Venom movie has wrapped filming. Hardy posted a behind the scenes image from the secretive set along with the caption, “Wrapped. Life back. Bye.” Venom opens in theaters October 5th of this year. 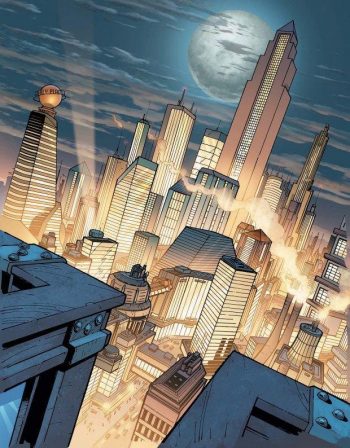 Warner Bros. has ordered a 13-episode, live action drama called Metropolis to launch on the upcoming DC Digital streaming service in 2019. The project is being written by two Gotham producers, and will follow the City of Tomorrow before the arrival of Superman, while Lois Lane and Lex Luthor investigate the bizarre secrets of Metropolis.

Actress Jamie Lee Curtis has shared a photo from the set of the new Halloween film, where she is returning to her role as Laurie Strode. She captioned the Instagram image with, “First shot. Halloween 40 years later. Same slate. Same Laurie.” Directed by David Gordon Green, Halloween hits theaters October 19th of this year. 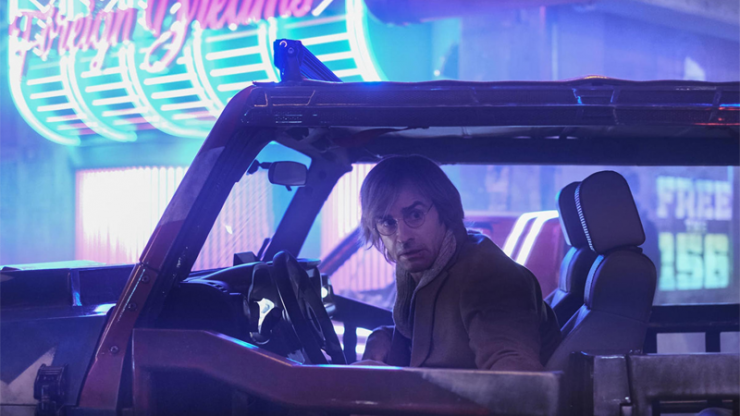 Netflix has released the first trailer for the upcoming original film Mute, directed by Duncan Jones. The sci-fi thriller takes aesthetic inspiration from Ghost in the Shell and Blade Runner, and follows a mute bartender, played by Alexander Skarsgard, who must search the criminal underbelly of the city to find his missing girlfriend.

The Walking Dead creator Robert Kirkman will produce a film based on his comic series called Birthright, from Skybound Entertainment. The comic tells the story of a family whose young son goes missing for a year, only to return as a full-grown man who has spent most of his life trapped in a fantasy world.