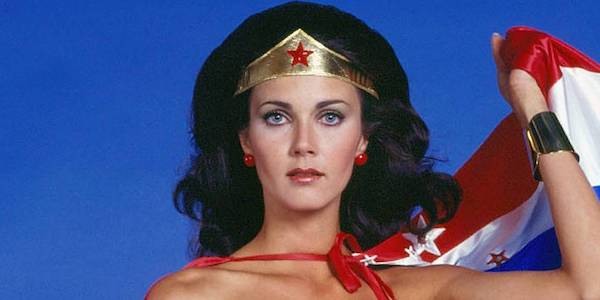 Actress Lynda Carter will be honored with a star on the Hollywood Walk of Fame in a ceremony scheduled for April 3rd. Carter is best known as the star of the 1970’s Wonder Woman television series, and recently appeared in the CW Supergirl show. Patty Jenkins, director of the recent Wonder Woman film, is scheduled to speak at the event.

Actor Ross Lynch has just joined the cast of the Netflix Sabrina the Teenage Witch reboot. Lynch will play Sabrina’s boyfriend Harvey Kinkle, who is considered “the prince charming of this dark fairytale”. Based on The Chilling Adventures of Sabrina, this one-hour drama series has no Netflix premiere date yet.

Jon Hamm has just been cast alongside Natalie Portman in the upcoming space drama Pale Blue Dot. The film will explore the theory that astronauts can lose touch with reality after prolonged periods in space. Pale Blue Dot is written by Noah Hawley, known for his work on Legion and Fargo.

Actors Jordan Peele and Keegan Michael-Key will be voicing two deceitful demon brothers in the new stop-motion Netflix film Wendell and Wild. Henry Selick, who previously worked on The Nightmare Before Christmas and Coraline, will direct the movie for Netflix. Selick and Peele will co-write the script for Wendell and Wild.