The first trailer for Ghostbusters: Afterlife has been released by Sony Pictures, teasing a nostalgia-driven ride in the Ecto-1 next summer.

The first trailer for Ghostbusters: Afterlife has been released by Sony Pictures, teasing a nostalgia-driven ride in the Ecto-1 next summer. https://www.youtube.com/watch?v=ahZFCF–uRY The third chapter in the original Ghostbusters universe follows a single mom and her two kids as they arrive in a s

The third chapter in the original Ghostbusters universe follows a single mom and her two kids as they arrive in a small town and begin to uncover the secret legacy left behind by their grandfather.

Picking up 30 years after the events of Ghostbusters 2, the trailer poses the question “Who You Gonna Call-back?” as Jason Reitman’s direct sequel to the original series is haunted by subtle connections to the past.

So grab your proton pack and prepare to catch as many Easter eggs, references, and callbacks as you can. 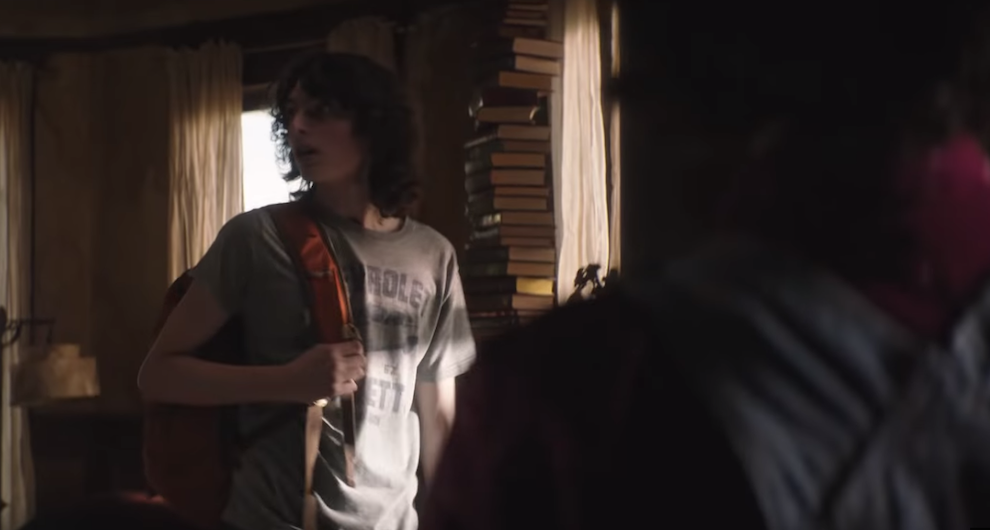 The trailer depicts the family at the center of the Afterlife story taking refuge beneath a table as the town shudders with an earthquake. A tower of books piled up from the floor to the ceiling can be spotted in the background of the scene.

Peter Venkman (Bill Murray), Ray Stantz (Dan Aykroyd) and Egon Spengler (Harold Ramis) fell upon a similar “symmetrical book stacking” in the basement corridors of the New York Public Library in the first film, as Peter declared, “No human being would stack books like this.” 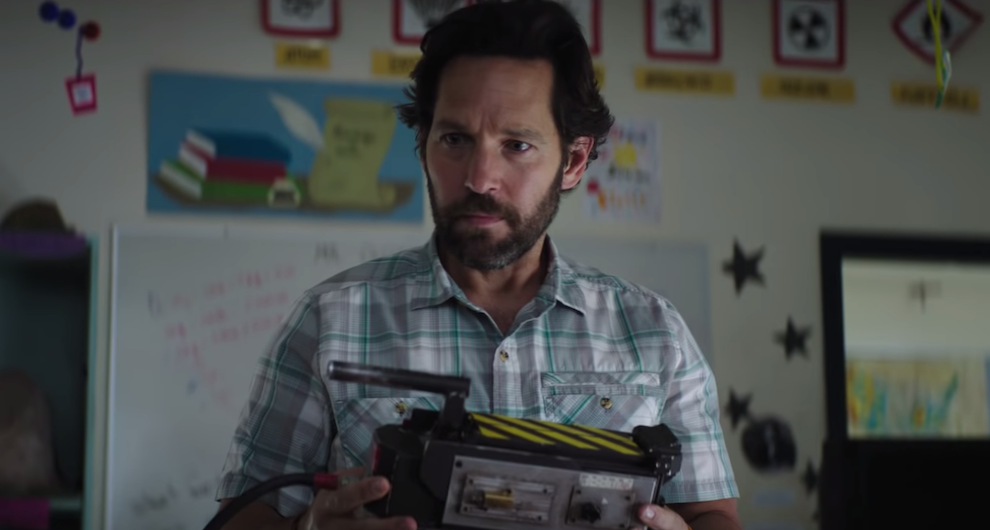 At around the one-minute mark of the trailer, Mr. Grooberson (Paul Rudd) picks up a Ghostbusters “replica” ghost trap to closely examine it, as a chilling three-note piano motif plays over the top of the clip.

This familiar-sounding arrangement of notes is built into Elmer Bernstein’s score, supplementing a scene in the original film in which the ghoul-gunning team encounter a spirit in the New York Public Library.

The Manhattan Crossrip of 1984 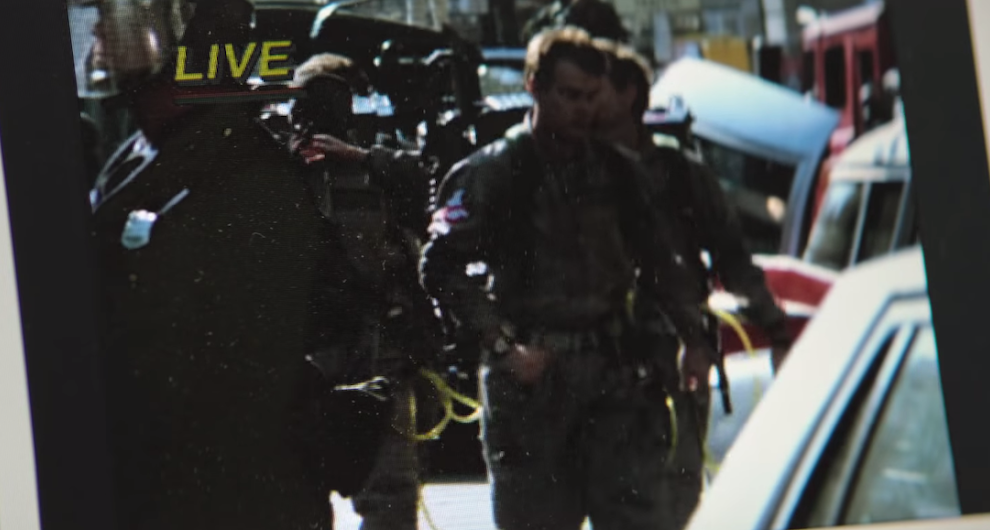 As part of his spooky schooling, Grooberson pulls up video news footage of “The Manhattan Crossrip of 1984” to educate a couple of curious kids on the paranormal activity that once engulfed the city.

Alongside throwback recordings of Peter, Egon, Ray and Winston Zeddemore (Ernie Hudson) marching through the streets of New York, a small slice of Bernstein’s original score creeps in to signify something strange.

In a blink-and-you’ll-miss-it callback to the original films, science-obsessed Phoebe (Mckenna Grace) slides down a fireman’s pole to reach the basement of a rundown shed in the backyard of her grandfather’s “creepy old farmhouse.”

This nifty mode of transport is the same as the one located inside the Ghostbusters Headquarters Firehouse, which the titular quartet used as the home base for their ghostbusting enterprise. 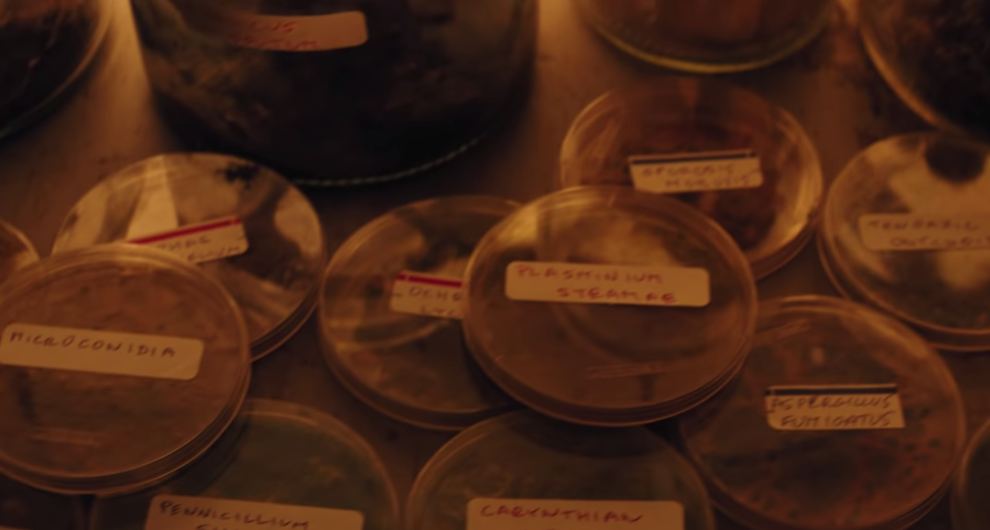 On the ground floor of the shed, the camera slowly pans around the dimly lit room to reveal an assortment of old relics, gadgets and gizmos, including the Proton Pack, designed by Egon and Ray back in 1984.

One cluttered tabletop houses a collection of sealed Petri dishes with various labels to categorize the microbes inside, serving as a direct reference to Egon telling Janine Melnitz (Annie Potts) that he collects “spores, molds, and fungus” in the first Ghostbusters film. 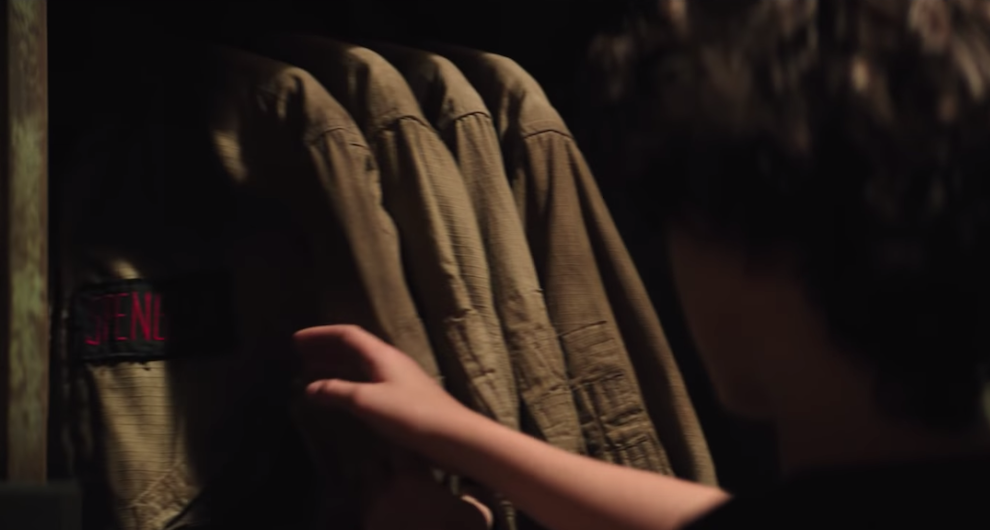 With her inquisitive mind, Phoebe “picks through the rubble” of her late grandfather’s life, as she explores a crowded underground chamber where she stumbles upon a closet, occupied by a set of familiar brown jumpsuits.

She pulls one of the uniforms back to check out the chest patch, which has the name “SPENGLER” stitched across it, which appears to be the final major clue in regards to her grandfather’s identity.

While none of the original Ghostbusters make an appearance in this trailer (outside of the archived news footage), a familiar voice provides a sound bite over the closing montage of clips.

“Call it… fate, call it luck, call it karma,” Peter says. “I believe everything happens for a reason.”

This exact line of dialogue is heard in the original film, as Peter digs deep when he delivers his philosophical pep talk to Ray after being kicked out of the university for their unorthodox methods. 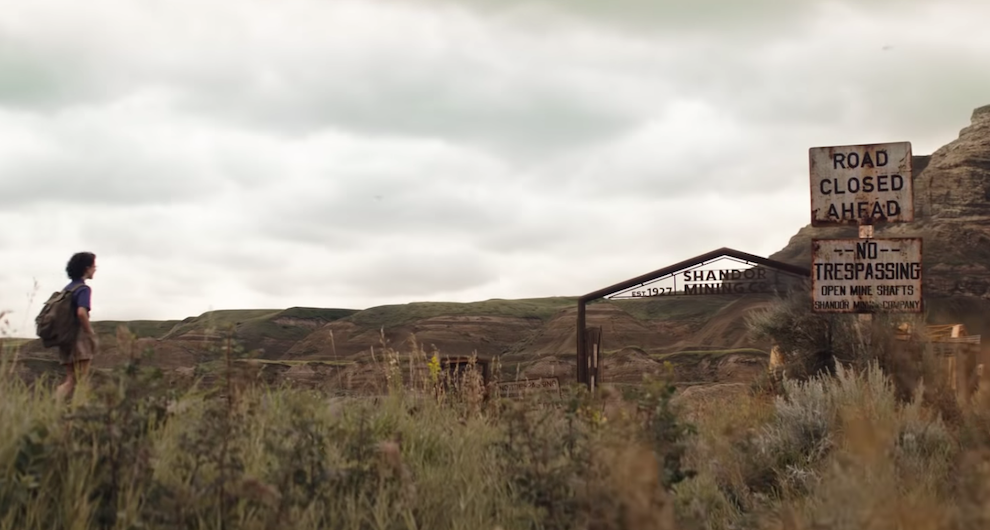 In one clip, Phoebe and her classmate approach a desolate site, where they walk through a pair of rusting gates with a “Shandor Mining Co.” sign positioned above the tarnished archway.

Ivo Shandor famously designed the apartment building where Dana Barrett (Sigourney Weaver) resides in New York City. Egon shared this fact in the original Ghostbusters film, as he claims to have discovered the information in Tobin’s Spirit Guide. 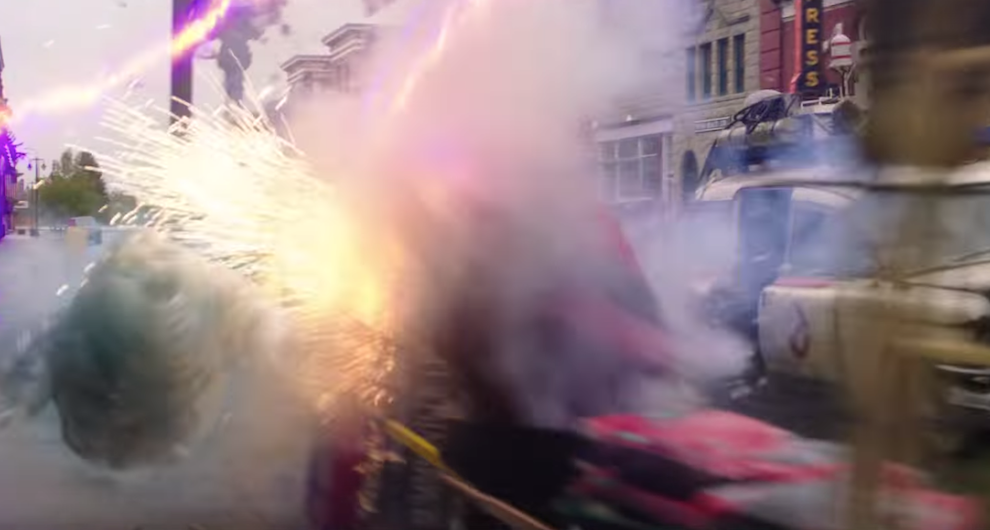 After uncovering the Ecto-1, the new kid on the block, Trevor (Finn Wolfhard), revs up the engine and speeds through a field as the next generation of ‘busters chase after a similar-looking entity to Slimer, who has made multiple appearances throughout the franchise.

These brief glimpses of the voracious green ghoul indicate that “a Focused, Non-Terminal, Repeating Phantasm, or a Class 5 Full-Roaming Vapor” might re-emerge as an ectoplasm enemy once again. 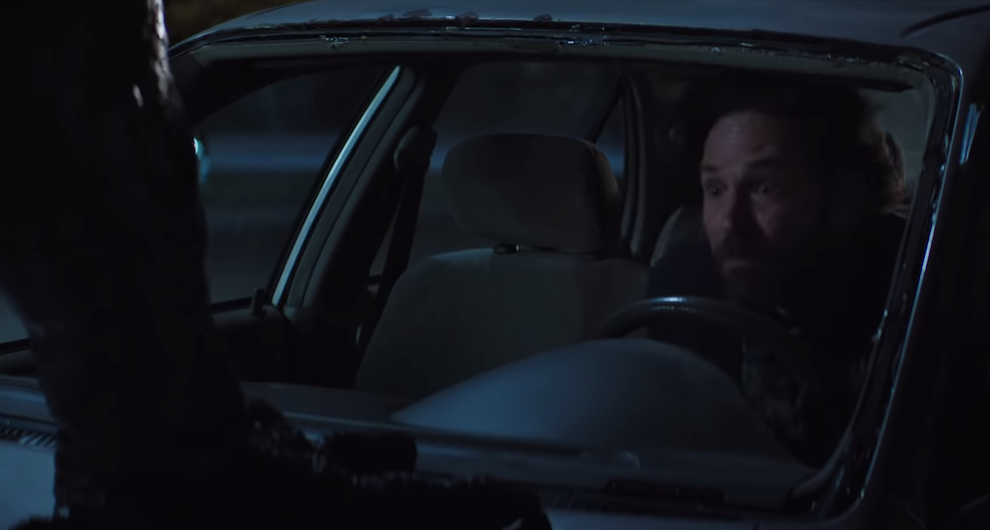 Towards the end of the trailer, we catch sight of a recognizable beast from Ghostbusters, as a huge claw crunches down on the hood of Grooberson’s vehicle, inciting terror with its ferocious growl.

The most famous two-horned terror togs were loyal servants to Gozer the Gozerian, known as Zuul and Vinz Clortho, who once took possession of the bodies of Dana and Louis Tully (Rick Moranis) in the original film.

Ghostbusters: Afterlife will be released on July 10, 2020.

What is your favorite Easter egg, reference, or callback hidden within the Ghostbusters: Afterlife trailer? Did you spot any other secret clues to decode?

A League of Their Own: The Best Indie Comic Movies