The newest episode of Then & Now focuses on Green Arrow, as Susan and Kitty discuss DC’s emerald archer who takes after legends like Robin Hood, and battles for justice with a bow and arrow. 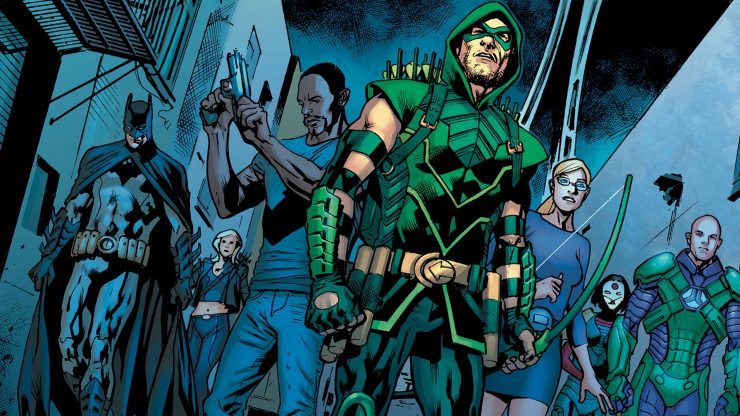 When paired side by side with Amazons, Kryptonians, and Martians, Green Arrow always stays on target with his belief that justice can be delivered simply and effectively by the heroes of the DC Universe.  He protects Star City with his skills as well as his morals, and often provides a much-needed human element to varying team compositions of DC’s elite superheroes.

This grounded nature became the launchpad for the CW’s Arrow television series, and the “ArrowVerse” that followed, ushering in an age for heroes like The Flash, Supergirl, and the Legends of Tomorrow.

If you are interested in following Green Arrow throughout DC Comics and the CW Arrowverse, be sure to check out the following comics and shows: