Halloween Events in Gaming You Can Play Right Now- Among Us, Dead By Daylight, Overwatch, and More

Sometimes your friends want to know just how you can log so many hours into one game. Haven’t you run out of things to do yet?

Well, if you’re a gamer, you know the truth is that most of the biggest games have seasonal events and there are always new content, missions, and items to discover. Spooky season is no exception. In fact, this year there are so many wonderful Halloween-specific events in-game that give tricks, treats, and other ghoulish delights.

Here are the best Halloween 2020 events in games you can play right now (in no particular order): 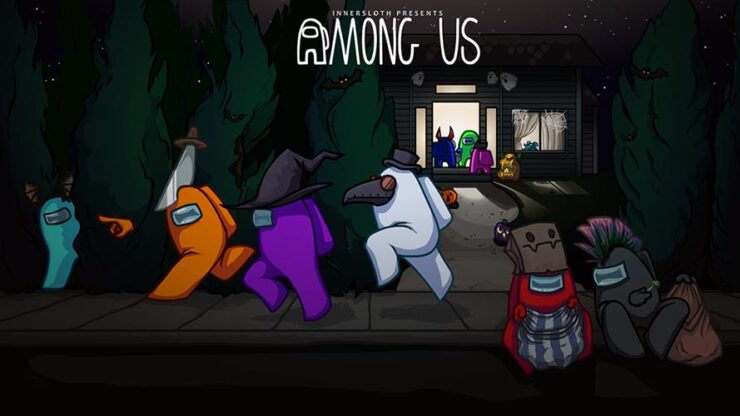 Among Us: Halloween Update (Innersloth)

At this point, there is no way you haven’t heard of us Among Us. The indie game is currently experiencing a revival unlike any other, and developers aren’t slowing down, not even to enjoy a trick or treat themselves. From now until Halloween, play with friends or online users with special in-game items and fun decorations on two of its maps.

For cosmetics, dress up your crewmate with bat wings, a black cat or witch hat, or a terrifying ski mask. Then, explore the Skeld or Mira HQ and find cute bats, ghosts, and other Halloween props scattered through the levels as you try to complete your tasks and avoid death lurking in the halls. 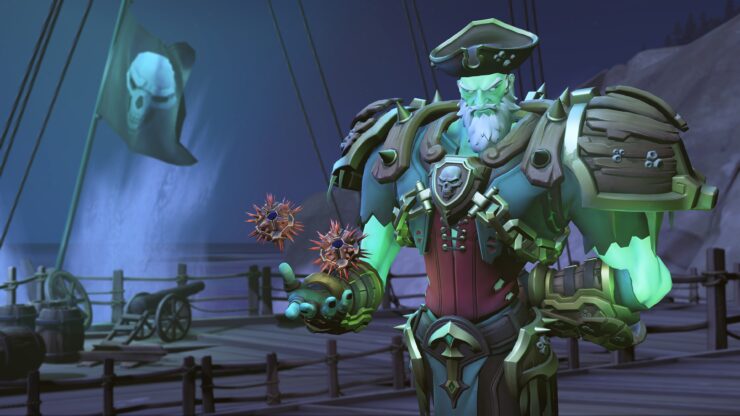 It’s that time again: Overwatch celebrates its fifth annual Halloween Terror. All the best aspects from the past are back which means Junkenstein’s Revenge challenges and zomnics are here to wreck players in the cyber world.

In Junkenstein’s Revenge, players team up to battle against robo-zombies and other horrific foes. The event also includes limited-time skins, loot boxes, and more. It’s a classic Overwatch event formula that players just can’t get enough of. 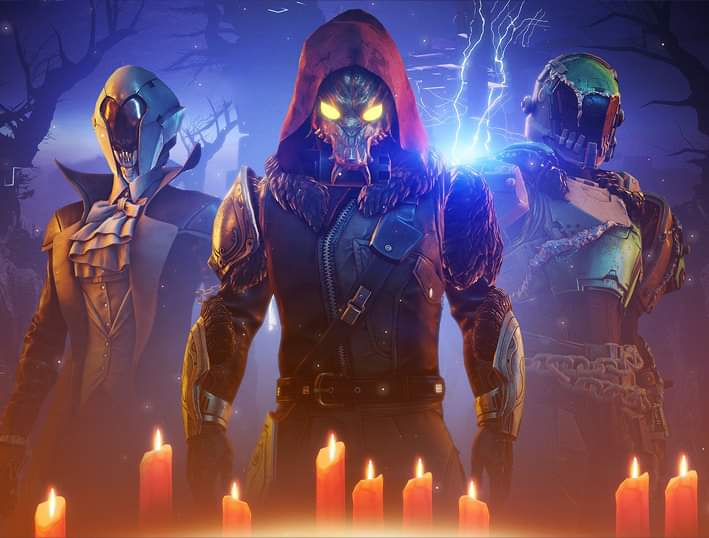 Destiny 2: Festival of the Lost (Bungie)

Destiny’s third yearly Halloween event is back and players are in for a treat: old favorites and new adventures await them. Eva Levante and the Haunted Forest are a welcomed sight for annual ghoulish gamers.

Players can earn festive rewards like Candy and Chocolate Strange Coins in exchange for special rewards from Eva. Lucky guardians can even earn the exclusive Braytech Werewolf and Horror Story auto rifle, too. 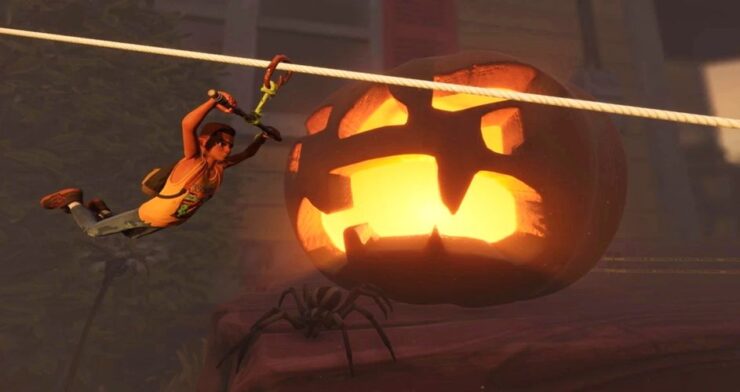 Obsidian’s survival game is not skipping out on the creeptastic festivities either. The multiplayer “Honey, I Shrunk the Kids”-style base building game that is set in The Backyard is all decked out and ready to be explored. There are Halloween items scattered all around (anyone like candy corn?). Some items are purely aesthetic, like the Jack-O-Lanterns, but there are also several craftable and playable themed items.

And not too far from the pond, there is a new seasonal Landmark: Frankenline which is an interactive Frankenstein-inspired Etch-a-Sketch. On an unrelated note, not specific to October 31st but included in the update, Grounded now has ziplines. Players can whiz through the yard and enjoy the autumn landscape from an aerial view. 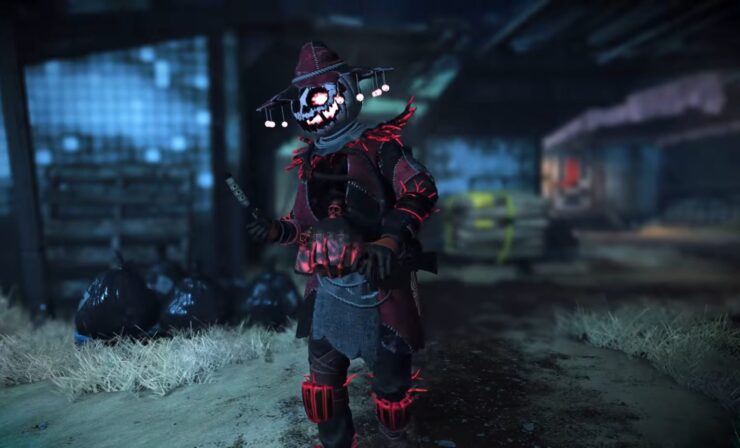 Zombies and the resurrected are classic Halloween monsters. Now they are synonymous with Apex Legends’ Fight or Fright Event as the seasonal update allows fallen players to return to life in shadow form.

But revived players won’t be the idle and mindless corpses we often see in zombie flicks. Resurrected teammates are very much active, fast, and useful; Shadows can fight and help win matches.

Shadow-form players aren’t the only ghostly addition. Win challenges to earn wicked rewards or visit the store for holiday cosmetics. 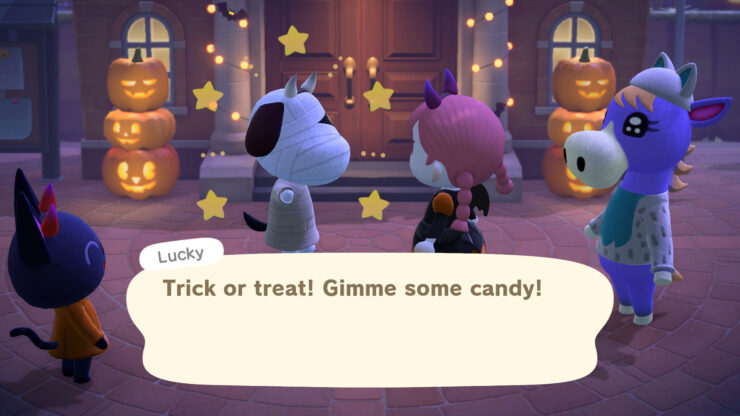 Animal Crossing’s latest update is the equivalent of apple picking in the fall in a cashmere sweater: It’s cozy, peaceful, and enjoyable all season long. Like the game itself, the fall event is adorable. There’s nothing spooky about it.

Decorate islands with pumpkin decor, grow a pumpkin farm, and search for holiday recipes. There are new face paint options and a plethora of new clothing items so characters can dress up to their hearts’ content. 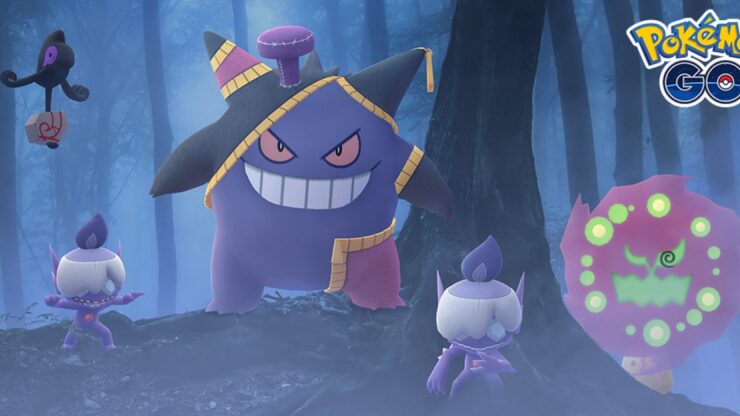 Pokémon Go has always been special, since it grants players reasons to step foot into the outside world. Trick or treating may be canceled this year, but the mobile game still gives players a reason to walk around the old neighborhood.

This Hallows’ Eve, swap out candies for Ghost-type Pokémon, compete in GO raids for special costumed Pokemon, or participate with A Spooky Message Unmasked. Just be sure to stay safe while catching them all this Spooktacular! 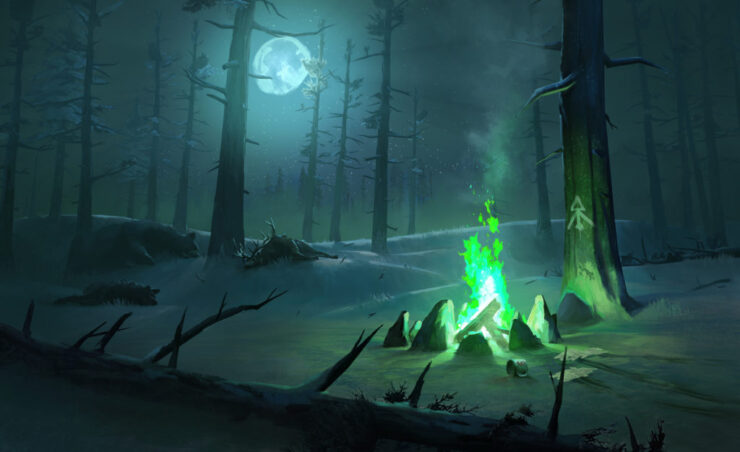 At first, The Long Dark doesn’t seem like it would fit with Halloween but on closer inspection, you’ll see the two go together like peanut butter and jelly. The cold and wooded atmosphere and survive-or-die-goal is actually perfect for October gaming.

This time players won’t just be surviving the great outdoors, though. Hinterland Studio challenges survivalists to persist against “an invisible, malevolent entity bent on your destruction”. The Darkwalker can’t be stopped or defeated, either. See how long you can survive against the ghastly entity in real-time. 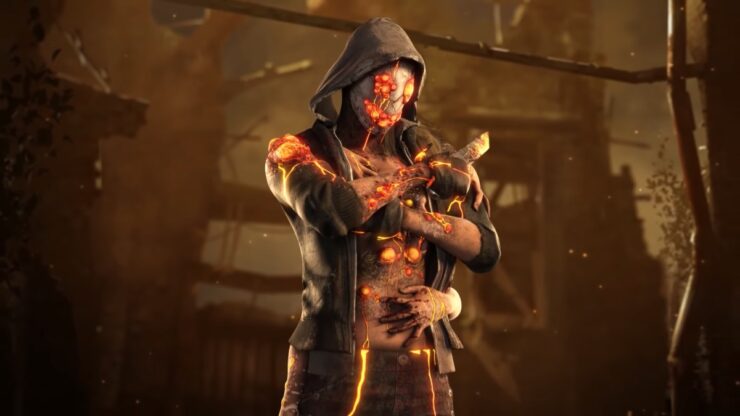 This isn’t a ranked list but if it were, Dead by Daylight would still be in this spot. The online multiplayer game is just too perfect for the frightful season.

Twitch usually hosts DBD tournaments on October 31st but if you want to get in on the action and play against friends, The Eternal Blight will keep you busy the week of Halloween. There will be extra-sinister sacrificial hooks, generators, and special items to help both survivors and killers.

These include an All Hallows’ Eve Lunchbox medkit, special terrifying add-ons for killers based around the Pustula serum, and new Halloween props in certain maps. (Yes, even in Haddonfield.)

Which gaming Halloween event do you plan to join? Let us know in the comments below!

Moon Knight Gets a Director, Cyberpunk 2077 Delayed, and more!