In this new episode, Susan and Kitty are clowning around as they talk about the Maid of Mischief herself, the Joker’s best gal, as she paints the town red and black and white with her antics. From her animated origins to taking the big screen, it’s Harley Quinn Then & Now! 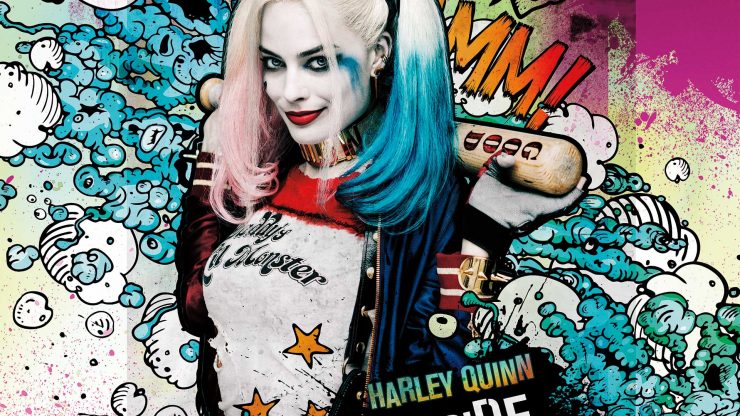 All focus is on the Maid of Mischief herself, the Clown Princess of Crime in Gotham City- Harley Quinn. From her animated origins as the Joker’s best gal to breaking away and becoming an antihero all her own, Harley Quinn has been a complex and comedic figure throughout her history.

From studying psychology to being just plain psycho, Harleen Quinzel’s life was forever changed at the Arkham Asylum when she met the Joker.  First introduced in the Batman: The Animated Series episode “Joker’s Favor,” Harley was always intended to be a one-off character, just another gag in Mistah J’s bag of tricks.  However, she proved popular and was written not only into more of the series, but made the jump to comics in the Batman Adventures books.  Her backstory was fleshed out, revealing that she had once been a successful psychologist, hired to study the patients and inmates of Arkham Asylum.  Her dangerous and unstable relationship with the Joker became a major focus of her early characterization.

In more recent years, as Harley has been adapted across comics, television, and even film, she has become a more antiheroic figure.  She acts on her own compassion, crazed ideals, and a skewed sense of justice.  Not without her humor, Harley Quinn has a wide network of other villains and even heroes with whom she partners to fight even worse criminals, or do some bad things for good reasons.  She’s gone from the Gotham City Sirens to the Suicide Squad, trying to leave her past as a supervillain behind.  Margot Robbie was the breakout hit of DC’s Suicide Squad film in 2016, bringing the character to life on screen for the first time.

As one of the most popular characters in all of pop culture, it’s difficult to imagine what might have happened if Harley had remained a one-off character.  There is so much to be said about her, so be sure to listen along to our podcast to hear our thoughts!

If you are interested in following Harley Quinn throughout the DC Universe, be sure to check out the following sources:

What happens when pop culture enthusiasts from different generations swap tales of their favorite modern and classic characters? Let Your Geek Sideshow presents… Then & Now– a pop culture podcast!

And don’t forget to check out all the DC Collectibles and figures you can pair with Harley Quinn!