Vampires have captured the people’s imaginations for centuries, so it’s no surprise that they take up more than their fair share of the weekly TV programming schedule.

Over the years, vampires have been depicted in almost every way imaginable—from elegant Victorian courtiers to all-American teenagers to vile, inhuman scavengers. Even so, there are still more than enough stories to tell about these captivating creatures of the night.

Sometimes books or movies aren’t enough to satisfy the hunger that fans have for their favorite fanged fiends. They crave even more insight into what makes these undead creatures tick. For those with an undying thirst for vampire fare, here are some series that you can sink your teeth into this Halloween:

He’s half vampire, half human, and a full-on vampire hunter with a mission to rid the world of the undead creatures that plague humanity. The product of a tragic and unconventional birth, Blade was born with the abilities of a vampire but without the need to avoid sunlight or hide in the shadows. Because of his unique biology, Blade is immune to bites, hypnosis, and many of the other things that make humans such easy prey for vampires. If that wasn’t enough, Blade is also a master fighter and swordsman who can hold his own against the even the most powerful vampires.

Picking up where the movie trilogy left off, Blade: The Series continues the adventures of the Daywalker as he attempts to infiltrate a powerful group of vampires and put an end to their reign. Created before the MCU came into full focus, Blade: The Series met an early end due to budgetary constraints. But anyone craving a vampire show that is as much about action as it is about the supernatural should give this series a chance.

True Blood is the Southern Gothic tale of Sookie Stackhouse and her true love, the vampire named Bill Compton. Based on a series of books that take place in the fictional town of Bon Temps, Louisiana, True Blood is a big vampire story with a small town feel. In True Blood, the world at large is aware of vampires, and they are often hunted, exploited, or worse. Fates intertwine as the human world brushes up against the world of magical creatures.

As the story evolves, True Blood takes a deep dive into the complicated supernatural world of werewolves, faeries, shapeshifters, and other mythical beings. There is action, romance, and mystery in Bon Temps—and vampires, a whole lot of vampires. Anyone interested in supernatural tales with a bit of southern charm should enjoy this series.

Vampire shows don’t always have to be brooding and gloomy, and Buffy the Vampire Slayer proves that by adding in a fair amount of wit and fun with to go along with all of the vampire slaying. Created by Joss Whedon before his days as a comic book writer and superhero film director, the show is as popular for its dialogue as it is for its engrossing story about magical beings.

Exploring teen angst through the lens of the supernatural, Buffy tells the story of an average teenage girl as she makes her way into adulthood and protects the town of Sunnydale from the supernatural forces that threaten it. Buffy’s story is long and lasts for several seasons; but once fans have blazed through all of the Buffy episodes, they can turn their attention to Angel, the spinoff series that features even more Buffy-inspired goodness.

It’s not easy being a teenager who’s in love with a vampire—and it’s even harder when you’re a teenager who’s caught in a love triangle with two vampire brothers and there are supernatural threats at every turn. That’s the story of The Vampire Diaries. Set in a fictional town in Virginia called Mystic Falls, The Vampire Diaries is based on the popular set of teen-oriented novels that carry the same name.

There’s lots of love, longing, and heartbreak in Mystic Falls to go along with the supernatural thrills. Anyone who loves glossy, CW-style dramas where all of the characters look like part-time models should give Vampire Diaries a try.

From Dusk till Dawn: The Series

Steeped in Aztec lore, From Dusk till Dawn: The Series puts a unique spin on vampire tales. Following a series of related movies and comics, From Dusk till Dawn traces the adventures of Seth and Richie Gecko and the Fuller family as they come face to face with the vampiric entities known as culebras.

Connected to ancient Aztec serpent deities, the culebras wreak havoc on the lives of anyone who crosses their paths—provided they can make it out alive. With a real south-of-the-border feel and a diverse cast of characters, From Dusk till Dawn reinvigorates the vampire mythos. The series should provide excitement and thrills for anyone who enjoys seeing a new take on these timeless creatures. 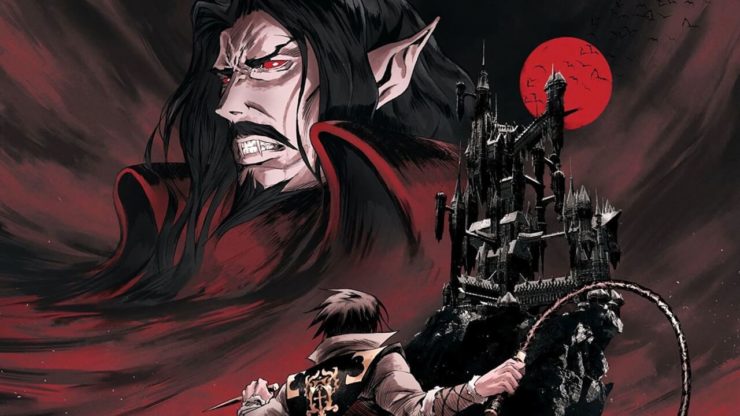 What happens when you upset Count Dracula? Nothing good—and Castlevania shows the frightening results. Written by comic book favorite Warren Ellis, Castlevania tells the story of Count Dracula and his wife Lisa. An aspiring healer, Lisa was a regular human who fell in love with Dracula and convinced him to set aside his aggression toward humanity and seek a different path. The people of Wallachia, however, had different ideas.

Fearful of the mysterious count whose castle loomed large over the countryside, the Wallachian townspeople decided to take matters into their own hands and strike down his wife as she tried to heal one of the villagers. Angry and heartbroken, Dracula, vowed to take his revenge. With an army of vampires and other monsters at his command, Dracula plans wipe out all of humanity. That is, unless the hero Trevor Belmont can stop him. A surprisingly involved animated adventure that clearly doesn’t have children in mind, Castlevania is for those who like action and adventure in their vampire tales. 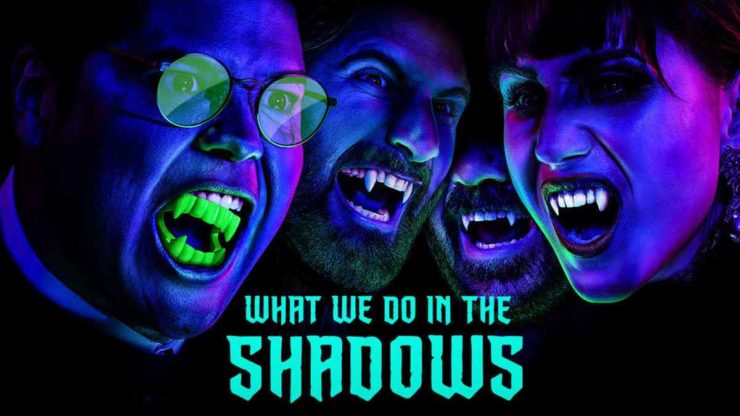 Spooky shows aren’t for everyone, but anyone who wants to get into the spirit of Halloween without the scares can enjoy What We Do in the Shadows. A TV series based on the 2014 movie, What We Do in the Shadows puts a comedic spin on vampire tales. Moving the action to New York City, the series focuses on four vampire roommates who must deal with the everyday trials and tribulations of city life.

Led by Nandor the Relentless, the four vampires fumble their way through city council meetings, the politics of office dating, rival vampires, and pesky werewolves—all to hilarious ends. Anyone who wants a laugh or two to go along with their tricks and treats should watch this series find out what really goes on in the shadows.

Put away your garlic, holy water, and stakes and fall under the spell of some of these shows. From horror to action to more comedic interpretations, there are vampire shows to suit every taste—as long as you’re willing to stick your neck out and give them a try.

What’s your favorite vampire series? Let us know in the comments below!

The 10 Greatest Witch Movies of All Time