Anyone who has seen the Disney+ series Star Wars: The Mandalorian knows that you have to be on top of your game to survive in the Star Wars universe. There is no profession in all of the galaxy more lucrative—or dangerous—than being a bounty hunter.

Dealing with galaxy’s most dangerous villains and rogues means that the risks of bounty hunting often outweigh the rewards. But those select individuals who have the right combination of courage, intellect, and skill can earn their weight in Beskar when they capture the right bounty.

It’s a perilous profession, but those who excel become legends for all time. Here are some of the most notorious bounty hunters in the Star Wars universe. 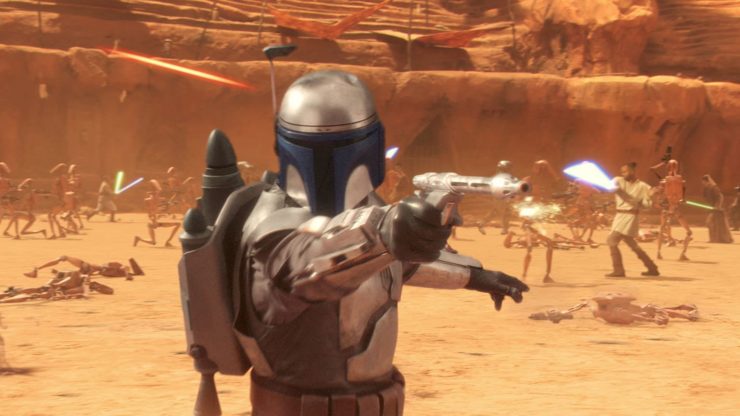 Jango Fett was raised by the Mandalorians after being orphaned at a young age; and after proving his skill on the battlefield time and again, he would eventually become their leader. Infamous for killing six Jedi in a single fight with just his bare hands, Jango Fett earned a reputation throughout the galaxy for being a fierce warrior.

His skills in combat were so legendary, in fact, that he became the prototype for the clone troopers who defended the Republic during the Clone Wars. In his days as a bounty hunter, Jango Fett was known as the best in the galaxy. He once even faced off against Jedi Master Obi-Wan Kenobi on the watery planet Kamino.

Even so, Jango Fett proved to be no match for the Jedi Master Mace Windu, who sent Jango Fett to an early grave. Though a seemingly minor character in the grand scheme of things, Jango Fett made an enormous impact on the galaxy. 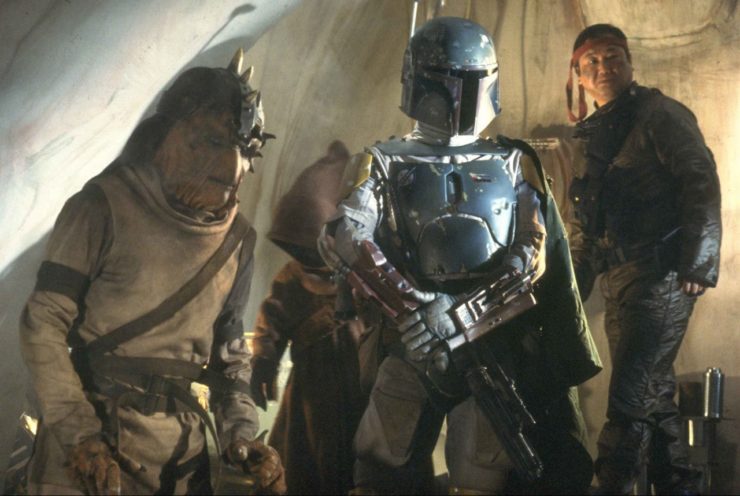 As one of the most notorious bounty hunters of all time, Boba Fett operated behind the scenes in many of the major events in the original Star Wars trilogy. Boba Fett was an exact clone of Jango Fett and was personally raised by Jango Fett to be his son.

After the death of Jango Fett, the young Boba Fett was mentored by a group of elite bounty hunters. As he grew in ability, Boba Fett became one of the most feared bounty hunters in the galaxy. Towards the end of his career, he famously captured the Rebel leader, Han Solo, whom he presented to Jabba the Hutt frozen in carbonite. 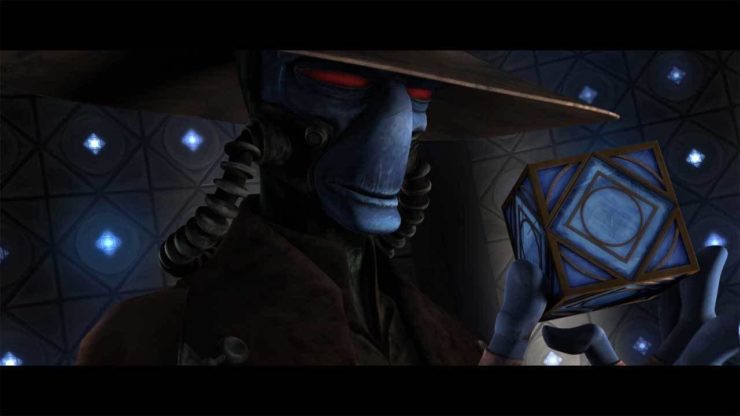 Following the death of Jango Fett, Cad Bane rose to prominence as one of the top bounty hunters in the galaxy. Sometimes coming to odds with Anakin Skywalker and his Jedi companions, Bane often did the bidding of dark lords and underworld criminals like Darth Maul, Darth Sidious, and Jabba the Hutt.

He solidified his reputation as one of the best by being the only bounty hunter cunning enough to steal a holocron from the Jedi Temple at Coruscant.

A deadly assassin and renowned sniper, Aurra Sing was one of the bounty hunters who mentored the young Boba Fett. In Fett’s early years, she aided him in a failed mission to kill the Jedi Master Mace Windu in retaliation for killing his father.

A frequent partner of Cad Bane, Aurra Sing made a name for herself due to her fearlessness and cold-hearted nature. It was revealed in Solo: A Star Wars Story that Aurra Sing met her end when Tobias Beckett, Han Solo’s mentor, pushed her from a height that killed her. 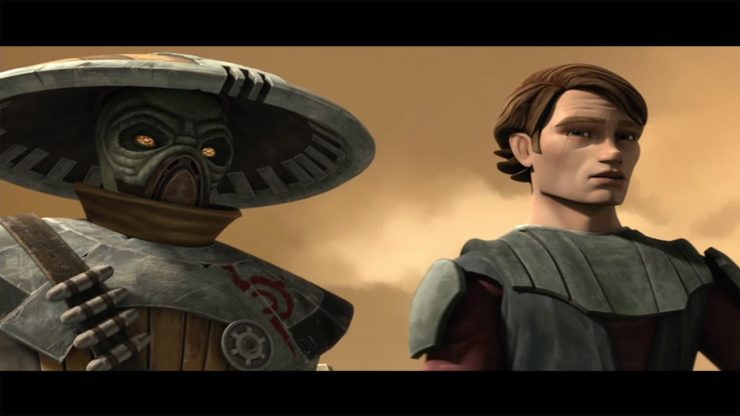 Active from the time of the Clone Wars until the time of the First Order, Embo was known for his agility and skill with a variety of weapons—most notably his unique hat that served as both a weapon and a shield.

Like most bounty hunters of note, Embo made a name for himself by working with Jabba the Hutt. Embo also took a trip to the dark side and worked for the Sith Lord, Darth Sidious. Throughout his career, he went up against some of the most powerful figures in the galaxy—figures like Anakin Skywalker, Darth Maul, and Savage Opress, just to name a few.

Best known for his confrontation with Han Solo in the Mos Eisley Cantina, Greedo’s story ends where the original Star Wars series begins. First appearing in the prequels, long before the Clone Wars loomed large, Greedo is one of the few individuals to have tussled with Anakin Skywalker as a youngling and lived to tell about it.

As a hired gun for Jabba the Hutt, Greedo hoped to bring in the bounty for Han Solo, the infamous captain of the Millennium Falcon. But things did not go well when Han, who definitely shot first, put an end to Greedo before he could claim his prize. 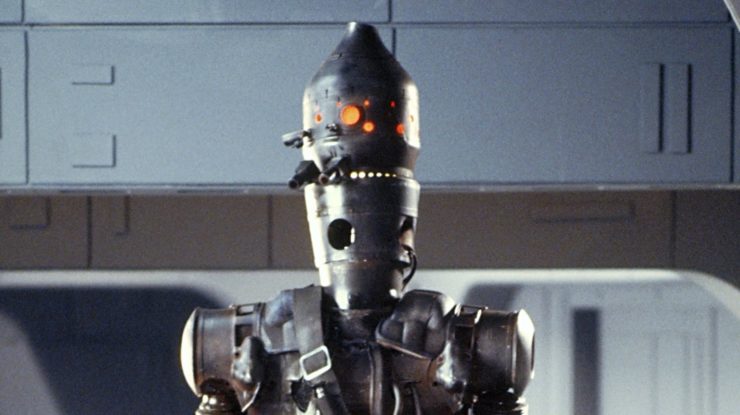 A legendary assassin droid with a calculated approach to capturing his prey, IG-88 was always destined—er, programmed— to be a lethal. As a bounty hunter, he has gone after top-tier targets like the Crimson Dawn leader, Qi’ra, and the Rebel commander, Princess Leia.

So, it only makes sense that he would jump at the chance to go after the object of their affection, Han Solo, as he was tasked to do by Darth Vader. Even after the fall of the Empire, IG-88 was a force to be reckoned with, teaming up with other bounty hunters to reap rewards. 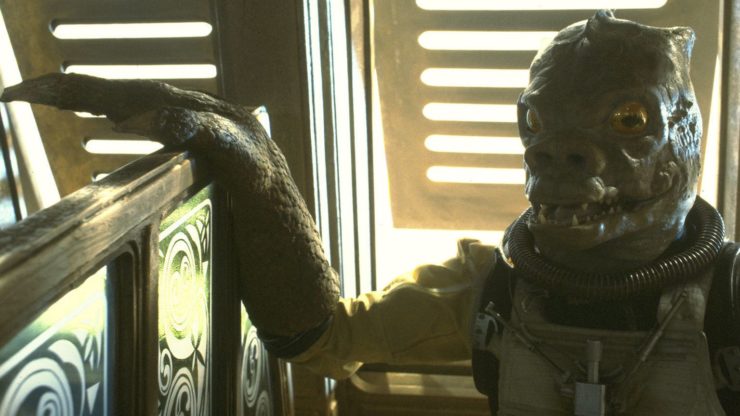 Bossk has been around since the time of the Clone Wars and has rubbed shoulders with some of the most notable characters in the galaxy. In his early years, he was also a mentor to Boba Fett, teaching him the ways of bounty hunting.

As the Empire came to power, Bossk once fought on Lothal alongside a young Ezra Bridger in his pre-Jedi years to undermine the local authorities. In what must have been one of the highlights of his career, Bossk was among those selected by Darth Vader to track down the Millennium Falcon, in pursuit of Luke Skywalker and his companions. 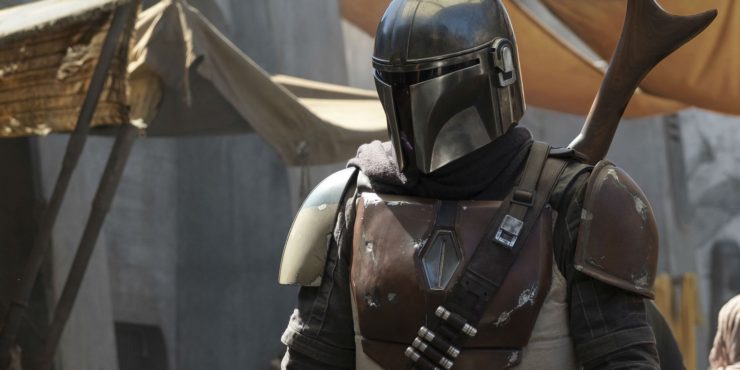 Weapons are his religion. Known only as “The Mandalorian” by his enemies and “Mando” by his friends, most of the facts about this deadly bounty hunter are still a mystery. What we do know is that he’s adept with all kinds of weapons, he hates droids, and he will disintegrate anyone who gets in his way.

Adopted by the Mandalorians as a foundling after the death of his parents, Din Djarin is a bounty hunter who developed a soft spot for The Child, also known as Baby Yoda, a former target that he now protects. Together, they form a clan of two, as they make their way through the galaxy. With much of Din Djarin’s story still untold, it’s clear that there’s a lot more left to learn about this mysterious figure. 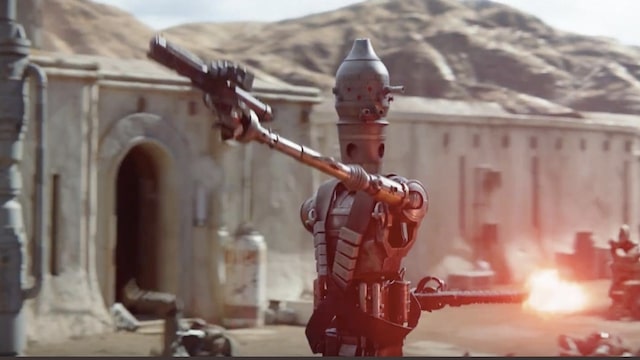 Like IG-88, IG-11 was an assassin droid destined for greatness. He was programmed to take no prisoners—unless there was a bounty involved—and to self-destruct rather than being captured. 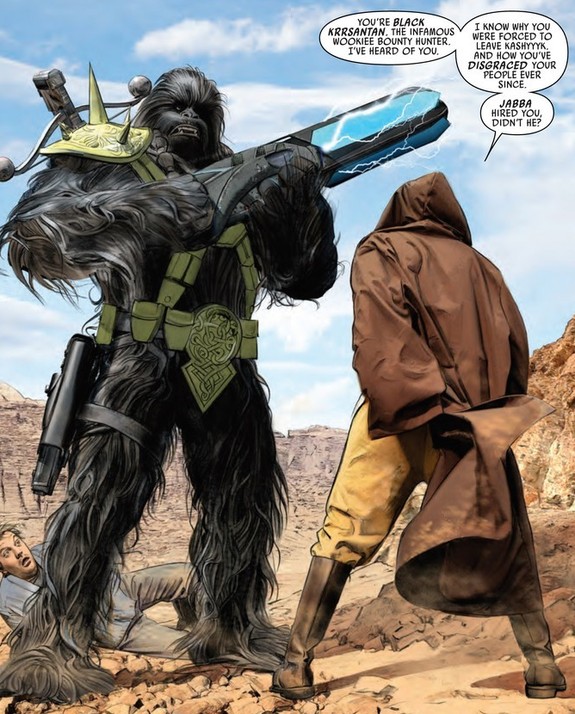 He has even gone toe-to-toe with Obi-Wan Kenobi and nearly bested the Jedi Master. Often doing Jabba’s bidding, the outlaw Wookiee has also worked for Darth Vader and Doctor Aphra. 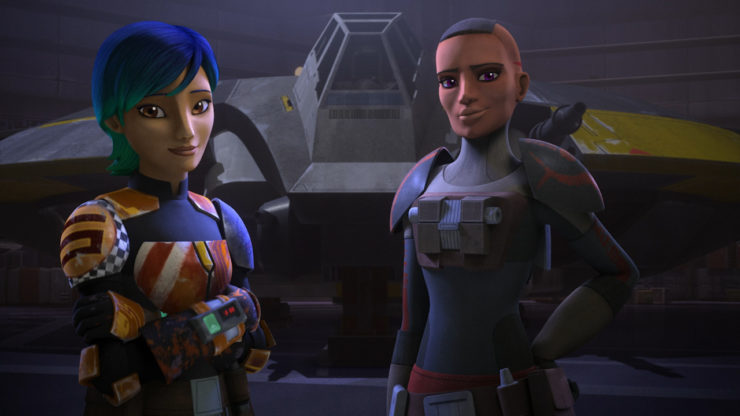 If you’re born into Mandalorian culture, it seems likely that you’ll dabble in bounty hunting at some point in time.

After fleeing the Imperial Academy, these two Mandalorians became bounty hunters, putting all that they learned as Mandalorian warriors to the test. Though they were respected for their skill and tenacity, they became better known for assisting the Rebels in liberating Lothal from the Empire’s grip. 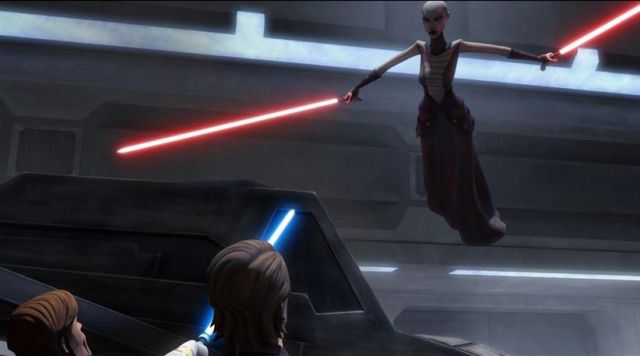 Asajj Ventress was no ordinary hired gun. She was a deadly assassin who was trained by the Jedi, the Sith, and the Nightsisters at various points in her life—and she was well versed in the ways of the Force. After Ventress was betrayed and abandoned by the Sith, she became a bounty hunter, armed with two lightsabers as her primary weapons.

In this line of work, she came into conflict with both the Jedi and the Sith, along with a host of other unseemly underworld characters. Ventress eventually died at the hands of her former master, Count Dooku, and was later honored by the Jedi for her sacrifice. 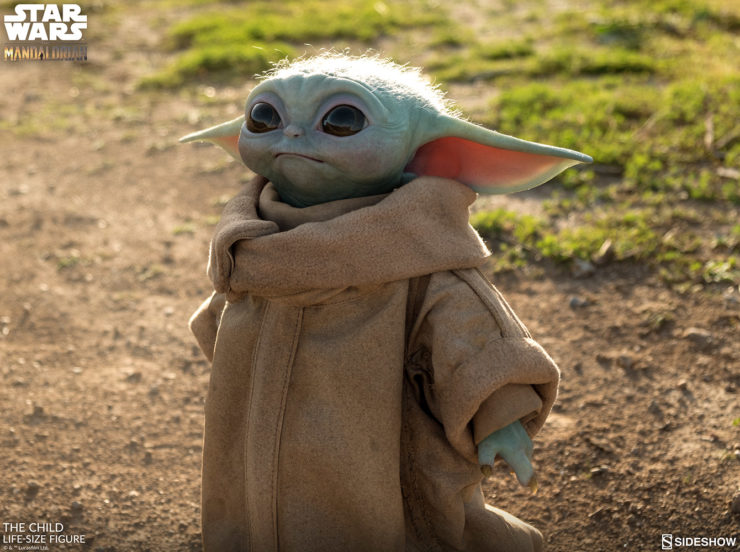 At the tender age of 50, Baby Yoda is clearly a bounty hunter in the making. As a toddler, he’s seen more combat than the average Imperial Trooper and, if he could talk, he’d have plenty of stories to tell. Not only is Baby Yoda being raised by a legendary Mandalorian, but he also has the Force at his disposal—which he has already used on more than one occasion to tilt the odds in his favor.

There are still many questions to be answered about Baby Yoda and his ultimate fate, but being a bounty hunter seems like a sensible career choice for him at this point.

Who is your favorite Star Wars bounty hunter? Be sure to let us know in the comments below!

First Look at The Batsuit, The Clone Wars Teaser, and more!