Artist Josh Agle, better known as Shag, is known for his midcentury modern sensibilities mixed with attitude and elements of contemporary pop culture. Often imitated but never truly recreated, his distinct style captures a mood and a mindset that is both preserved in the past and reflective of the current moment. 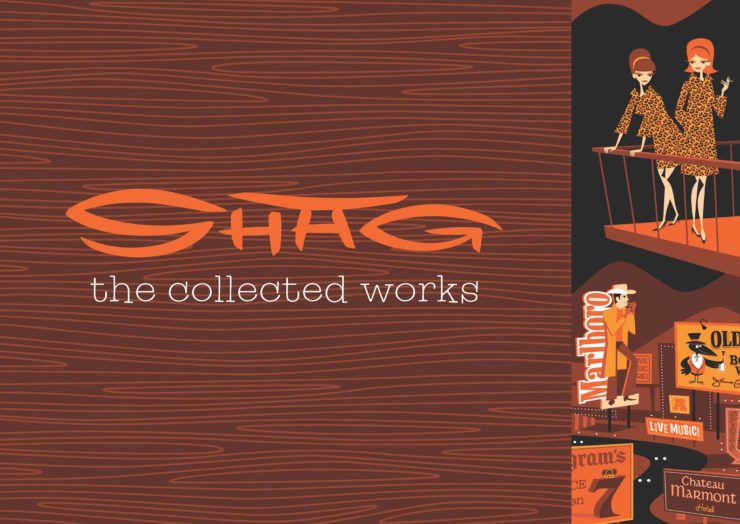 Even if you haven’t heard the name Shag, you’ve no doubt seen some of his instantly iconic imagery on display before. Fans of Disney properties might even recognize several illustrations of his inspired by the infamous Mos Eisley Cantina in Star Wars or the ghoulish and elegant Haunted Mansion featured in the theme parks. Shag’s paintings are infused with sly humor, vivid colors, and narrative that extends beyond the canvas, bringing deeper meaning to the viewers who engage with his artwork. 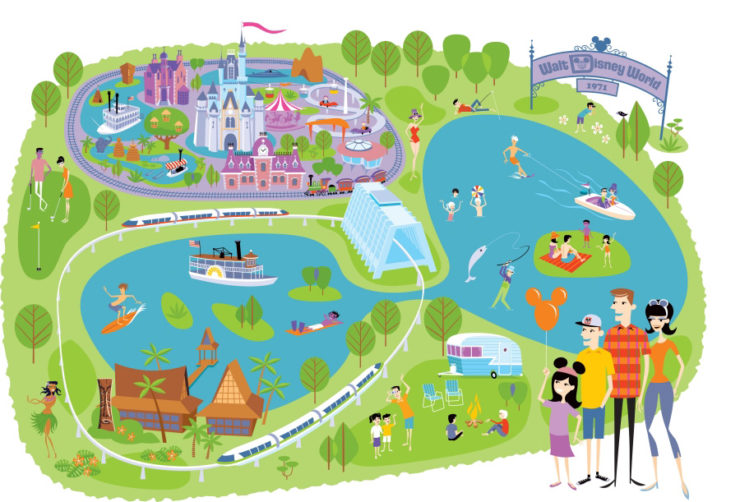 The focus and feeling of Shag’s signature style is greatly inspired by his youth, where he grew up in Hawaii, taking occasional family vacations to Disneyland. The mixture of prevalent tiki imagery in Hawaii and Walt Disney’s Enchanted Tiki Room at Disneyland provided a stylized and exotic influence on his worldview, and the impact of these influences persists in every painting Shag creates.

Apart from lavish and idyllic scenes set in the rolling hills of California’s fanciest neighborhoods, Shag has frequently dipped into comics, film, music, and television for subjects in his paintings- fans can see his signature touch on illustrations inspired by Planet of the Apes, the Twilight Zone, Charlie and the Chocolate Factory, the Ramones, KISS, and countless other staples from across generations of pop culture. His work has both a timeless quality and a current relevance, balancing nostalgia and newness in each creation. 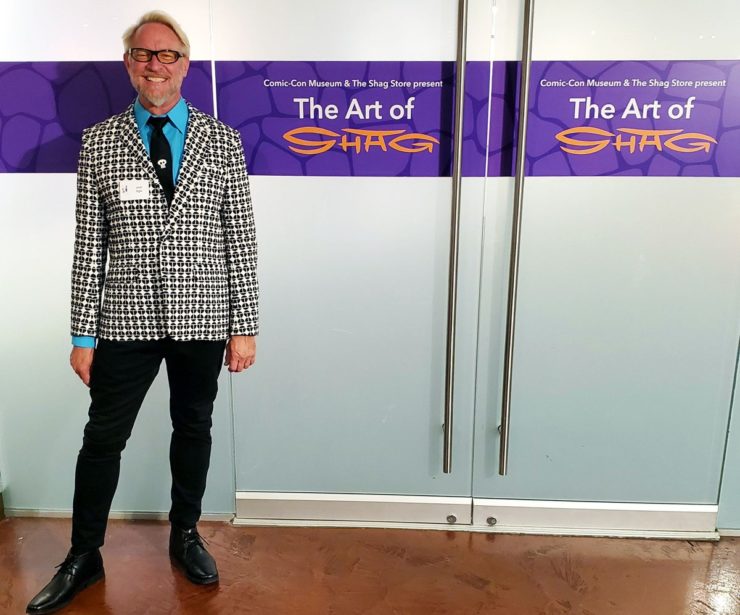 In September, the official Comic-Con Museum in San Diego, CA made Shag its premiere artist feature, opening an exhibit to showcase some of his most popular works, including his creative renditions of the astrological zodiac, several 60s Batman collages, a painting of Spider-Man and the Sinister Six, and numerous Polynesian and Palm Springs-inspired scenes and cityscapes. Sideshow had an opportunity to visit the gallery opening, which was a lively and stylish affair attended by many Shag aficionados, sharing their enthusiasm for his works. 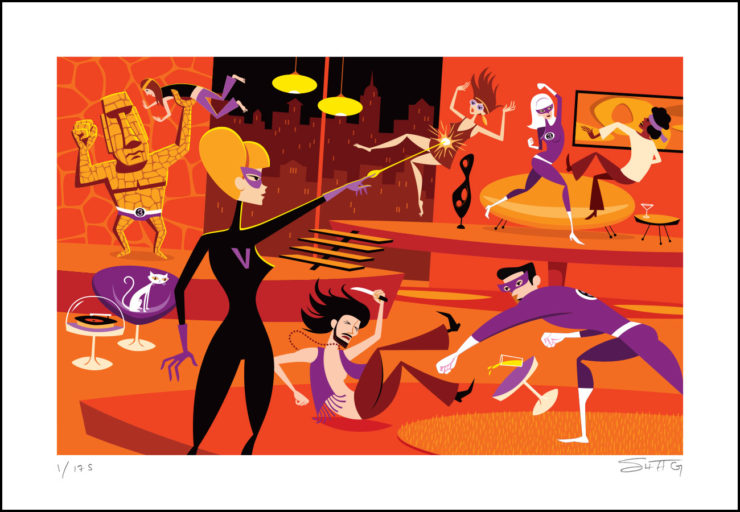 Apart from traditional paintings, the Comic-Con Museum’s Art of Shag exhibit featured large-scale print banners, a cabinet of tiki mugs, decorative lampshades, and even a palm reader machine all designed by Agle, covering a wide variety of mediums and aspects of the retro culture that he captures through his diverse work. Shag himself was also in attendance, dressed like one of his own paintings- chic and colorful, ready to socialize.

It was a uniquely tailored and finely manicured gallery experience put on both by the museum and the official Shag Store, which is located Palm Springs, CA, and is dedicated solely to his artwork, prints, and merchandise. Everything about the evening was designed to put guests into the life of Shag’s paintings, which for many are aspirational- the drinks, parties, and dancing in lavish, stylish surroundings are dreamy and desirable, and it’s hard not to want to be a part of that fun. 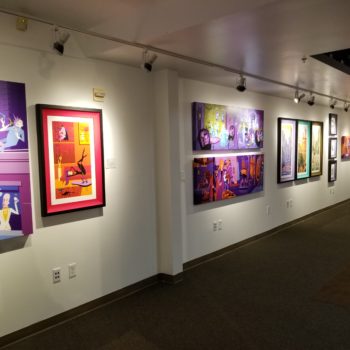 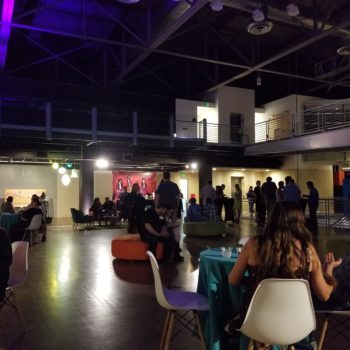 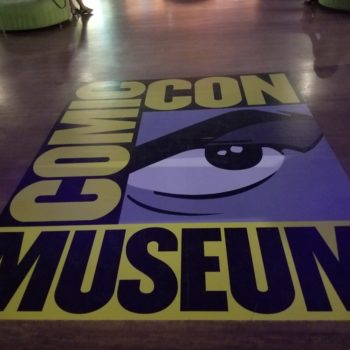 The Comic-Con Museum isn’t officially open to the public until 2021, but the Art of Shag exhibit proved popular enough to have an extended display through the month of October, allowing more fans to come and indulge in the experience during the San Diego Comic-Con off-season.

The museum, located in Balboa Park, had a full-scale test run this year, and choosing to feature Shag as the first spotlighted artist further cements Agle’s contributions to pop culture and the modern imagination. His art is a celebration of the icons and ideals we love, making him a natural fit for this unique accolade.

In addition to solo shows in venues like this, the Shag Store in Palm Springs also frequently hosts gallery events celebrating the release of new prints, including the latest piece entitled, “The Odd Bird“. Set to be released as a seriagraph print on October 19th, this humorous painting shows off a slice of life in Palm Springs as a man walks his pet roadrunner down the sidewalk.

The official store itself has become a destination for many who visit the desert resort city, and many of Shag’s paintings capture recognizable sections of the landscape, bringing the artwork even closer to home. Many items in the Shag Store are also hand-signed and hand-numbered, produced with luxury materials that add to the high collectability of each print.

Overall, Josh Agle’s sense of style, use of colors, and ability to imbue his artwork with attitude and allure are all an essential part of what makes each painting pop. His artwork is iconic and inimitable, utilizing a specific blend of retro shapes, bold blocks of color, and imagery that blends the exotic with the suburban. Together, these elements create a unique atmosphere that celebrates the best of consumerism, nostalgia, and peculiarity, giving his works a fantastical quality that any viewer would love to be a part of.

For many devotees of his artwork, Shag isn’t just an artist’s name- Shag is a lifestyle.

Sideshow would like to extend a big thank you to the Shag Store for inviting us to the Art of Shag gallery at the Comic-Con Museum! As fans of his artwork, it was an incredible experience!

What is your favorite Shag painting? What pop culture properties would you like to see taken on in his signature style? Let Your Geek Sideshow and tell us in the comments below!