The Marvel Cinematic Universe isn’t perfect by any stretch of the imagination. But it’s pretty close in some respects. For most MCU flicks, the general consensus is one of positivity. Everyone loved Black Panther. Thor: Ragnarok. Captain America: Civil War. And, naturally, Avengers: Endgame, the highest-grossing movie of all time. It even beat out James Cameron‘s Avatar and Titanic.

But what about Avengers: Age of Ultron? Written and directed by Joss Whedon, Age of Ultron is one of the most contested entries in the MCU. It may not rank in my top three, but it’s certainly not the worst installment in the Marvel canon. So, why all the hate? I’d like to dispel some of that hatred. There’s enough of that in the world already.

Here’s a thought: perhaps some people think unfavorably of Age of Ultron because of who was at the helm — Whedon. While certain folks tend to separate the art from the artist, others may feel turned off by Whedon’s involvement. He’s definitely not immune to controversy. Perhaps that’s a red flag for some fans. A message to turn away.

Age of Ultron is largely character-driven

There are hints of Whedon’s snarky dialogue peppered throughout the film. The same signature wordplay that extricated Buffy the Vampire Slayer from its contemporaries. But the big difference between this movie and The Avengers (also written and directed by Whedon)? More character development. Whedon tried to add more depth to certain characters that could become ignored down the line.

Take Clint Barton, for example. In a group that boasts gods and superpowered humans, who needs a guy that shoots arrows? Hawkeye could potentially be left out in the cold despite his prowess with a bow. Most kids dream of transforming into Thor or Captain America.

Whedon gave Clint a family. We see his farmhouse in the middle of nowhere, wherein the Avengers retreat to recoup their losses. Clint has a wife and kids with another baby on the way. Surprise! It’s news to everyone that good ol’ Hawkeye is harboring a secret life. Talk about compartmentalizing.

Perhaps the slower moments didn’t land with people. However, it can’t be all action all the time. I thought the introduction of Clint’s family gave us some perspective. He has loved ones he’s fighting for. Nothing wrong with that. 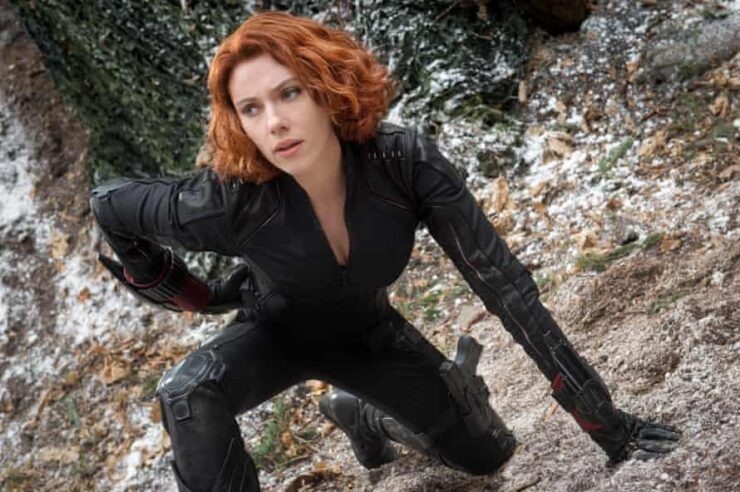 Another storyline that springs to mind is Bruce Banner and Natasha Romanoff’s burgeoning romance. Hey, workplace relationships are incredibly common. When you’re working in tandem with someone for so long, feelings can develop. Maybe viewers think of their tryst as materializing out of the blue.

While we didn’t see them interact much in The Avengers beyond the battle in New York and getting shawarma after it all went down, I think their story is sweet. Why shouldn’t both Natasha and Bruce try to find happiness where they can? Being a superhero is awfully isolating. Let people find love!

Maybe Natasha’s infertility plotline rubbed folks the wrong way. Her line of, “You’re not the only monster on the team,” to Bruce is understandably contentious. Being infertile doesn’t make one a monster. I don’t think Age of Ultron was trying to convey the sentiment that all folks who can’t conceive are something “other.”

Remember, Natasha was sterilized prior to graduating from the rigorous “Red Room” facility. She was brainwashed and modified to serve a specific function: a spy. Natasha undoubtedly encountered her fair share of trauma and horror during that time. Her experiences obviously color her feelings.

Perhaps someone from her past referred to her as a “monster,” and she carried that with her. Yes, the line should’ve been worded differently, but I don’t think its intent was to state that people who can’t have families are monstrous. 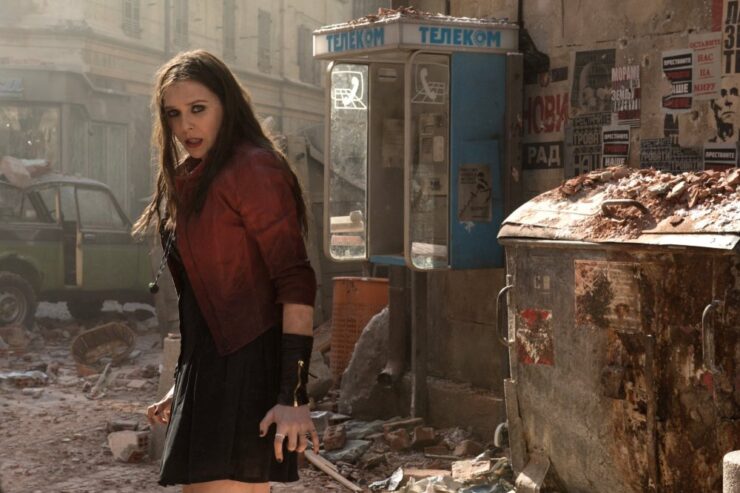 Age of Ultron also introduces us to Wanda Maximoff, the most powerful superhero in the Marvel universe. Elizabeth Olsen does a fantastic job here. She has the best character arc in the film, in my humble opinion.

Initially, she’s an antagonist to the Avengers, ultimately siding with Ultron and working to drive a wedge between our heroes. However, as the movie progresses, we see her change. She realizes that Ultron is the enemy. Not only that, but the death of her brother Pietro catalyzes Wanda to seek out and destroy Ultron. She morphs into an agent for good. Without her presence in this flick, we wouldn’t have the excellent WandaVision. Vision is also brought into the fold. You know what happens with those two lovebirds from there.

In addition, the film serves as a precursor to Captain America: Civil War and the Sokovia Accords. After the devastation that’s wrought in Sokovia amid Age of Ultron, some of the Avengers realize that they need to be kept in check. Others feel that government supervision prevents them from doing their job. This movie is crucial to the MCU, and its role helps shape the interpersonal relationships between our heroes.

To erase Age of Ultron is to dissolve narrative aspects from future Marvel movies. Whedon may not be a favorite among fans, but he knows how to make a solid MCU flick. And while it’s not a perfect outing, it’s still a rather enjoyable one. Plus, James Spader is the villain. Danny Elfman and Brian Tyler are behind the score. You can tell Elfman’s hand is involved during the especially ominous musical parts. Besides the signature action and stunning visual effects we’ve come to know in the Marvel Cinematic Universe, we also get a dose of comedy, romance, and character-led drama.

Even superheroes need to develop.

Have the events of WandaVision given you a new perspective on Avengers: Age of Ultron? Where does it rank on your list of MCU flicks? Let Your Geek Sideshow and tell us in the comments!