Black Panther: Wakanda Forever hits theaters on November 11, 2022. Marvel Studios’ new project brings us back to the country we love, as well as brings both new and unfamiliar faces to our screens. While we’re all wondering what’s going to happen in it, and how it impacts the MCU, there’s one major question on everyone’s mind:

Who is the new Black Panther in Wakanda Forever?

We probably won’t find out until the film premieres this fall. But for now we can make a few educated guesses based on Marvel Comics’ history, as well as the footage from the Black Panther: Wakanda Forever teaser trailer. Join us below as we try to figure out who has followed in King T’Challa’s footsteps. 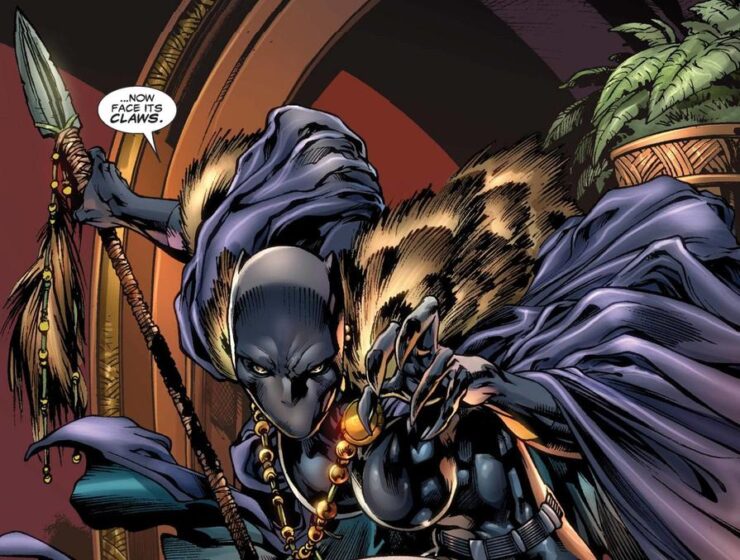 The most likely successor is Shuri. She’s of royal blood, a direct descendent of T’Chaka and many other famed Panthers. Shuri is also an extremely capable warrior as well as a mechanical genius. Additionally, in the comics Shuri steps in temporarily for T’Challa because Doctor Doom puts him in a coma. While T’Challa heals, Shuri operates as the Black Panther. This is also the first time in Wakandan history that Bast has had two living avatars at once.

Tradition likely dictates that Shuri will become the Black Panther. But we know from the first film that Shuri doesn’t always agree with the old ways. We also don’t know if or how Shuri’s grief will impact her feelings concerning heroism. And finally, we need to consider if Shuri even wants to be the Black Panther. It has to be her choice, and not one made out of obligation. 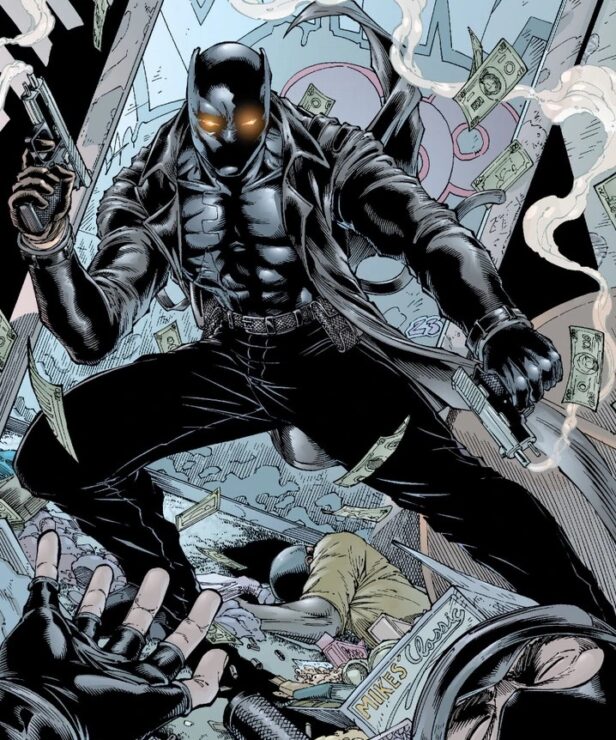 Kevin “Kasper” Cole has not yet been introduced in the MCU. And with Wakanda Forever seemingly set in only Wakanda and Atlantis, we aren’t sure how this Harlem-born character could appear. But Riri Williams is confirmed for the film, and she’s from Chicago, so we can’t rule out a little US travel just yet!

Bast never officially recognizes Kevin as the Panther avatar in Marvel Comics. Instead, Kevin’s role as Black Panther is kind of identity theft. While working as a narcotics officer, Kevin “borrows” a bulletproof Black Panther suit from the station. Kevin pretends to be the Black Panther to fight crime on and off duty. Eventually, Falcon (Sam Wilson) advises Kevin to craft his own identity. 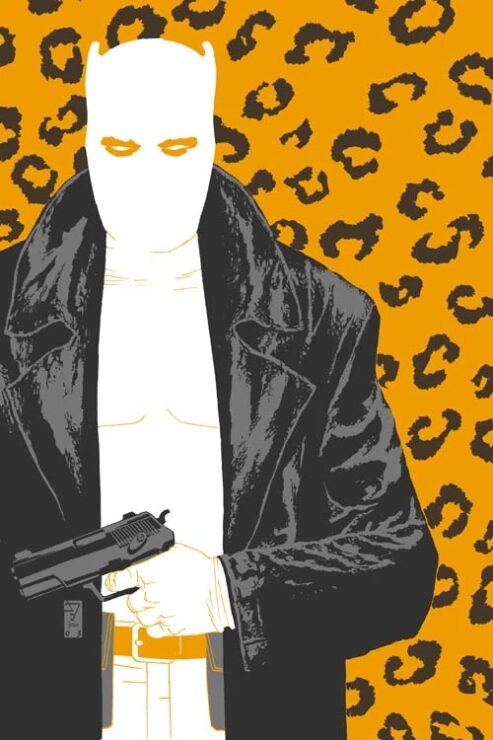 Kevin actually seeks permission from T’Challa to eat the heart-shaped herb. Erik Killmonger offers a quicker option: a synthetic heart-shaped herb, which Kevin consumes to gain enhanced senses and strength. He then becomes the White Tiger, owing Killmonger a debt yet allying himself with Princess Ce’Athauna Asira Davin of the Jabari Tribe … and Everett Ross.

These connections to current MCU characters are what make Kevin a possible candidate for the next Black Panther. He could appear seeking vengeance for Erik Killmonger’s death — unlikely, but we won’t toss that theory yet. More plausible is Kevin showing up alongside Everett Ross. Whether Wakanda will be willing to recognize an outsider as the new Black Panther is a different debate.

After Shuri, our first pick for the next Black Panther is Nakia. Recently there’s been a trend in Marvel Comics to have heroes’ love interests become the heroes themselves. Gwen Stacy became Ghost-Spider in lieu of an active Spider-Man, Elektra has taken up the Daredevil mantle, Peggy Carter is Captain America’s alternate universe stand-in, et cetera. So while Nakia is far more than simply “a love interest,” it’s important to note that her role as T’Challa’s partner makes her a top contender to wear the suit.

Nakia is trusted and adored by the Wakandan people. She also has advanced combat skills and is an excellent spy. But therein lies the main issue. Nakia’s prowess in espionage would likely make her hesitate in taking up a very public identity. Her own activism would have to shift to another person’s shoulders, or she would have to stop altogether. Will the need for a publicly known Black Panther outweigh Nakia’s desire to operate in the shadows?

Riri Williams makes her MCU debut in Black Panther: Wakanda Forever. A certified child genius, Riri attends MIT in her teen years. She reverse-engineers an outdated Iron Man suit, eventually gaining the attention and support of Tony Stark himself. With Tony Stark dead in the MCU, Riri’s mentor seems to have switched to Shuri. In the Wakanda Forever trailer, we also see Riri hammer out an iron heart from sheet metal as a hint toward her super hero name: Ironheart.

All this to say — Riri is a super hero. She could fill in as the Black Panther before figuring out she’d rather don hot-rod red armor. But she’s also not a Wakanda native. Plus, the film trailer implies pretty heavily that she’s coming into the Ironheart identity early on. We’ll see in November if that’s just a teaser for things yet to come in Phase 5, though. 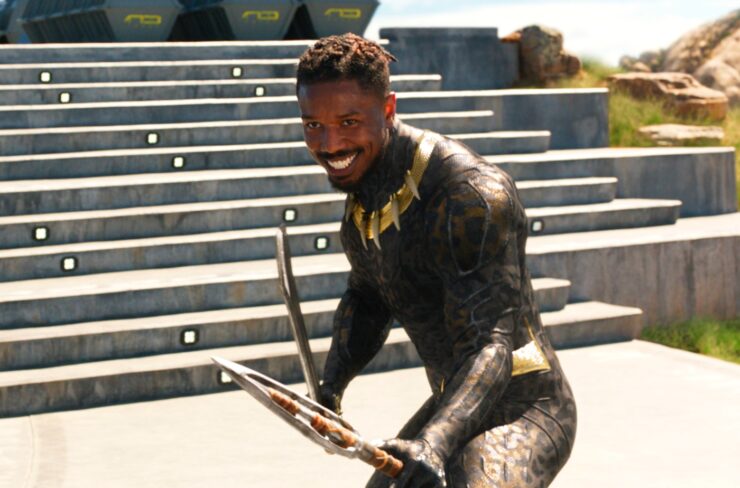 Erik Killmonger is the least likely choice for T’Challa’s successor because he’s dead. But … let’s consider it for a moment. In Black Panther, Erik is a villain. As N’Jadaka, he claims his right to the throne and defeats T’Challa fairly at Warrior Falls. He ingests the heart-shaped herb, and even has his own Black Panther suit — making him the infamous Golden Jaguar of Marvel Comics.

At the end of Black Panther, Erik Killmonger succumbs to wounds sustained during his final battle against T’Challa. We watch Erik fall to the ground, defeated. His death is also extremely meaningful, as he decides to go out on his own terms as a free man instead of being imprisoned in Wakanda. So while it’s possible T’Challa did take him away to be saved after all, we don’t think T’Challa would dishonor his cousin’s last wishes.

Let’s be honest. We don’t really think Okoye would leave the Dora Milaje to become the Black Panther. The Dora Milaje protect the Panther and the royal family. Okoye is best suited for this role. She fights with her spear, not Vibranium claws.

However, Okoye is also extremely loyal to her country. If asked to protect Wakanda as the Black Panther, Okoye might accept without question. Her ideals of national duty transcend her personal feelings, as evidenced by her refusing to side with W’Kabi in the first film. We don’t think it will come to this, as there are many other Panther candidates to consider before breaking up the Dora. Yet it’s a possibility nonetheless.

Who do you think is the new Black Panther? Speculate with other Marvel fans in our Let Your Spoiler Sideshow: MCU Phase Four Facebook Group, and don’t forget to Let Your Geek Sideshow!