Bond, James Bond has risked everything on his life-threatening missions in the service of Her Majesty the Queen, and he has often made use of Q’s state-of-the-art accessories to achieve his objectives with pinpoint precision and ultimately triumph against the odds.

Over the years, MI6’s legendary Q branch has developed a number of tools for the double-0 section to utilize in their frontline operations. With a menagerie of interesting gadgets and devices in his possession, the suave super-spy is always fully prepared to face a high-stakes rendezvous with an enemy, whether that be a gentleman with a razor-sharp smile, a poker player with a rare eye condition, or a truly committed cat daddy.

The globe-trotting British agent has travelled the world over, exercising his license to thrill while driving the fastest vehicles and using the most cutting-edge technology, with everything from exploding pens and laser watches to ejector seats and spinning license plates at his disposal.

And now, for your eyes only, we have gathered some of the most memorable inventions from James Bond’s espionage escapades. So don your tuxedo or slip into your cocktail dress, shake up a vodka martini and kick back with our list of (00)7 of the greatest gadgets of all time. 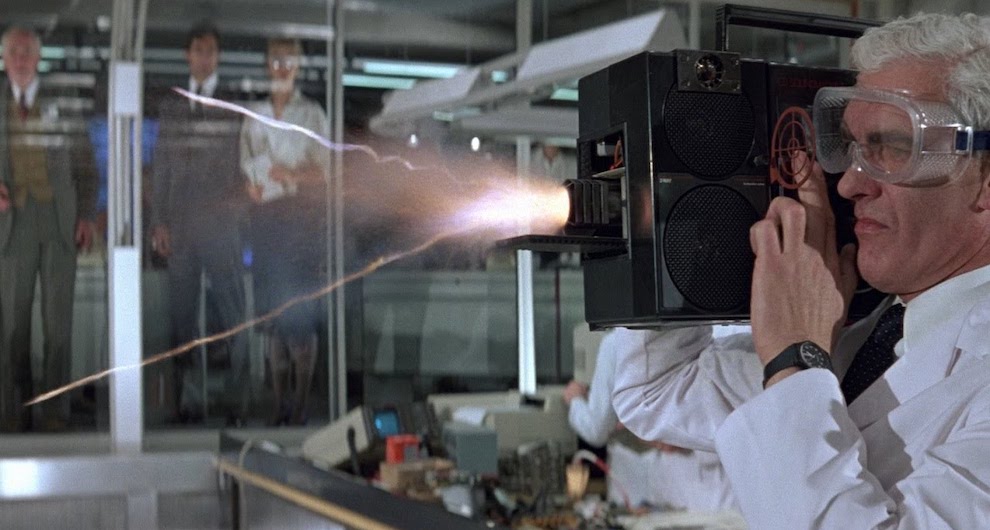 During a routine visit to Q’s laboratory, Bond is inadvertently introduced to a modified piece of equipment that is in development for the international market.

Hilarity ensues when Q, Bond and Moneypenny are abruptly interrupted by the ear-splitting sound of a classic 80’s-style rock track being blasted out of the adjoining room. In the subsequent demonstration it is revealed that the ingenious gadget is in fact specialized rocket launcher disguised as a ghetto blaster.

“Something we’re making for the Americans,” Q exclaims to his curious colleagues. “It’s called a ghetto blaster!”

Although, in this case, perhaps the more appropriate term would be a boom box? 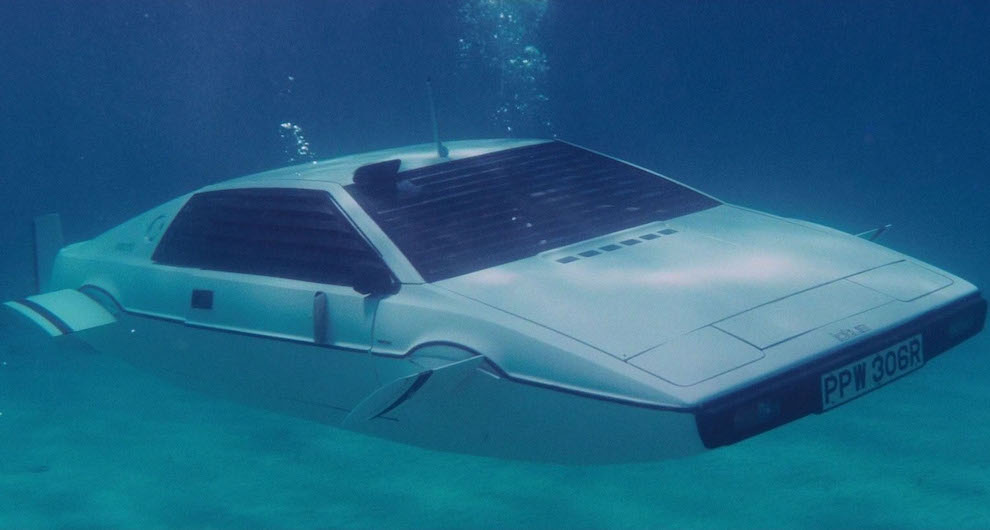 The Lotus Esprit S1 may not be Bond’s most elegant or economical vehicle, but it certainly features a few eyebrow-raising attributes, which are showcased in one of the most spectacular car chase sequences in cinematic history.

In a high-speed pursuit, taking place down on the ground, up in the sky, and deep underwater, the custom-built Esprit manages to escape a marauding car, a motorcycle with a detachable missile, and a machine gun-toting helicopter by converting into a submarine.

The amphibious automobile flees the scene by driving straight off the pier and into the sea. The wheels retract to switch out to side fins and a periscope pops up, helping Bond to glide through the water in effortless style.

We suppose 007 wanted to take the sea-nic route on this occasion. 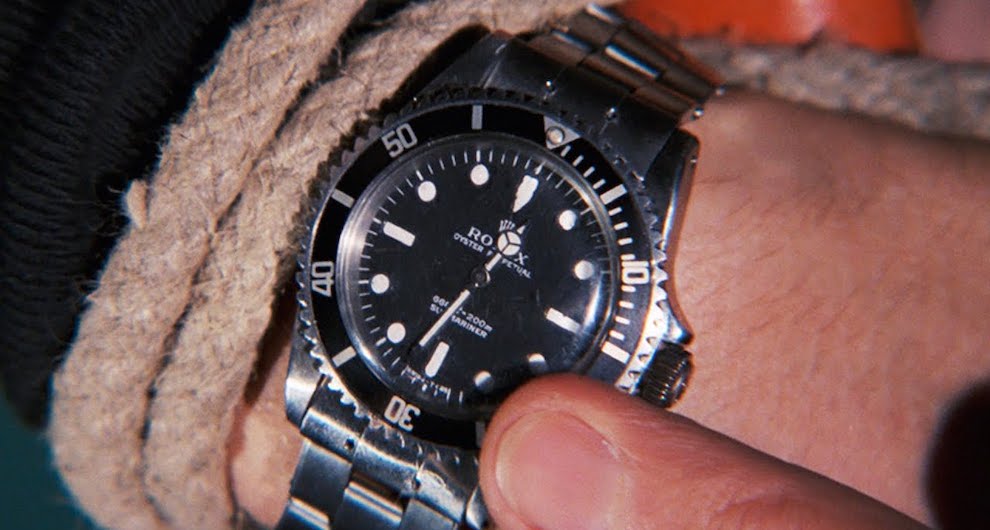 Bond has racked up an enviable amount of air miles and passport stamps throughout his time in the field, but still, his desirable country-hopping lifestyle hasn’t come without its challenges.

You might have noticed that the world-famous agent often wears a wristwatch on his arm (as well as a woman); this is because it is absolutely crucial for him to keep track of time zone changes as he arrives at each red-pinned destination on his agenda, but these devices are usually handy for a couple of other reasons too.

The highly modified Rolex Submariner that is gifted to Bond in Live and Let Die comes equipped with a number of extra features, including a powerful electromagnet and a pop-up buzz saw, which ultimately helps him to get out of a tied-up situation towards the end of the movie.

Suffice to say, this particular gadget was always ahead of its time.

The handsome attaché briefcase carried around by Bond in From Russia With Love is more than just a fashion statement; the sharp-looking accessory is an investment piece installed with a highly practical survival kit.

Before setting off on his next journey to Istanbul, Bond is given his first official gadget from Q division, and it surprisingly takes the form of a carry-on item. The unsuspecting briefcase contains two whole rods of spare ammunition, a three-piece sniper rifle with an infrared scope, a retractable throwing knife, and a load of gold sovereigns.

On top of all of this, there is a defensive mechanism that triggers a tear gas cartridge to explode in the face of anyone who opens the case incorrectly.

Surely no one would want to have this (brief) encounter. 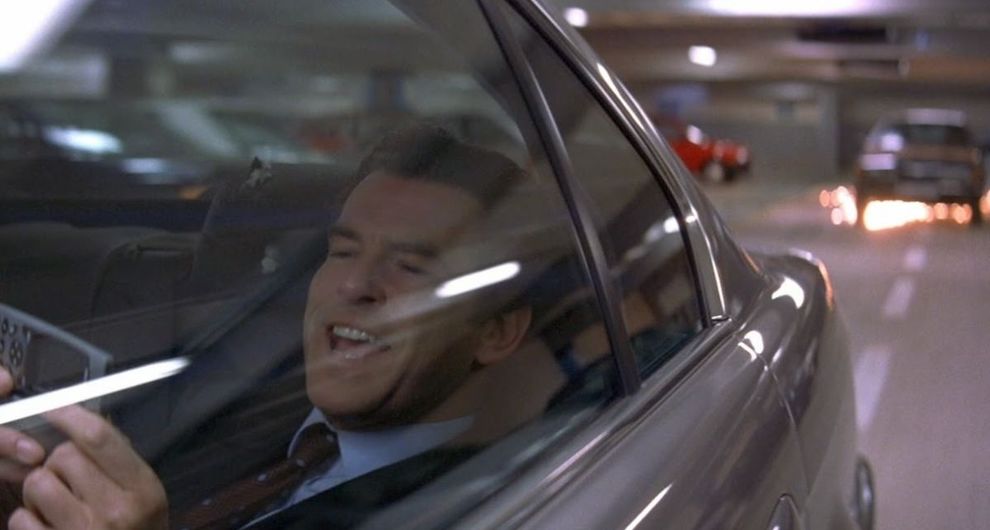 Bond may not have been able to check-in at various locations, tweet about what’s happening, or share a gram of his experiences on his Sony Ericsson cellphone, but the device does have a few other notable capabilities.

The communication device (or as we like to call it, the Swiss Army knife of gadgetry) houses a multi-functional antenna that can pick locks, as well as a 20K volt taser to stun approaching enemies. The phone also managed to predict future technology with the inclusion of a fingerprint scanner.

Most memorably however, Bond was able to flip open the phone and use the touchpad and the screen to remotely drive his BMW 750IL from the backseat driving position. He also had control over the luxury sedan’s intricate weaponry system, including the deployable tire spikes, rocket launchers, and smoke bombs.

You could say it’s one to call home about. 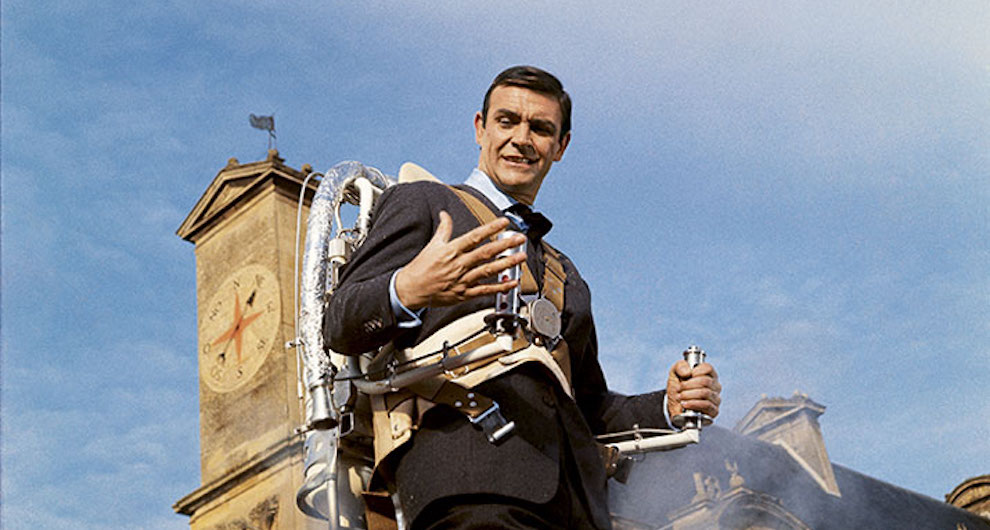 By Bond’s own admission, the Bell-Textron Jetpack (or Bell Rocket Belt as it is officially known) is the one gadget that “no well dressed man should be without,” and we don’t disagree.

In the opening sequence of Thunderball, Bond utilizes the futuristic jetpack, which is actually a low power rocket propulsion device, to escape from two gunmen at the Chateau d’Anet immediately after the assassination of Colonel Jacques Bouvar.

Due to its popularity, the Bell-Textron Jetpack reappeared in the 2002 movie Die Another Day during a scene that showcases some newly developed contraptions together with a few classic gadgets from previous movies in the franchise. 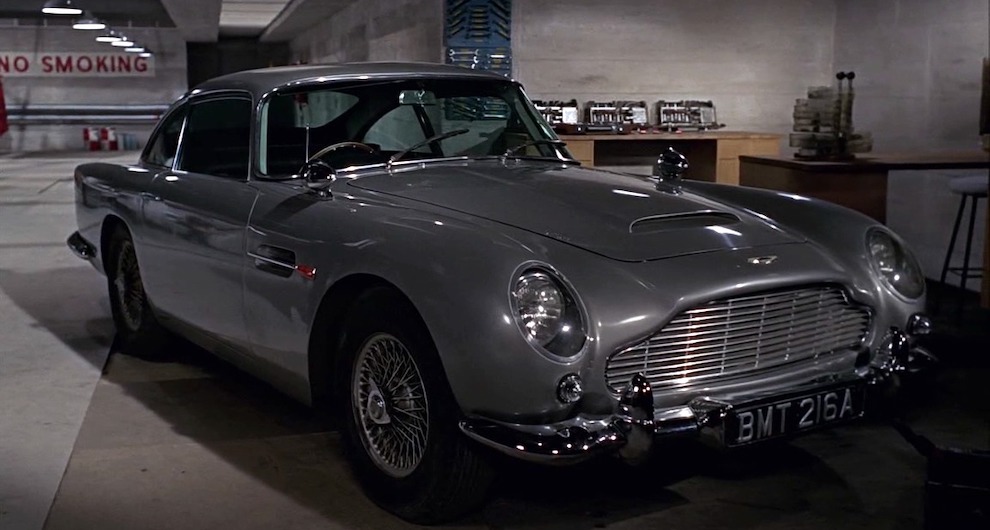 Additionally, there was an ejector seat built into the passenger side of the vehicle, making everyone think twice about calling shotgun.

We’re giving you a license to agree or disagree. Did your all-time favorite Bond gadget make it onto our highly classified list?

Meet Super Nerd Vanessa Gritton on the Newest Episode of Sideshow’s Side Show with Jeff May!