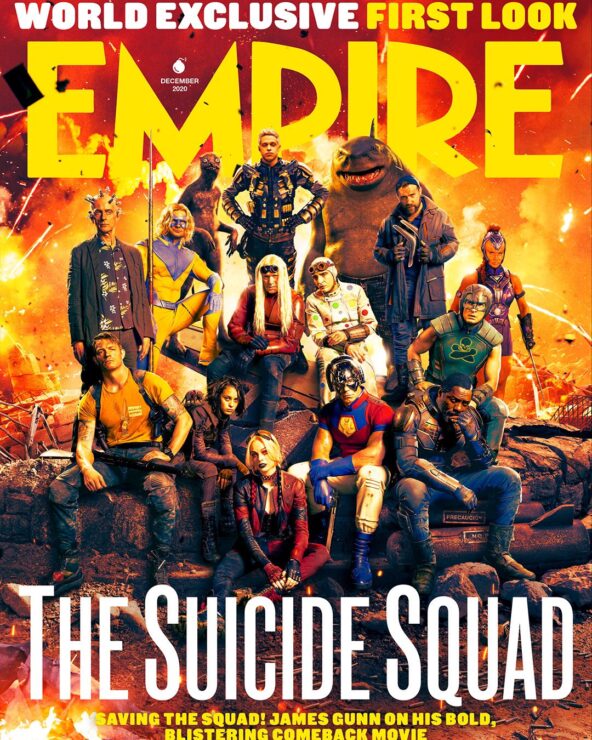 WB released the official synopsis for James Gunn’s The Suicide Squad. The film will follow DC Comics‘ Super-Villains to the enemy-infused island of Corto Maltese, where Task Force X will have a dangerous search-and-destroy mission. The Suicide Squad will premiere on August 6th, 2021.

#EwanMcGregor chatted during Eddie's final marathon about the new #ObiWanKenobi project, #TheMandalorian series and #StarWars filming. Use the force to donate and #MakeHumanityGreatAgain at https://t.co/8m60VqJ7vE – The Beekeepers pic.twitter.com/T21FGoCS2P

Ewan McGregor confirmed that the Obi-Wan Kenobi series is set to begin filming this spring in Los Angeles. While we know very little about the show, we do know that Hayden Christensen will be back to reprise his role as Anakin Skywalker. Star Wars‘ Obi-Wan will premiere some time on Disney+.

House of the Dragon Update

Raise your banners. @Djawadi_Ramin will compose the score for #HouseoftheDragon.

Still not slowing down. #TheFlash has been RENEWED for Season 8! pic.twitter.com/cYKgJlZdfD

The CW has officially renewed 3 more of its DC Comics series. Legends of Tomorrow, The Flash, and Batwoman will come back for another season. All three of these shows are continuing on The CW now.

The Mandalorian™: A Brief History of the Dark Troopers