Susan and Kitty are opening their minds to recount the history of Jean Grey across Marvel generations! In a constant cycle of death and rebirth, how does this omega-level mutant stand apart from other powerful telepaths? What makes her different, and why is the Phoenix Force drawn to her? Listen along to find out! 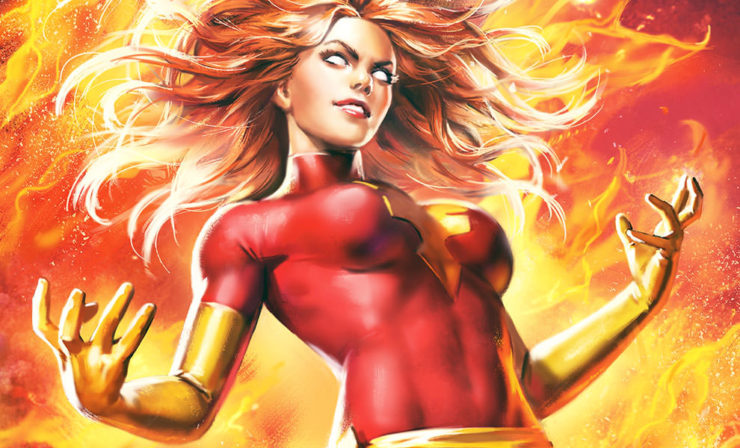 What makes you different?

No, really- we’re asking. Take a moment to consider what sets you apart from others. Unless you live in the Marvel Universe, that difference probably isn’t a genetic mutation that grants you powerful telepathy.

From humble beginnings as Marvel Girl in the original X-Men, Jean Grey has evolved over the years into a formidable force- Phoenix Force, that is. Her character was changed forever when introduced to the cosmic manifestation of all life and passion in the universe, becoming host to the fiery Phoenix. The Dark Phoenix Saga, and later cycles of constant death and rebirth have given her a unique role among the X-Men as a lover to some, a leader to others, and a legend to all.

In recent years, beginning with the All New X-Men, Jean Grey’s past, present, and future have all collided as she lives out the cyclical journey of the Phoenix- rising from the ashes after every defeat.  Young Jean Grey got her own solo series in 2017, providing a much-needed grounding point to launch into X-Men: Red, which is considered by many to be one of the strongest depictions of the character- and her true power of empathy- to date.

One thing is for certain, Jean Grey is different- Phoenix Force or not- and with each passing cycle of her life she only continues to become stronger and a more developed, complex character.

If you are interested in following the cycle of Jean Grey’s life and death in Marvel Comics, check out these sources: