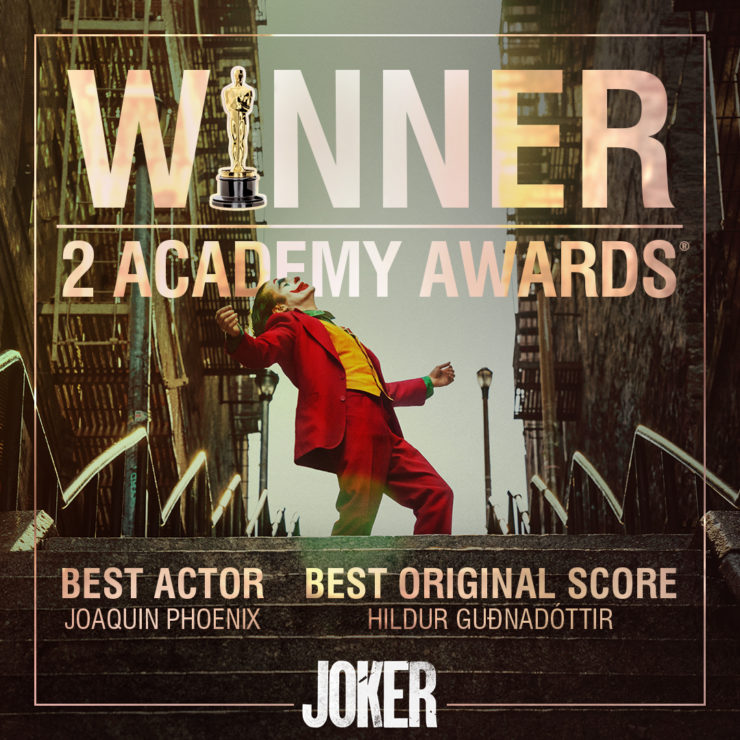 The Joker stole the show — this time at the Oscars! Joaquin Phoenix won Best Actor and composer Hildur Guðnadóttir won Best Original Score. This is the second time that an actor has won an Oscar for portraying The Joker.

do you have anything to confess, rahne sinclair? pic.twitter.com/FpnVEFwoL2

sam wishes he was nigh invulnerable pic.twitter.com/ti2VfThYbC

Marvel released nine new images from their upcoming movie The New Mutants. There are three photos each of Magik, Cannonball, and Wolfsbane that highlight how isolated each of the characters feel. The New Mutants will appear in theaters on April 3rd.

“Iron Strange” – an idea that was cut from the script of Avengers: Infinity War. On the Q-Ship, Tony Stark was going to transfer his armor to Strange to protect him from Ebony Maw’s torture needles. #avengers #avengersinfinitywar #ironman #drstrange #mcu #marvelstudios #marvel #conceptart

A keyframe of the Mk50 Iron Man suit forming over Dr. Strange, protecting him from Ebony Maw’s magic needle torture. Check out my friend and colleague @johnstaubart ‘s Instagram for keyframes of “Iron Strange” and Tony wearing the cloak for a taste of how cool this cross-over team-up could have been. #avengers #avengersinfinitywar #mcu #ironstrange #ironman #marvel #marvelstudios #marvelvisdev #conceptart #drstrange

The #avengersendgame artbook is out! Here was a fun unused idea featured in the book that was meant to be used in #infinitywar actually. When #ironman goes to save #drstrange on the qship, iron man puts his suit around dr strange to create . . . iron strange! Designs by the amazing Phil Saunders ! #marvelstudios #disney #concept #keyframe

Recently, a Knives Out sequel was announced. In an interview with Rian Johnson, the director explained it won’t be a direct sequel, but a totally new mystery for Daniel Craig’s Detective Blanc. There is no further news about Knives Out 2 at this time.

Netflix's Locke and Key Expands On An Exciting Universe