[SPOILER ALERT: The following contains spoilers for Episode 1-2 of Loki on Disney+]

Episode 1 of Loki focused on setting up the Time Variance Authority (TVA): how it operates, what the time agency wants, and how they intend to use Loki to capture another variant. With that set up, Episode 2, “The Variant,” wasted no time jumping into the action and before the end of the episode, the most sought-after variant was revealed.

It was Lady Loki, donned in classic green and horns and just (if not more) as mischievous and cunning as the original. 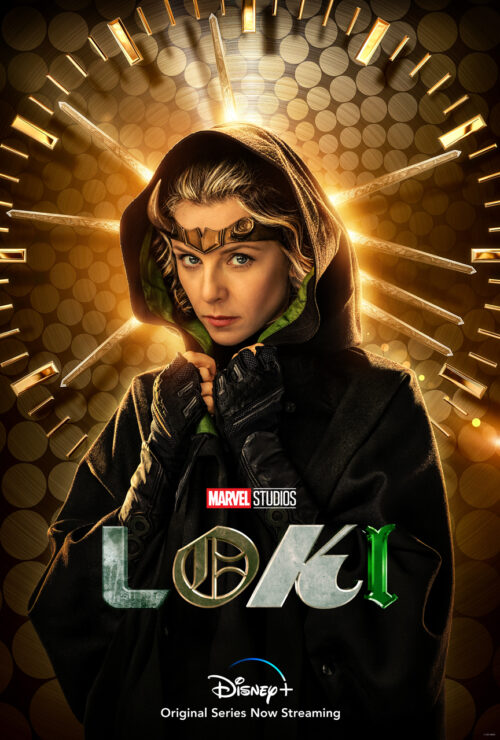 We may now know who the current antagonist of the series is, but we’re still itching to know so much more. Is Lady Loki really a bad guy? What’s her comic history? Is this variant really Lady Loki?

Luckily for us curious folk, director Kate Heron has stated the Disney+ series is just getting started with the mysterious variant. Episode 3 will dive deeper into her backstory. “I would say that next week’s episode we dig more into that. I don’t want to spoil anything for people tuning in next week.”

But who has the time or patience to wait until then? Keep reading to learn about the comic history and alternative Lady Loki theory.

Lady Loki’s Backstory, According to Comics 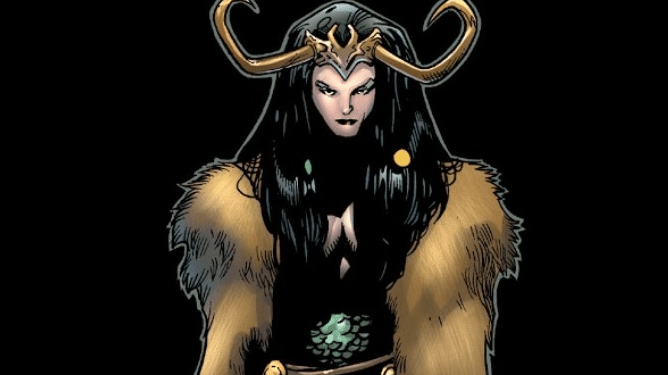 Lady Loki first appeared in 2008 in Avengers: Disassembled. Two years after Ragnarök, Thor looks for the reincarnated Asgardians in a small town in Oklahoma where Asgard has been reborn.

Unexpectedly, he finds his brother, but this time Loki isn’t male. The Trickster God has stolen the body intended for Lady Sif. And like that, Lady Loki was born.

Most of us watching Loki have been wondering how the TVA’s most wanted variant ended up becoming so. We know that any variant that alters the Sacred Timeline must be captured and reset, but why is Lady Loki the agency’s number one hunted variant?

We see Lady Loki kill several hunters, but, then again, our Loki has also killed. So, what makes Lady Loki worse? Is she actually worse than the other variants we saw?

The truth is that Lady Loki is Loki. In the comics, there is no difference. She isn’t an alternate version, one that has escaped the main timeline. She is the Loki we all know and love. You have to remember, Marvel based their God of Mischief on Norse mythology in which the trickster god is genderfluid and often appears as a man or woman. This was also nodded to in our main Loki’s initial TVA profile.

So, is Lady Loki actually worse than male Loki? No. She is as bad—or as good, (depending on if you’re a half-full or half-empty type person)—as when male. In Thor Vol 3 #5, she begins scheming with Doctor Doom almost right away. That’s typical Loki for you.

The MCU’s Version Is a Variant of the Comics 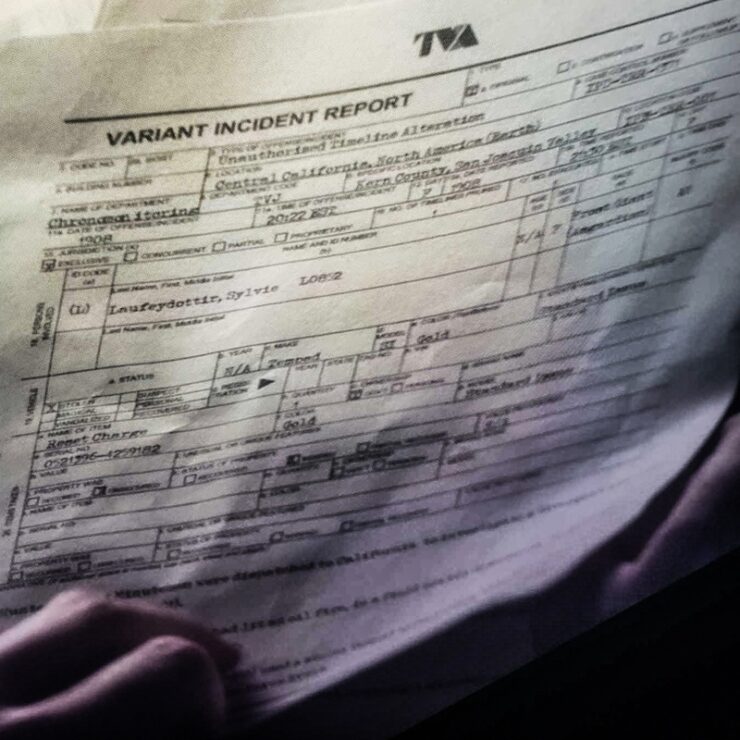 Most of us are still suspicious of the TVA’s most hunted variant even though Marvel is doing everything in their power to align the mysterious woman to Loki. She’s dressed in a strikingly similar green Asgardian suit and her TVA file even reads, “Sylvie Laufeydottir.” The last name is supposed to prove that she is just like our main protagonist who was adopted by Odin (“dottir” means “daughter” and is added to girls’ last names just as “son” is added for boys). Loki did, at one time, introduce himself as Laufeyson.

But Lady Loki in the MCU is already drastically different than her comic book counterpart. Unlike her comic origins, in the Disney+ series, she is an alternative version of Loki, one that seemingly existed separately from our Loki. Sif seems to have no involvement here, and it’s not just a matter of the soul.

We also couldn’t help but notice how little “Lady Loki” looks like the comic version. In the books, female Loki looks how you would expect: like Loki! She has midnight black hair and a twinkle of mischief in her eyes—Sophia Di Martino’s version just doesn’t look like the original character, which is strange for Marvel, which does tend to prefer comic accuracy.

Then there are her powers. The TVA is hunting down a variant with similar abilities to original Loki, but when both variants come face to face, it’s obvious they’re not evenly matched. Lady Loki uses enchantments to possess people. It’s not the usual shape-shifting or duplication-casting. Hmm. 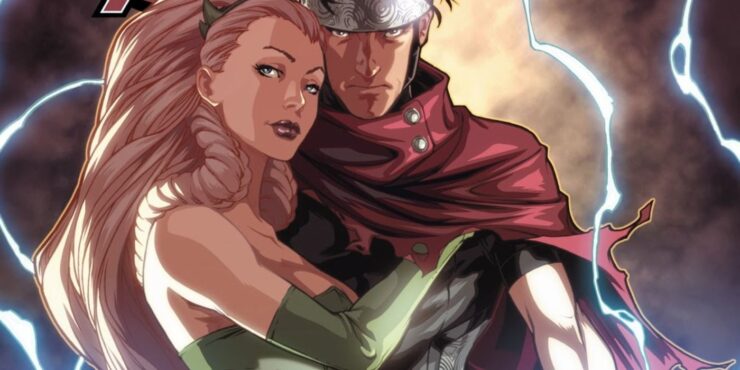 Of all Lady Loki’s differences, there is one that caught most of us off guard. It’s her name: Sylvie. Who the heck is that? Why is it a completely different name and not Lady Loki? While most of the series’ credits avoid calling her anything but the Variant, some laser-eyed fans did spot the character listed as Sylvie in other countries’ dub credits.

If Lady Loki is actually “Sylvie Laufeydottir,” it isn’t comic accurate at all… not unless Sophia Di Martino is playing someone else, someone actually named Sylvie, which leads us to one of the biggest fan theories at present.

Marvel loves a good twist. They love to build up to the real identity of bad guys for awhile (think Agatha Harkness and Red Skull on Vormir). It makes us think that this variant is possibly Sylvie Lushton a.k.a. Enchantress. That would explain a lot if it’s true, like why her powers seem different than Loki’s and why she has a completely different backstory than in the comics.

It’s not just the name that links the variant with Marvel’s Enchantress. Sylvie Lushton and Loki’s stories are intertwined in the comics. Sylvie, the second sorceress known as Enchantress (the first being Amora), was created by Loki. She was a normal human girl until suddenly, she woke up with magic powers some time after the Asgardians came to Oklahoma. The God of Mischief made her for his own selfish reasons: to infiltrate the Young Avengers.

Seeing Enchantress and Loki on screen together would make sense. In the comics, Enchantress becomes ill and weak after Loki’s death. If the show sticks to this storyline, Sylvie has a real reason she’s linked to Loki’s fate and gives her motive to help him. The two could join forces and work together to take down the TVA. But we’ll just have to wait and see what unfolds across the timeline before we can be truly sure.

Do you think the variant is Lady Loki, Enchantress, or someone else? Let Your Geek Sideshow and let us know your thoughts in the comments!

10 Marvel Characters That Deserve Their Own Solo Movie