Latest Birds of Prey Trailer Says Sayonara to the Joker and Hello to the Canary Cry, Black Mask, and More 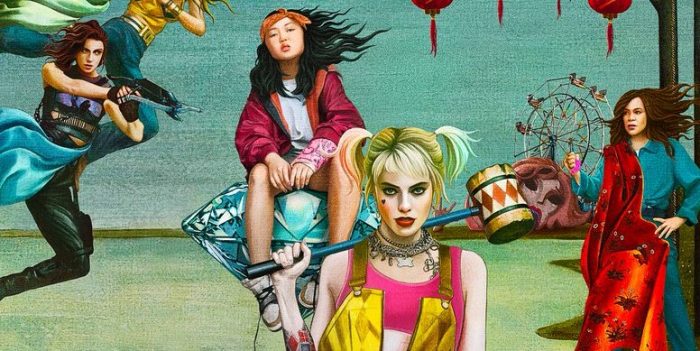 The latest Birds of Prey trailer makes itself very clear there won’t be any Joker here. This is Harley’s world and we’re all just living in it.

Harley Quinn stars in, narrates, and acts as the glue to her all-girl, post-breakup story. She tells us, “This all started when the Joker and I broke up.” Of course, this isn’t a story about a rational Doctor Harleen Frances Quinzel, because, moments later, we see Harley blow up her ex’s headquarters, the Ace Chemical processing plant. With or without her beau, this gal is psychotic—and she’s certainly here for emancipation.

But singledom ain’t all it’s cracked up to be. At least not at first. Harley heals her broken heart in the next scene by inhaling cheese in a can while sobbing and wearing a pajama onesie. As a girl, I’m living for the tongue-in-cheek reference to so many rom coms we grew up watching. Remember Bridget Jones’s Diary? 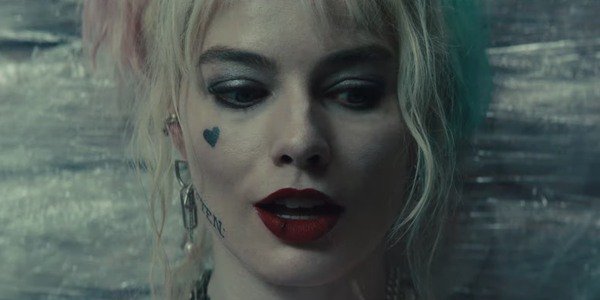 The kooky yet restrained song plays in perfect contrast to the harsh realities Harley now has to face. Because, despite her being ready to move on, the bad guys of Gotham want her dead. And there is one person who, after her breakup, wants her so very badly- Ewan McGregor’s Black Mask. He just can’t get enough of her or her girl gang.

Apparently, every lady has done the mafia boss wrong. Cassandra Cain robbed him, Black Canary betrayed him, Huntress killed his bestie, and Renee Montoya tried to do her job and put him behind bars.

You see, there’s no world at stake here. It’s been boiled down to mob bosses and mobsters of Gotham like so many solid Batman movies have been. No intergalactic space travels here.

This is the core of Birds of Prey. It’s not about Harley and the Birds of Prey saving the world. It’s not set to a Hans Zimmer score and the fate of mankind is not in jeopardy. Cathy Yan and Margot Robbie are telling a smaller story. They want you to feel an impact, just at a smaller scale. But this is still Harley’s story, after all, and our favorite lunatic doesn’t live in the real world.

Margot Robbie describes the film as “heightened”. The aesthetic is fun, bright, and totally outrageous. It is a film worthy of the big screen. I mean, the Marilyn Monroe homage is enough to make a girl see why anyone would want to spend time with the nutty anti-hero.

The new trailer screams originality. Don’t worry, though. If you have been a fan of Harls from the get-go, rest assured, this second tease of Birds of Prey delivers on a few other character elements you’re probably dying to see.

There was only one thing on our minds when Dinah Lance (the real name of Black Canary) sang a little ditty at Black Mask’s nightclub in the first trailer. Would we see the famous Canary Cry for the first time on the silver screen? Sure, in the clip fans got to glimpse the first few trembles in Black Mask’s martini glass but that was it.

Lo and behold, this trailer delivered. They did it, guys. In this version, we see the full effect of the potent Canary Cry, shattering the glass with ease. Dinah’s vocal cords are as strong as ever. We also see her easily blow away a dozen henchmen.

The new version also gave us the satisfaction of seeing Black Mask’s… well, black mask. This generous scene doesn’t go unnoticed. This is usually the kind of thing studios make fans wait the entire movie for. Only in the last scene do we get to see the big baddie (or hero) don their famous outfits. Birds of Prey said screw that. Let’s give them what they want and, boy, are the people happy to see McGregor cover up. 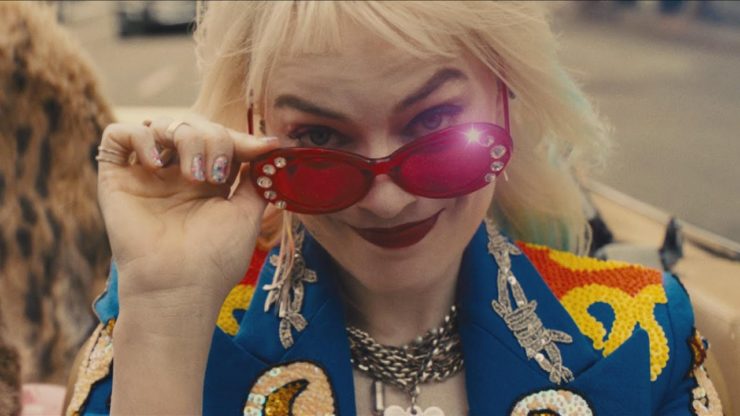 There are just too many goodies to count here. It’s enough to make a fanboy/girl’s head swirl. Harley in roller derby. Classic. Her stuffed beaver? Check. But nothing comes close to the last scene. They may be say that diamonds are a girl’s best friend, but we all know that spot is really reserved for Harley’s hyenas.

But the reveal is even better than expected. This isn’t her babies Bud and Lou. In Birds of Prey, it’s Bruce, named after that “hunky Wayne guy.”

HOLY BATMAN. This is all kinds of awesome. It signifies two things. One, it confirms there is continuity with the DCEU and, two, Harleen is so crushing on the Bats. So, which one is it, Harley? Hunky Batfleck or waifish Battinson? We want the tea.

Check out the full Birds of Prey trailer for yourself right here, and then let us know your thoughts in the comments below!

So long, Mr. J. The latest Birds of Prey trailer makes itself very clear there won’t be any Joker here. This is Harley’s world and we’re all just living in it.  Harley Takes the Spotlight Harley Quinn stars in, narrates, and acts as the glue to her all-girl, post-breakup story. She tells us, "This a