One of Disney’s most famous villains is Scar from The Lion King (1994). As Mufasa’s dastardly younger brother and the aloof uncle of prince Simba, Scar covets control over Pride Rock. He will claw his way to the top through any means necessary.

Those means include betrayal, murder, and manipulation. Despite these dishonorable actions, however, Scar is beloved by almost all Disney fans. Why is that? That is the question. Let’s break down this captivating character below. 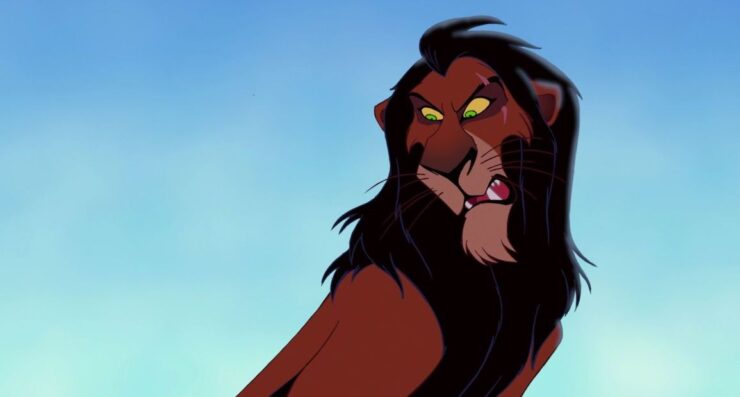 Scar stands out from the other lions. His darker coloration, with burnt umber fur and a black mane, contrasts the other lions’ warm yellow fur and red-orange manes. Such deliberate design choices hint at his moral alignment. Additionally, he’s lean and angular. Scar’s clearly hungry, both physically — he doesn’t belong to a pride and is living off scraps — and metaphorically. He’s starving for prestige.

Because he’s so different looking, he’s actually far more likeable to viewers. He’s unique, and we’re drawn to his difference rather than repulsed by it. Finally, there’s the scar across his eye that gives him his moniker; as storytelling animals, we humans immediately jump to conclusions about it. Did Mufasa gives him that wound? How can we forgive this virtuous leading lion for harming his little brother? It’s a great ethos appeal that tugs at our sympathies as we learn more about Scar. 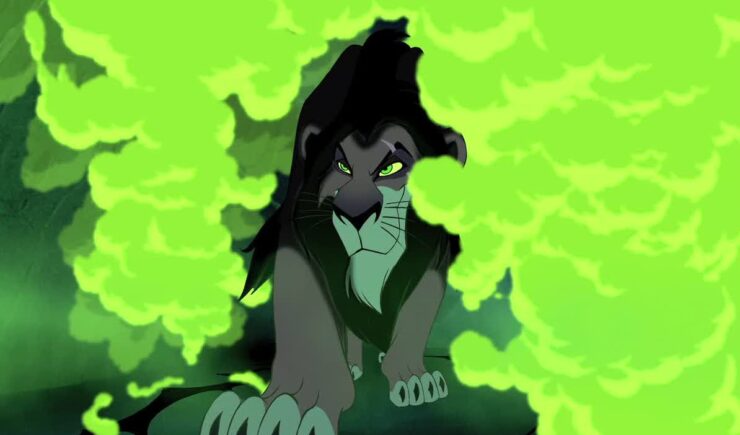 Scar is embittered and entitled. Even though his leadership style is unjust, and he treats his hyena henchmen Shenzi, Banzai, and Ed with disdain, he thinks he would rule the Pride Lands better than Mufasa. With this character, the ego and accompanying sass are simply too much fun for the audience to be distracted for long by his bad qualities. Scar’s iconic line, “I’m surrounded by idiots,” is constantly quoted in reference to the villain. Out of context, it also adds a layer of relatability within Disney fans’ own sometimes frustrating lives.

So Scar may be a bad guy — er, bad lion — but his sarcasm, confidence, and musical solo skills are massively appealing. If you’re watching The Lion King, “be prepared” to root for Scar in some small way, even if you ultimately hope Simba will win and restore his homeland. 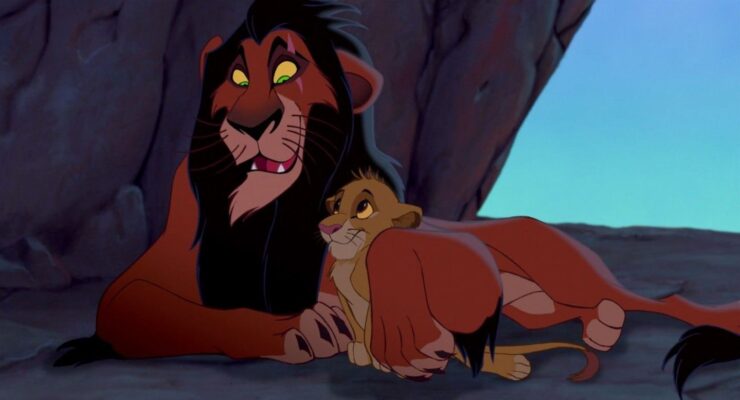 Scar’s relationship with his nephew is complicated, to say the least. He resents Simba’s mere existence, because the cub’s birth jeopardizes Scar’s chance at the throne. Scar was the second-born in his and Mufasa’s pride, which meant Mufasa always had first claim to the throne. Scar’s jealousy, rage, and indignation certainly make sense when the circumstances of their rule are completely out of his control.

Now, this doesn’t excuse him sending Simba and Nala to an extremely dangerous graveyard. He traumatizes and potentially almost kills the cubs just to get to Mufasa. When that plan doesn’t work out, Scar literally takes matters into his own paws. 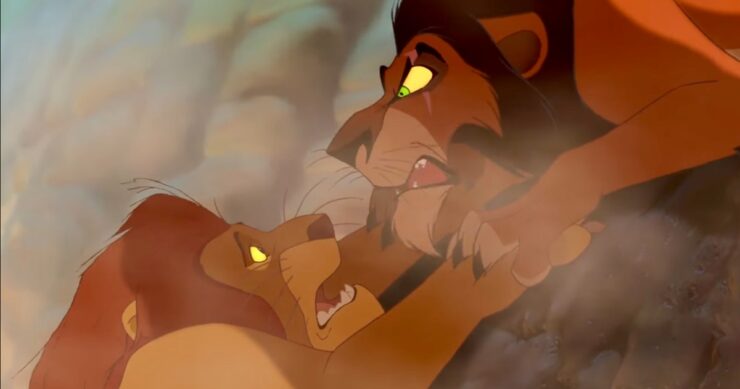 After tricking Simba into standing in the middle of a wildebeest stampede, Scar waits for Mufasa to rescue the young prince. Once Mufasa has brought Simba to safety, he slips on the cliffside and begs Scar to help him scale the rock. With a dramatic monologue and a complacent sneer, Scar feigns assistance and then drops Mufasa into the herd.

With Mufasa dead, Scar manipulates Simba into thinking that it’s the cub’s fault his father was killed. Simba vanishes in guilt-ridden exile, and Scar takes control of the Pride Lands. Under his rule, the plains become barren wastelands. Crops and animals die while he hoards all the resources for himself. Scar becomes a true despot, wielding strength and fear as weapons. He’s as selfish as ever.

This behavior, while wrong, is also completely understandable if you consider his past. Denied food and proper shelter for most of his life, Scar lived as an outcast who had to fight for every scrap. Once he’s king, he takes and takes and takes regardless of the consequences, eating as much and as quickly as he’s able. Scar is, essentially, a stray animal with trust issues, so all in all that’s a typical reaction to a new wealth of resources that belongs solely to him. 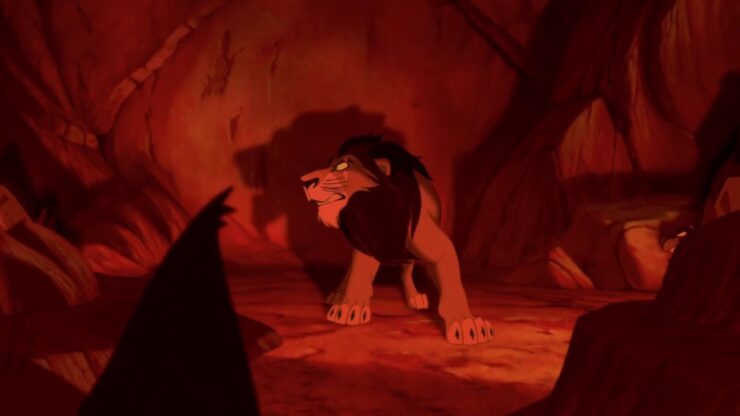 Of course, as the villain, Scar loses in the end. Simba returns to Pride Rock by Nala’s side, and the lions challenge Simba’s uncle for the throne. Since Simba never actually died — which was the lie Scar told the rest of the pride — Simba still has his birthright claim to Pride Rock. With the meager grass aflame and a thunderstorm roaring overhead, Simba defeats the tyrant of the savannah. He sends Scar over a cliff in a victorious scene full of poetic justice, and the hyenas gladly take care of the rest.

Again, Scar had to lose. He’s the villain in a Disney film. We do feel a little bad for him, though. His potential, if nourished, could have been largely beneficial to Mufasa’s pride. Scar was intelligent, cunning, ruthless — all qualities that could have balanced Mufasa nicely. Instead, as it happens in the wild, Scar was cast out. His fate was sealed.

What’s your take on Scar? Let us know in the comments, and don’t forget to Let Your Geek Sideshow!