[SPOILER ALERT: The following contains spoilers for Episode 5 of Loki on Disney+]

Time really does fly when you have a handy TemPad or prune yourself to the Void. Just as quick as Sylvie and Loki’s time travel, we’ve made it to the penultimate episode in the blink of an eye. “Journey Into Mystery” flies by with intense action scenes that could have very well been the finale. In this installment, we see more Loki variants cause chaos, Ravonna Renslayer turns darker, and hints of Kang the Conqueror litter the end of time.

It’s a lot to process, so let’s do it together. Here are the biggest moments of Loki, Episode 5.

The Void and Alioth 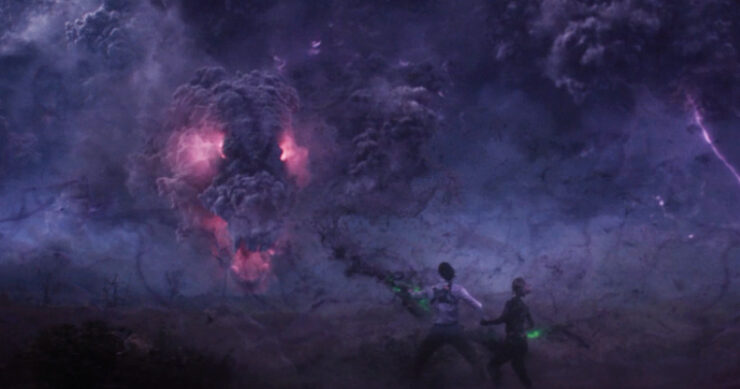 Matter cannot be destroyed or created. Looks like the Time Variance Authority got its physics lessons. It turns out when the TVA prunes variants, the variants don’t die or cease existing … at least not quite yet. Pruned variants actually get teleported to the Void at the end of time. It’s worse than it sounds. There an impending death waits for them in the form of Alioth. This creature is like an enormous cloud that consumes everything in its path, and it seems to have a particular fondness for variants.

Alioth isn’t just useful for the TVA. It’s also the perfect watchdog for a certain castle beyond its large mass, but more on this later.

Too Much “Glorious Purpose” in One Room

Last week’s episode revealed the appearance of popular Loki variants straight from the comics. It was a small taste of what was to come because if last week’s end credit scene was an appetizer, Episode 5 was a five-course meal of Lokis.

Like Mobius said, “You throw a rock out here, you hit a Loki.” Fortunately for our protagonist, as soon as he lands in the Void there are different versions of himself already present, ready to help him survive the hostile environment.

Why is that? How did so many God of Mischief variants wind up at the end of time? It turns out what makes a Loki a Loki is their ability to survive. All Loki variants in the Void have survived for who knows how long, even against Alioth. “We may lose. Sometimes painfully, But we don’t die. We survive.”

But the camaraderie doesn’t last long. It’s not just survival that makes a Loki tick. More often than not, they’re power-hungry tricksters. And it turns out a room full of tricksters results in, well, absolute chaos … and Alligator Loki biting off President Loki’s hand.

The Fate of the Time Variance Authority 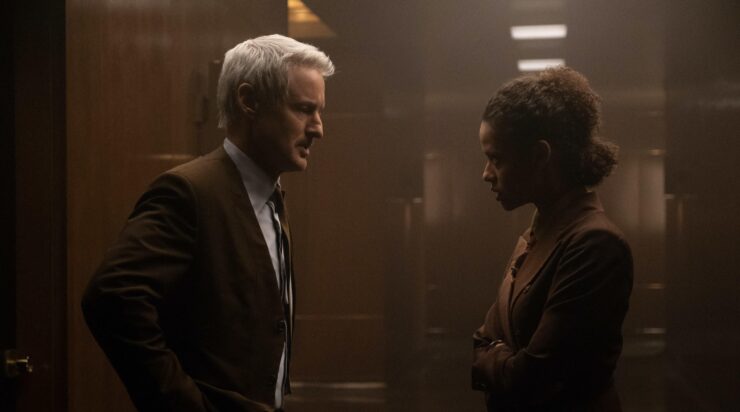 The Time-Keepers are fake, just mindless androids put in place to make TVA agents feel like they’re working for a greater cause. You’d think that as soon as the TVA agents know this truth, the organization would collapse. There would be no reason to uphold it. It’s all a lie.

Judge Renslayer disagrees. For reasons unknown, Ravonna Renslayer is the only TVA employee who discovers the truth, but who does not want to take down the time organization. Hunter C-20 just wanted to go home when she found out she had a life before the agency. Hunter B-15 sided with and aided Sylvie to fight the Minutemen and Time-Keepers. So, what is Ravonna doing?

The sole reason the TVA still exists is because of Renslayer’s effort. She doesn’t reveal the truth to the Minutemen and keeps Hunter B-15 in custody. Here, face to face with her prisoner, she seems darker than we’ve ever seen her, gloating when she tells Hunter B-15 she’ll imprison her in a time loop for the rest of eternity.

It does seem like Renslayer is as clueless as everyone else. She has no idea who is really pulling the strings behind the TVA. She wants to find out for herself — before Sylvie, who she seems to especially dislike — all while keeping the bureaucratic agency intact.

Her desire comes in direct opposition with Mobius, who survived his pruning (BRB, crying happy tears and praying he gets to ride a jet ski). “Journey Into Mystery” shows the former top-level TVA agent make a complete 180, no longer fighting Loki but working with him instead. The end of the episode sees him escape via the TemPad Sylvie had stolen only to head straight back to the TVA. He wants to burn it down.

Can Mobius manage it? He’s not much of a fighter, but he does have one weapon that could destroy the organization: the truth. Everyone working at the organization who learns the truth, besides Renslayer, loses all allegiance to the TVA. If Mobius can’t win a physical battle against the Minutemen, he still has his words.

What Is Behind Alioth? 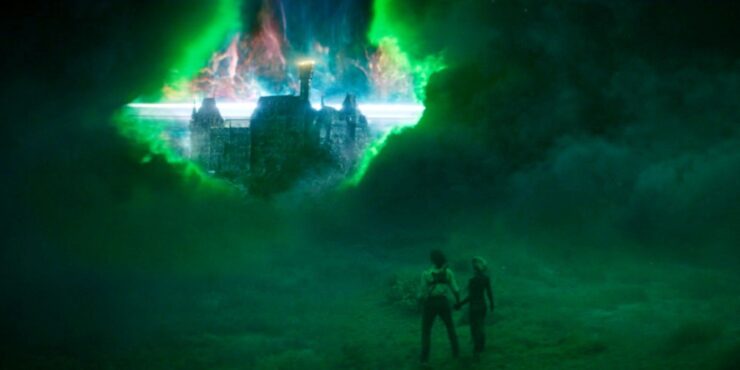 It’s all comes down to this. Since Loki was captured and taken by the TVA, he’s wanted to meet the people responsible for maintaining the “sacred timeline.” Sylvie has made it her life’s purpose to dismantle the organization. Episode 5 ends with Sylvie and Loki successfully enchanting Alioth, and behind the massive creature is an impressive castle.

In a few days, we’ll finally see who is behind all this TVA nonsense. But there is one theory that feels right. It seems like all signs point to Kang the Conqueror. There are just too many clues that we can’t ignore. The presumed Stark Tower in the Void turned out to be Qeng Enterprises, a company owned by Kang. Ravonna herself is a love interest or adversary to the time-traveling conqueror. But the biggest Kang clue is Chronopolis, a fortress that exists outside time and space where Kang resides, only separated from Alioth by a time barrier. Sound familiar?

We know Kang has already been cast for the next Ant-Man movie, so seeing the big Marvel villain in Loki makes perfect sense.

What did you think about Episode 5 of Loki? Which moments were your favorite? Let Your Geek Sideshow and let us know your thoughts in the comments!