Snow crunches under Ethan Winters’ feet. In full sprint, he tries desperately not to trip on the jagged rocks piercing up through the ice. The tall cliffs flanking the path block most of his vision, but the guttural sounds of growling echo around him.

As dawn breaks, these gnarls and grumbles subside, and he can see a clearing up ahead where the cliff trail ends. He makes it through just as the first rays of sunlight pour over the eastern mountain range, illuminating a small village in the valley below. An immense, gothic castle looms in the distance. He barely notices it. The only thing on his mind is his lost daughter, Rose. He must find her, no matter the cost. 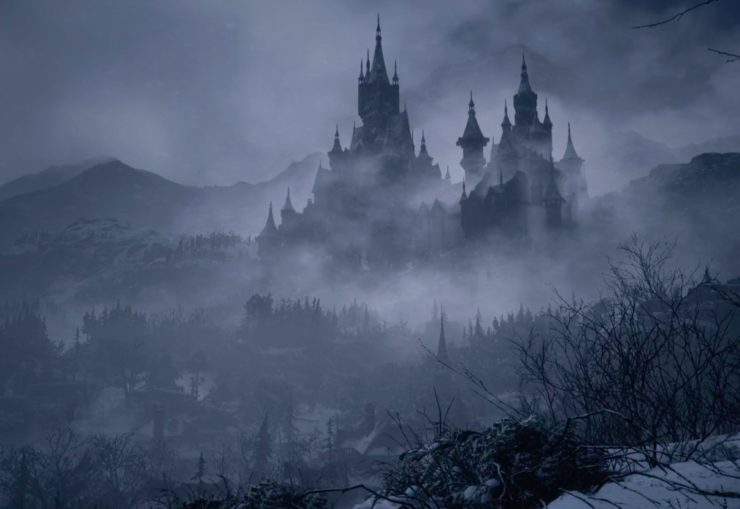 Resident Evil: Village (AKA Resident Evil VIII) is Capcom’s latest deep dive into the world of their iconic survival horror series. Continuing the story of Ethan Winters, the protagonist of the previous game, players will explore the titular township and surrounding areas while searching for Ethan’s kidnapped baby daughter. In doing so, Ethan will encounter the dark matron of the village, Mother Miranda, and her army of infected bioweapon monstrosities. The strongest of these are the four lords that she has chosen to rule over the village and the surrounding territories.

But who were these powerful lords before they became Miranda’s walking science experiments? Never ones to shy away from some good, deep lore, Capcom has provided a plethora of clues and story hints for players who want to piece together the hidden origins of these characters.

However, if you’re not brave enough to traverse the dark castle halls or fight the lycan hordes in order to learn the backstory of your favorite tall vampire queen (or anyone else in the game), don’t worry. We’ve got you covered. 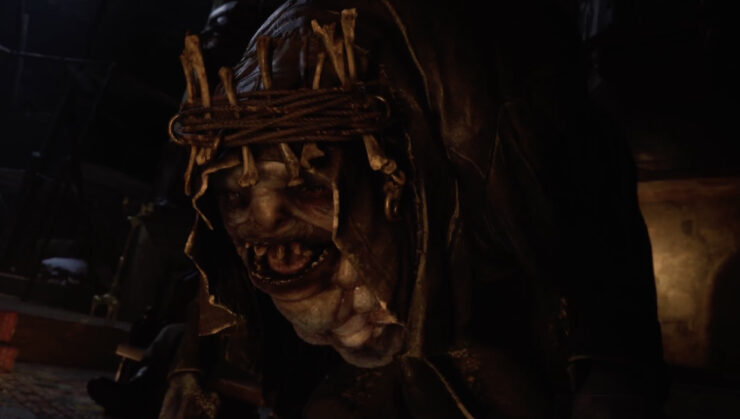 Definitely the most grotesque of Mother Miranda’s lords, the experimentation on Salvatore Moreau left his body twisted into a warped, disgusting merman. This is a bit ironic as the crest of his house is that of a beautiful mermaid, due to the prestigious Moreau family controlling the reservoir and surrounding waterways of the village.

While little is known about him, Salvatore was possibly a physician prior to becoming infatuated with Mother Miranda and becoming her guinea pig. He even had the word “Mother” tattooed on his arm. Miranda, however, was disappointed with how inadequate a test subject Moreau was after her experimentation. His brain functions dropped dramatically, and he could barely control his transformations into a large fish. He was ultimately deemed to be defective, but still useful enough to further assist her in future trials on the other hapless residents of the area. 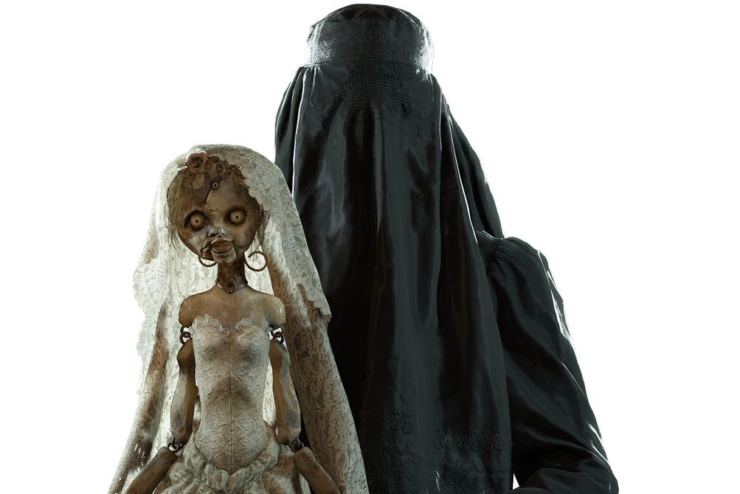 Maybe the most tragic of the four lords is the doll maker, Donna Beneviento. As a child, Donna suffered an accident that left a long scar across her face. This caused her to seclude herself from the other people in the village. In an attempt to get her to open up, her father made an ornate porcelain doll for her, and clad it in a pretty wedding gown. Donna loved the doll and named her Angie. Soon, she opened up again, talking through Angie and using the doll to communicate her thoughts and feelings.

Sadly, shortly after this, Donna’s parents passed away, leaving her all alone. This caused her crippling anxieties and mental health issues to manifest once more, and she locked herself away, only talking to Angie. It wasn’t until Mother Miranda offered to adopt and watch over the young orphan that Donna began to open up again. Soon the little girl seemed happier than she ever had been before.

However, Mother Miranda was secretly experimenting on her new ward, and implanting a parasite into Donna was a tremendous success. The girl developed the ability to use the pollen of flowers grown in the region to induce hallucinations. She could also share her parasite with Angie and any other dolls she created, effectively bringing the creepy toys to life. Despite the experiment’s success, Donna’s mental illness caused her to also be deemed a failure by Mother Miranda. 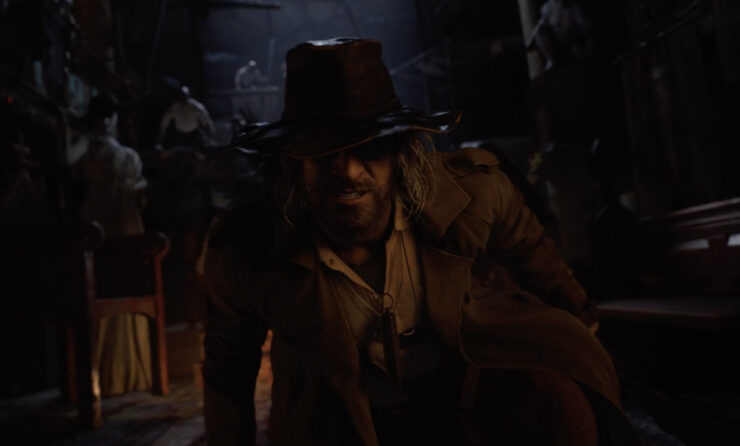 For years the Heisenberg family ran the more industrious side of the local village, and employed many villagers at their local factory. However, due to poor working conditions and reports of cruelty, the factory was taken away from them and shut down.

Young Karl Heisenberg had a genius-level intellect and an affinity for engineering when Mother Miranda found him. Her tests converted Karl’s genetic makeup, giving him electrical organs inside his body. These changes gave him the ability to control metal through magnetic fields, and to stream his consciousness into electronic devices like radios or televisions. Despite being a “splendid specimen,” he still was not good enough for Miranda’s needs.

Still, she recognized his potential and returned his family’s factory to him so that he could do his own work with the parasite. Despite this, Heisenberg came to despise his creator and the other lords of the village, resenting that they were all just deemed failed experiments. It wasn’t long before he decided to start building an army and prepare for an eventual rebellion against his master. 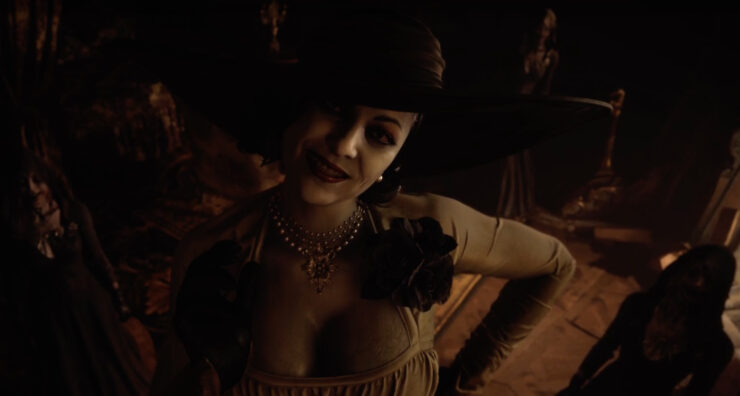 The eldest of Mother Miranda’s “children” is the tall woman herself, Lady Dimitrescu. Born as a noble in the early 20th century, Alcina grew up in the lap of luxury, supported by her family’s successful wine business. She soon discovered a penchant for music and singing, and started a jazz band called Miss D and the Pallboys. This sadly did not last long, and after the culmination of World War II, she returned to the village of her youth, only to find her family castle and lands had been confiscated.

Born with a hereditary blood disease, Alcina went to Mother Miranda for help after hearing of the miracles the woman could perform. But instead of curing the disease, Miranda implanted the noblewoman with a parasite. This Cadou parasite mutated Alcina’s body, giving her incredible regenerative abilities, stopped her from aging, and made her near impervious to injury. However, these new abilities also caused her to grow considerably, reaching a height of 9 feet and 6 inches tall. Additionally, to maintain her youth and regenerative abilities, she needed to consume blood from the living.

Once her transformations were complete, Miranda returned Castle Dimitrescu to Alcina, and set her up to conduct her own experiments with the parasite. These tests resulted in creating three new vampires, with whom Lady D took on an immediately maternal relationship. She named the girls Bela, Cassandra, and Daniela. As a family, they restarted the Dimitrescu wine-making business, with a new specialty wine, Sanguis Virginis. Its ingredients are a well-kept secret.

With such deep, rich lore, it’s little wonder why Resident Evil: Village was one of the biggest games of 2021.

So, who is your favorite of the four lords? What do you hope to see from the recently announced DLC that will be coming in the future? Keep the conversation going over at side.show/geekgroup, and don’t forget to Let Your Geek Sideshow!