10 Marvel Characters That Deserve Their Own Solo Movie

The Marvel Cinematic Universe has forever changed the CBM (Comic Book Movie) landscape as we know it. From 2008’s Iron Man to the highly anticipated summer release of Black Widow, the MCU is in a constant state of reinvention. This innovative approach to cinema has even permeated Marvel’s TV properties, including the vastly different WandaVision and Loki.

May it never go unsaid — Black Panther‘s Shuri is an unadulterated badass. She’s Princess of Wakanda, the leader of the Wakandan Design Group, and the creator of Wakanda’s cutting-edge, Vibranium-based technology. Shuri resolutely stands by T’Challa’s side and kicks all the villainous butt amid her tenure in the MCU. I would watch a Shuri solo movie. It could consist of other notable Marvel cameos, but nothing that overshadows her prominence. She could create new tech and take on baddies all her own. Shuri’s film could also delve deeper into her comic book history. 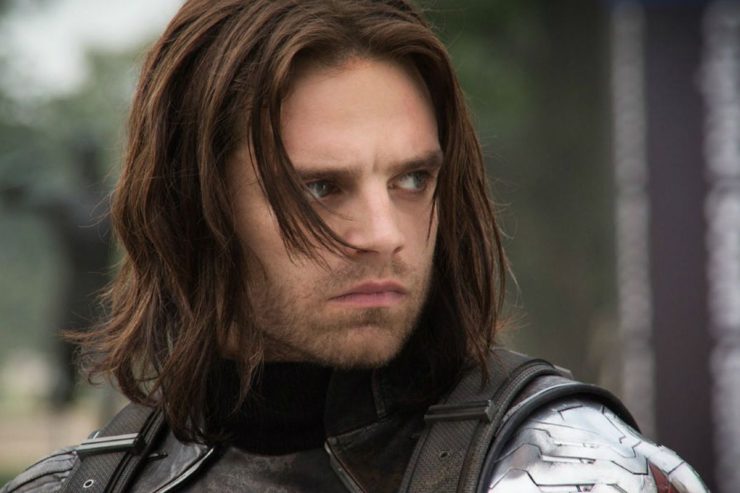 Bucky Barnes faces his troubled past.

Steve Roger’s bestie a.k.a. Bucky Barnes spent decades working as the Winter Soldier. I think it would be interesting to fill in the blanks regarding that timeline. Perhaps there are moments wherein he attempts to resist his HYDRA training. A movie could follow his perspective after Captain America: Winter Soldier and flesh out his journey to Wakanda. There could be some time jumps as well. While The Falcon and the Winter Soldier outlines Bucky’s path to redemption, a solo film could launch him on said path. 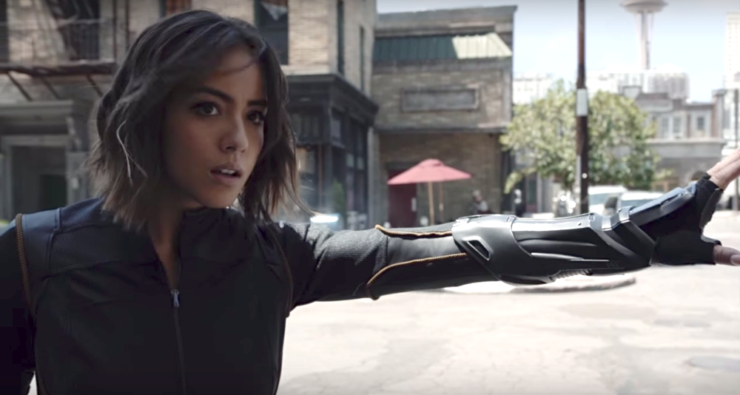 Daisy Johnson, or Quake, is groundbreaking in her own right.

Agents of S.H.I.E.L.D. is, undoubtedly, one of Marvel’s best TV shows. While Clark Gregg‘s Phil Coulson initially drew in viewers, the surrounding cast eventually stole hearts. Daisy Johnson a.k.a. Quake is an Inhuman S.H.I.E.L.D. operative who makes her debut on the show as the elusive Skye. After the blossoming of her powers, she transforms into a bona fide superhero. I’d love to see Daisy exploring the universe with her beau Daniel Sousa and half-sister Kora. There could be a melding of the TV series and the Marvel comics, one that culminates in Daisy becoming Director of S.H.I.E.L.D. like she does in the comic books. 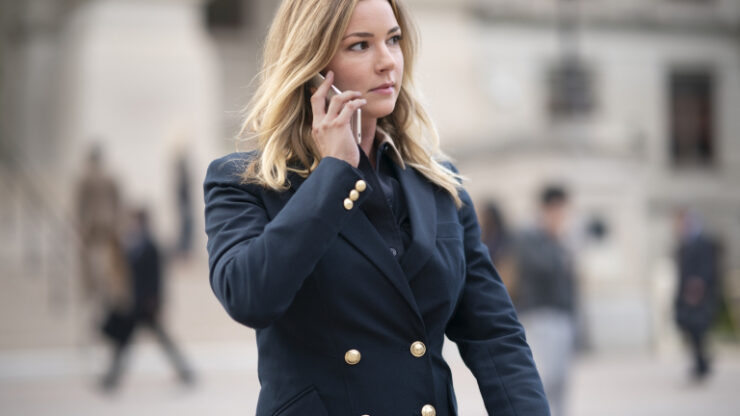 Sharon Carter is no stranger to making a power play.

Sharon Carter’s trajectory in The Falcon and the Winter Soldier really took me by surprise. Her turn from S.H.I.E.L.D. agent to the Power Broker pulling the strings in Madripoor would make for an intriguing solo movie. Of course, Steve Rogers and Sam Wilson played a role in forcing Sharon to go on the run. I think viewers would like to know what happens between her sojourn to Madripoor, arriving as an ex-S.H.I.E.L.D. operative, and her appearance in The Falcon and the Winter Soldier. 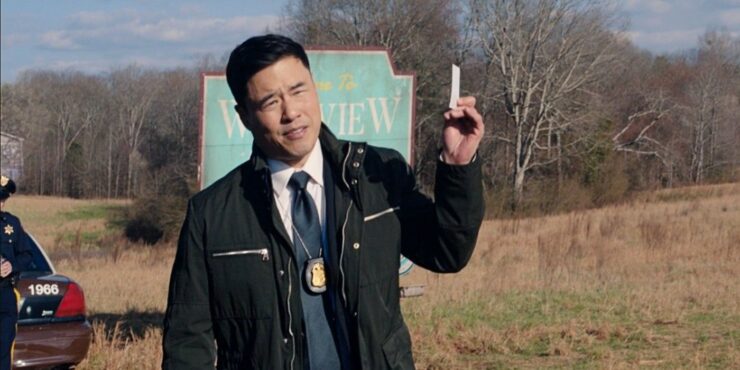 Jimmy Woo! Who doesn’t love the magic-wielding FBI agent? The MCU hasn’t utilized Woo much beyond Ant-Man and the Wasp and WandaVision, which is why I think we need more of him. Perhaps an origin film is due. We could dive into his FBI career and dabble into his comic book history, and his switch to S.H.I.E.L.D. I’m of the camp that Jimmy Woo and Darcy Lewis could have their own spin-off franchise, and I’d find it just as riveting as any of the MCU leads. 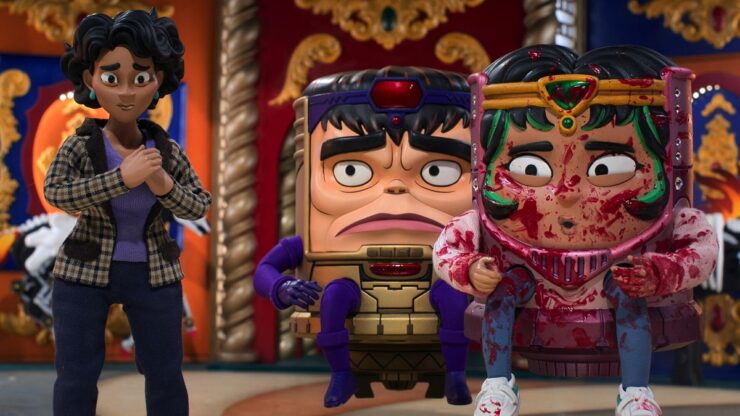 Time, and sanity, are just an illusion for M.O.D.O.K.

I know, I know. We already have a M.O.D.O.K. TV show. But what about a wacky origin story? We could dive deeper into M.O.D.O.K.’s humble beginnings and how he came to be the titular mental organism designed only for killing. Maybe we see more of his interactions with the Avengers or his plans for world domination put into action. Even his obsession with early aughts alt-rock gives him lead potential. I think, if the Hulu series isn’t renewed for another installment, it would be fun to wrap up his story with a film. 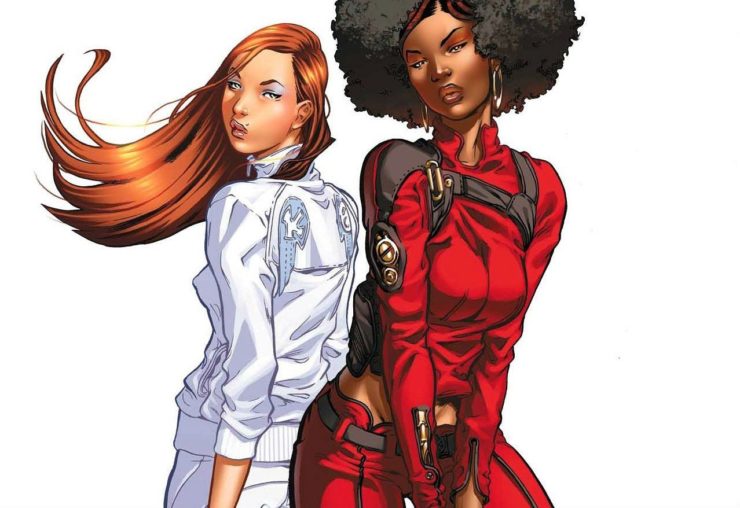 The Daughters of the Dragon are a formidable duo worthy of their own film venture.

I should just lump Colleen Wing into this one. I’d love to get a Daughters of the Dragon film centered on Misty Knight and the private investigation agency she starts with Colleen Wing after the former loses her arm. We were already going in that direction with Netflix’s Luke Cage prior to the streamer canceling it. Misty and Colleen taking on baddies would be the dream. The film could even dive into Knight’s inevitable pairing with Valkyrie and the Valkyrior.

Agent Carter is on the case.

Two Carters, one list! Agent Carter was such a delightful show that combined two elements I love — period pieces and comic books. I was hoping that the series would delve into Peggy Carter establishing S.H.I.E.L.D. from the ground up. Unfortunately, ABC axed the show after two seasons. Perhaps a solo film could pick up where the series left off, and Peggy finally creates the famous organization that’s so prevalent in the Marvel sphere. As long as Jarvis and Howard Stark make their respective appearances, I’m happy as a clam. 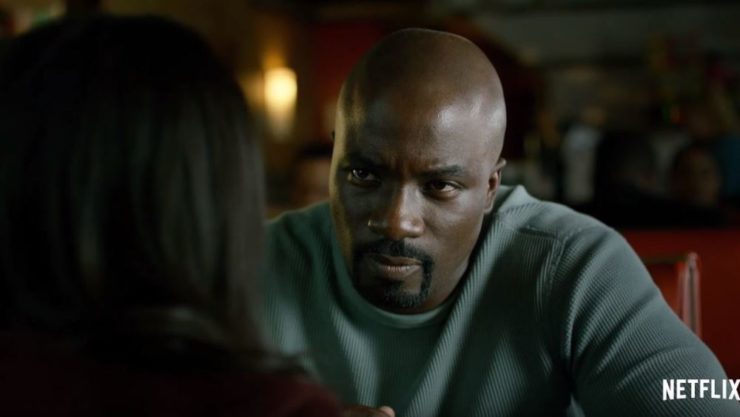 Luke Cage deserves to break free into his own movie.

Luke Cage suffered the same fate as all of Netflix’s The Defenders shows: death by cancellation, despite exhibiting two solid seasons. Luke Cage deserves a solo outing. We could cover his origins through his time protecting Harlem, his relationship with Jessica Jones, and even his partnering with Iron Fist/Danny Rand to form the Heroes for Hire. I think The Defenders was definitely leaning in that direction, so maybe a Luke Cage flick could expound upon that.

Jessica Jones’ story still has a lot of material to offer.

Jessica Jones is, for me, The Defenders cancellation that stung the most. Give me a flawed, complex, and strong female lead in a comic book property, and I’m good to go. I’d love to see Krysten Ritter reprise her role for a film. Perhaps it could dive into Jessica’s early years when she undergoes psychic therapy from Jean Grey to her marriage to Luke Cage to her stint writing for The Daily Bugle. Maybe we could finally bear witness to her time with the New Avengers as a genuine superhero. There could be multiple fun cameos and crossovers as well.

Which Marvel characters should get a solo movie? Let Your Geek Sideshow and sound off in the comments below!