Gamma means more than green. While Hulk and She-Hulk are perhaps the most popular Marvel Comics characters with gamma-radiation related powers, there are plenty more who belong in that hero and villain category. Most are gamma mutates, or individuals exposed to gamma radiation who also possess the “gamma gene.” While this radiation would be immediately harmful for most, the gamma gene causes these individuals to develop a mutation rather than injury. This usually causes two forms: one human, and one often deemed monstrous.

Like all people, of course, these characters aren’t simply good or bad. Below, let’s look at Earth-616 characters who are either gamma mutates or who gained their powers through gamma radiation. Plus, we’ll outline their major storylines — and you can decide their moral alignment for yourself! 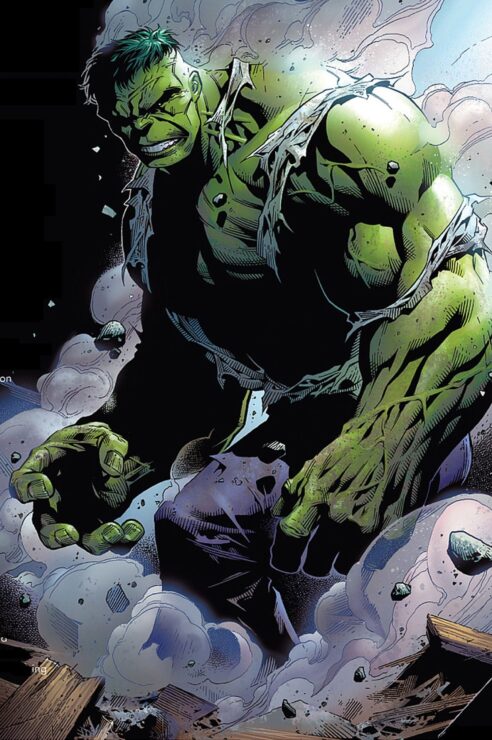 First appearance: The Incredible Hulk #1, May 1962

Main storyline: The theoretical physicist Bruce Banner worked on experimental nuclear technology for the army. During a test run, his invention the G-Bomb exploded. Gamma rays flooded into Bruce Banner’s body, altering his DNA permanently. At night, after experiencing no other radiation symptoms, Bruce transforms into the large gray, hulking figure. Hulk would later be colored green to match the green tones that often resulted from inconsistent gray ink shades in the panels.

Since 1962, what Marvel story hasn’t the Hulk been part of? He’s teamed up with the Avengers. He’s been to space and alternate realities. The Hulk fought as a gladiator on Sakaar, and has even died. Most recently in Marvel comics continuity, Hulk and Thor are engaged in a savage battle on the planet Sakk-Reen. 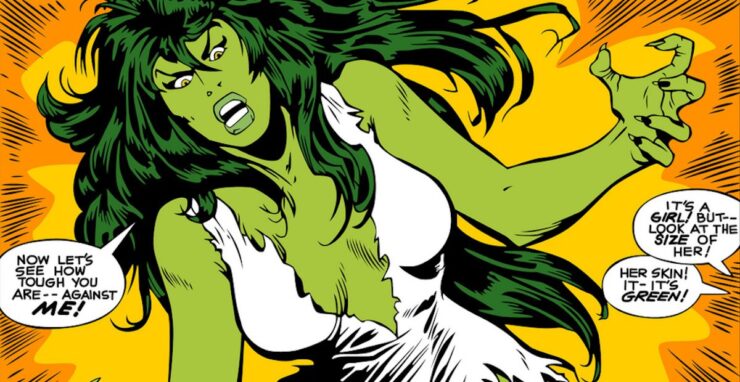 Main storyline: Jennifer Walters was a prestigious lawyer working in Los Angeles. Everything changed when she was attacked by mobsters. In order to save her life, her cousin Bruce Banner gave her a blood transfusion. That gamma-radiation surged into Jen’s veins. Later that evening, she transformed into a towering emerald giant!

Unlike her cousin, Jen retained most of her intelligence and awareness while in Hulk form. So she continued life as a lawyer but with a new green look. Balancing two full-time jobs, through the decades she joined the Fantastic Four, helped the Avengers, and even became a bounty hunter. But right now in Marvel comics, She-Hulk has had quite enough of super hero adventures. She’s back to her original around-the-clock job as an attorney — but who knows how long that will last!

Main storyline: Emil Blonsky was a KGB spy of Soviet Yugoslavian origin. He received his powers after getting dosed with gamma radiation that was similar, but not quite as safe, as what exploded near Bruce Banner. Unfortunately this caused Emil to transform permanently into a massive, green, gilled creature called Abomination. While Emil could retain his cognizance and intelligence, he could never revert back to his human form.

Emil’s rage and sadness nearly drive him insane. Blaming Bruce for his miserable state, he clashed with the Hulk many times over the years. With time, Emil recognized that he only had himself to blame for becoming the “monster” he was. Eventually he was taken into custody by General Ross to further repent for his crimes. Currently, Abomination is actually dead — murdered by Red Hulk. 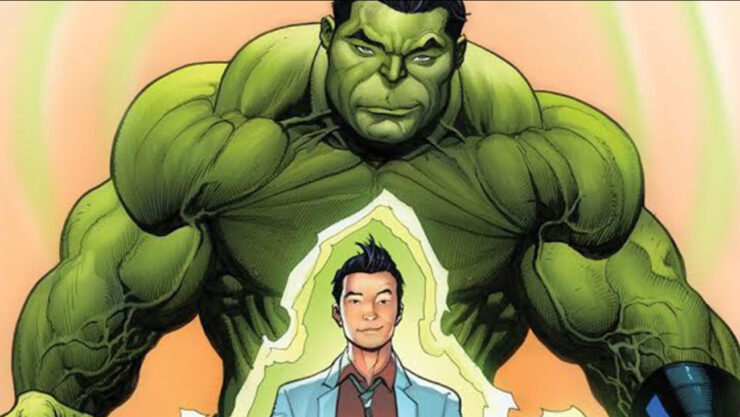 Main storyline: Amadeus Cho is a super genius. He even saved Bruce Banner from becoming the center of a nuclear meltdown. How? Amadeus absorbed the Incredible Hulk’s powers. Amadeus managed to keep Bruce stable, but had to work very hard to keep his own emotions in check. Still, Amadeus was determined to be a safer and more dignified Hulk.

Recently, Amadeus has been crime-fighting with the Champions — Ms. Marvel, Nova, and Miles Morales. He’s also been working alongside the X-Men to stop the Weapon H program, which extracted and exploited Amadeus’ own DNA to create mutant/Hulk hybrids. 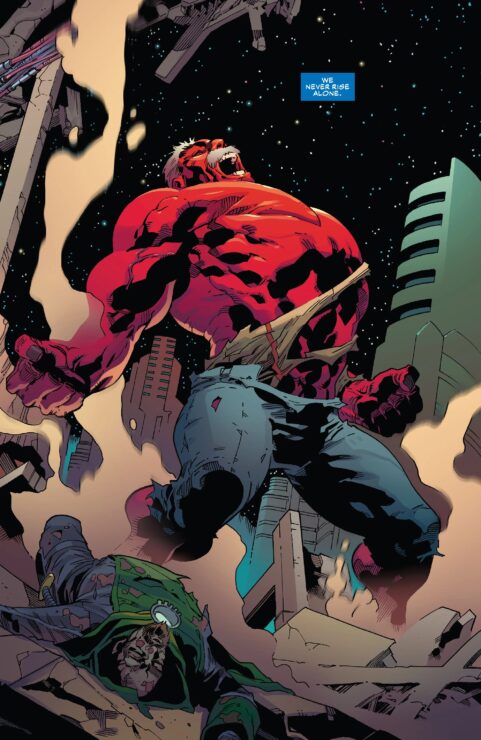 Main storyline: General Thaddeus Ross served proudly in the U.S. military. He was present when Bruce Banner’s G-Bomb exploded and, seeing the savagery Hulk was capable of, Ross vowed to hunt him. The Pentagon designated Ross as head of Operation: Hulk. Ross loathed Hulk with his entire being, and despised that his daughter, Betty, loved Bruce Banner. Led by his emotions, Ross made various questionable decisions throughout his years in an attempt to eradicate all Hulks from Earth.

Sadly, Ross became the very thing he feared. At his lowest point, Ross agreed to work with M.O.D.O.K. if the villain could restore Betty Ross to life. M.O.D.O.K siphoned radiation from the Hulk, then used it to transform Ross into Red Hulk. He drifted, fought, and raged without purpose until allies such as Captain America gave him something to fight for. Now, however, Red Hulk is back on a rampage. 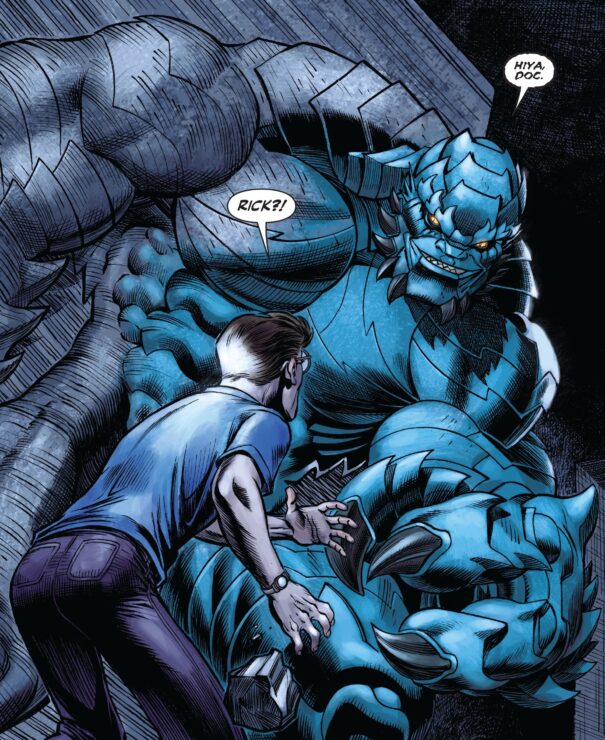 Main storyline: A long time ago, Rick Jones was a rebellious and mischievous child who snuck onto an army base. It turns out that just before the G-Bomb exploded, Bruce Banner saved Rick by getting him to safety in a trench. But Rick was present when the Hulk first transformed. Thus Rick remained by Hulk’s side for a long time. The pair were close friends, and Rick even helped create the Avengers.

Recently, Rick has acquired powers that make him the big blue A-Bomb. This was accomplished by injecting him with Abomination’s DNA. The culprit? M.O.D.O.K. and the Leader, of course. Despite a brief violent outburst, A-Bomb is in control of his emotions and intelligence. He and the Hulk are currently allies. 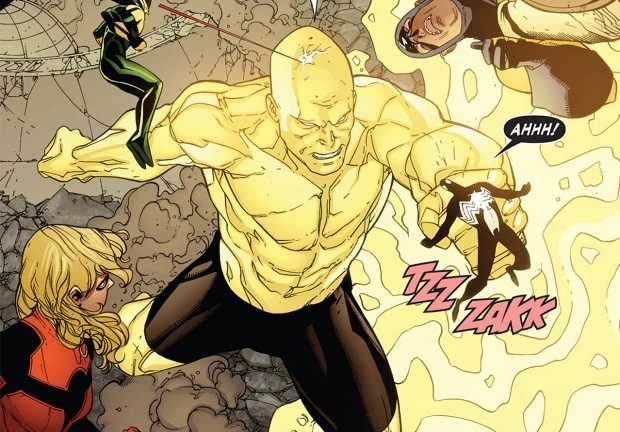 Main storyline: A common criminal, Carl Creel was unimportant and unknown until Loki recruited him into his schemes. Of course, Loki did this secretly. The Asgardian fed Creel an enchanted potion that gave him powers. These powers manifested as an ability to absorb and replicate the texture, properties, and capabilities of anything he touched — including people. Creel is also known for his relationship with Titania. Much later, Creel volunteered to receive a Hulk Plug-In drug that allowed him to absorb and use gamma radiation.

Right now Creel is serving time at Pym Experimental Penitentiary Number One. Here he attempted a breakout, but was thwarted by She-Hulk.

Powers and abilities: Unnatural speed and strength, stamina, and durability

Main storyline: Aleksei was part of the Russian Mafia. His dreams began and ended at greed. Thus, with promises of fortune and cash, the Mafia convinced him to undergo a deadly series of chemical and radiation treatments. They transformed into a superhuman spy agent with a powerful outer armor. His skin was modeled after and altered permanently into that of a rhinoceros. With his muscular physique and low intelligence, this was a befitting moniker.

During his missions in America, Rhino continuously clashed with Spider-Man. Now he’s a member of the Savage Six.

Main storyline: Betty Ross is Thaddeus’ daughter and Bruce Banner’s first love. While her relationships with these men don’t define her, her engagement to Bruce Banner is very important to her origin. As the Hulk, Bruce absolutely wrecked their wedding venue — and thus any hopes they had of a peaceful marriage. Heartbroken, Betty got a little careless with her life and was eventually captured by M.O.D.O.K., who turned her into the mindless creature called Harpy.

S.H.I.E.L.D. eventually cured her. However, her longtime exposure to Bruce’s gamma radiation, as well as a nefarious blood transfusion from the villain Abomination, poisoned her to death. Later she reappeared, somehow resurrected, as an A.I.M. agent. Betty Ross is currently unstable and dangerous. It is theorized that she’s developed a separate personality to justify the actions she’s taken as Red She-Hulk.

Who are your favorite gamma-powered Marvel comics characters? Connect with other fans in our Local Comics Society Facebook Group, and don’t forget to Let Your Geek Sideshow!