Marvel Phase 4: All of the Movies and TV Shows Announced at SDCC 2019

If there’s one thing Marvel Studios knows how to do, it’s build anticipation for its upcoming projects.

Marvel President Kevin Feige took to the main stage at San Diego Comic-Con 2019 to deliver 90 minutes of shock-inducing, fist-pumping, and all-around crowd-pleasing information, as he unveiled the highly-anticipated slate for Phase 4 of the Marvel Cinematic Universe, including some Disney+ content.

Spanning over the next two years, the upcoming release schedule includes an eclectic mix of big screen theatrical releases and small screen television shows made exclusively for the Disney+ streaming service. These projects will feature a combination of familiar faces and new names to further expand the Marvel universe.

So grab your Mjolnir and hold on tight, as we now update you on everything that we know about Marvel Studios’ future plans. 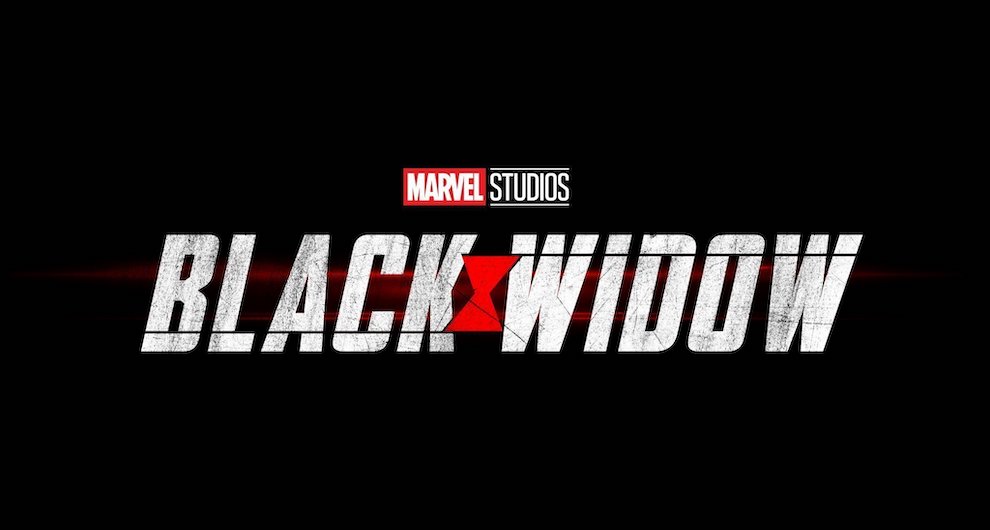 Black Widow may have been sacrificed in Avengers: Endgame, but Scarlett Johansson will be reprising her role as the assassin-turned-Avenger, Natasha Romanoff, for her eponymous solo movie. She will be joined by David Harbour as Alexei Shostakov (aka The Red Guardian), Florence Pugh as Yelena Belova (Romanoff’s sister figure) O-T Fagbenle as Mason (a “fixer” for spies), and Rachel Weisz as Melina Vostokoff (aka The Iron Maiden).

In addition to the confirmed cast above, the exclusive footage presented at Comic-Con (as per EW) revealed that the movie’s primary antagonist is going to be Taskmaster, a notorious mercenary who has the special ability of photographic reflexes.

Black Widow is currently in the early stages of production, shooting in Budapest, therefore the plot for the Cate Shortland-directed feature remains largely in the shadows. However, Johansson described her character as being in “a dark place” where she is “grappling with her own self”, speaking at Marvel’s SDCC event last month. 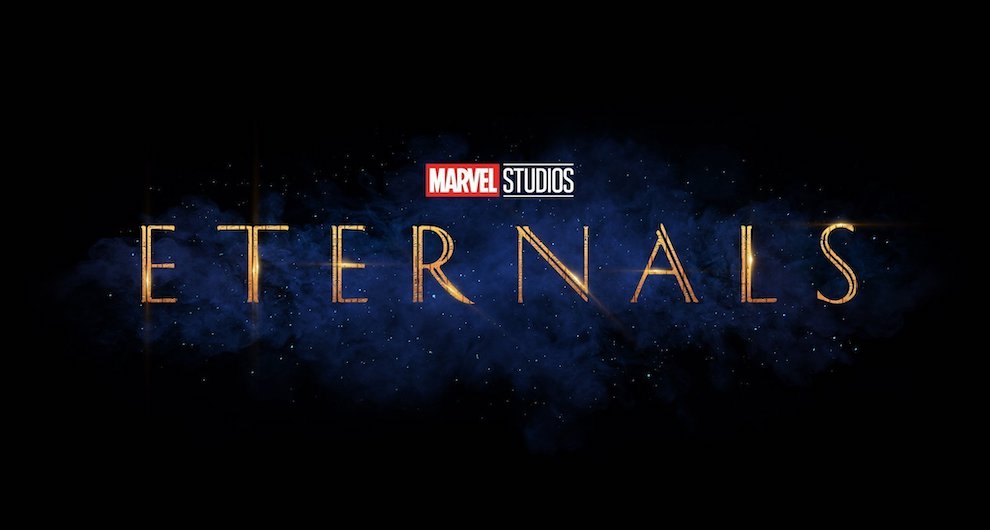 The Eternals is being described as an entirely new and unique entry into the MCU, with a tone described by Kevin Feige as “full Jack Kirby”, in reference to the comic book innovator’s energized, dynamic, and colorful style of art.

Directed by Chloe Zhao, the movie adaptation is expected to follow a powerful group of ancient humanoids that are assigned to protect the universe and all of its inhabitants from conflict, which ultimately leads to an almighty clash with the Deviants, who are their long-time nemeses.

The ensemble casts introduces a brand new superhero squad, comprising of Angelina Jolie as Thena and Salma Hayek as Ajak, together with Richard Madden as Ikaris, Brian Tyree Henry as Phastos, Kumail Nanjiani as Kingo, and Don Lee as Gilgamesh (aka The Forgotten One). Lia McHugh and Lauren Ridloff round out the group, playing Sprite and Makkari, respectively.

Fans should recognize that the upcoming movie features several gender-swapped versions of the original characters, but it is believed that the majority of them will retain the same super-human abilities as their comic book counterparts. The movie will also introduce Marvel’s first deaf superhero to the big screen via Ridloff’s Makkari. 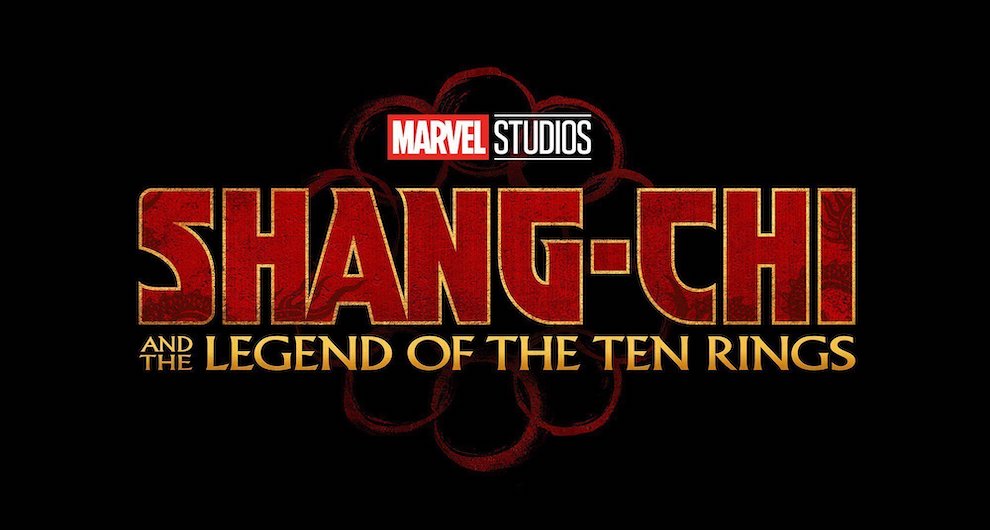 Shang-Chi and the Legend of the Ten Rings will be the first Marvel installment that is centered on a superhero of Asian descent. Simu Liu will star in the titular role as the master of Kung Fu while Tony Leung will be playing the real Mandarin, who is the assumed leader of the Ten Rings, alongside Awkwafina portraying a yet-to-be-confirmed character.

At this stage, it is not known whether the martial arts movie, directed by Destin Daniel Cretton, will be an origin story, or exactly where it will take place in the MCU timeline. We can, however, expect plenty of stunts as Shang-Chi is a character who is known to be proficient in his craft and has mastered the ability to dodge bullets, deflect gunshots, and even create duplicates of himself. 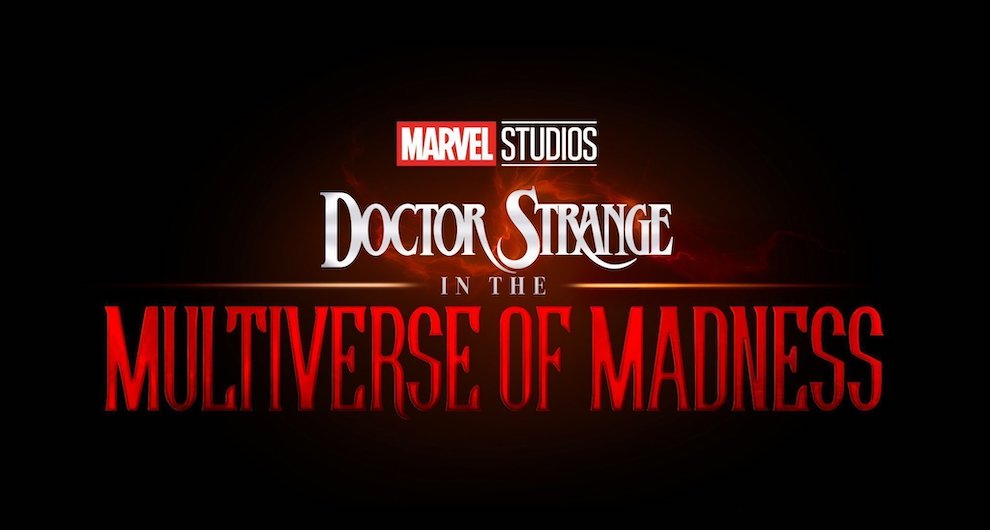 Scott Derrickson, the director and writer of the first Doctor Strange movie, is returning to helm this project, which is apparently going to assume a gothic horror tone as it is being labelled “the first scary MCU film”, though the plot remains a mystery at this time.

Benedict Cumberbatch and Benedict Wong will be returning to play Dr. Strange and Wong, respectively. Cumberbatch confirmed that the titular character will encounter “a twist of horror that will really have people gripped” at SDCC, according to Games Radar.

It sounds like the Doc will be confronting quite a few mystical threats and unexpected challenges in the much-anticipated sequel, which follows the events of WandaVision, the new Disney+ show starring Elizabeth Olsen as Scarlet Witch, who also appears in this movie. 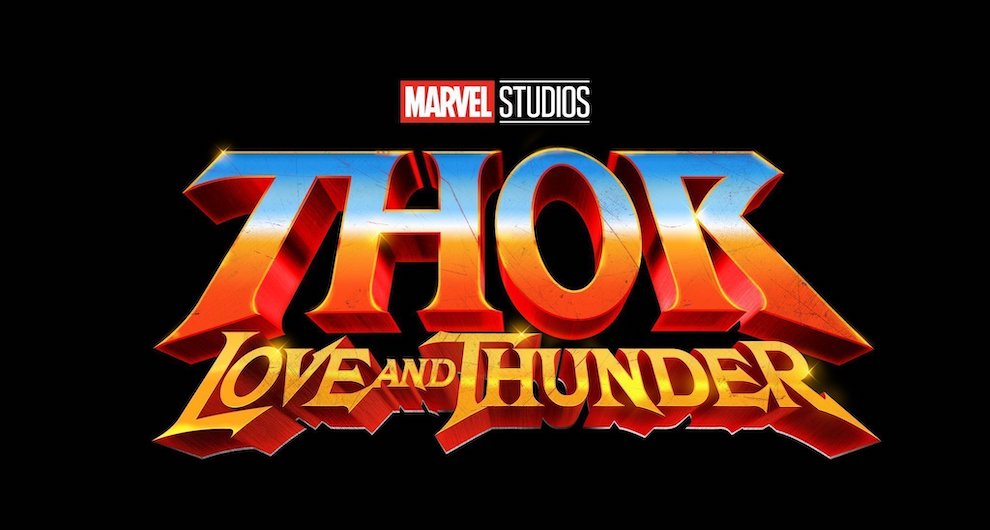 Written and directed by Taika Waititi, Thor: Love and Thunder will see Natalie Portman return to the MCU wielding Thor’s hammer Mjolnir as Jane Foster in the fourth Thor installment.

Chris Hemsworth will reprise his role as the OG God of Thunder alongside Tessa Thompson as Valkyrie. Thompson confirmed that her character will be the first openly LGBTQ superhero in the MCU, as she expressed her desire to find her Queen.

So far, there has been no word on who the trio might possibly come up against in the movie, however, Waititi has hinted that it will be an emotional ride, as the story is going to be loosely based on Jason Aaron’s comic book series, which charts Jane Foster’s incredible transformation into the Mighty Thor. 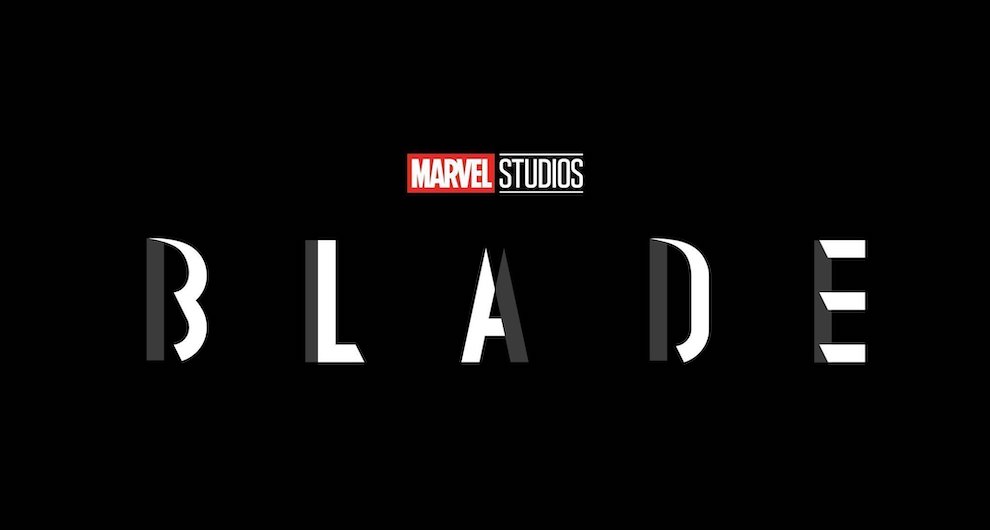 Marvel Studios delivered the most unexpected curveball to SDCC audiences when they announced that a Blade reboot is in development at the studio, starring Academy-Award winner Mahershala Ali as the eponymous half-vampire daywalker.

Due to the highly secretive nature of this project, no further details were provided at the panel, but it will certainly be interesting to see how this rebooted chapter in the Blade franchise will operate within the MCU. 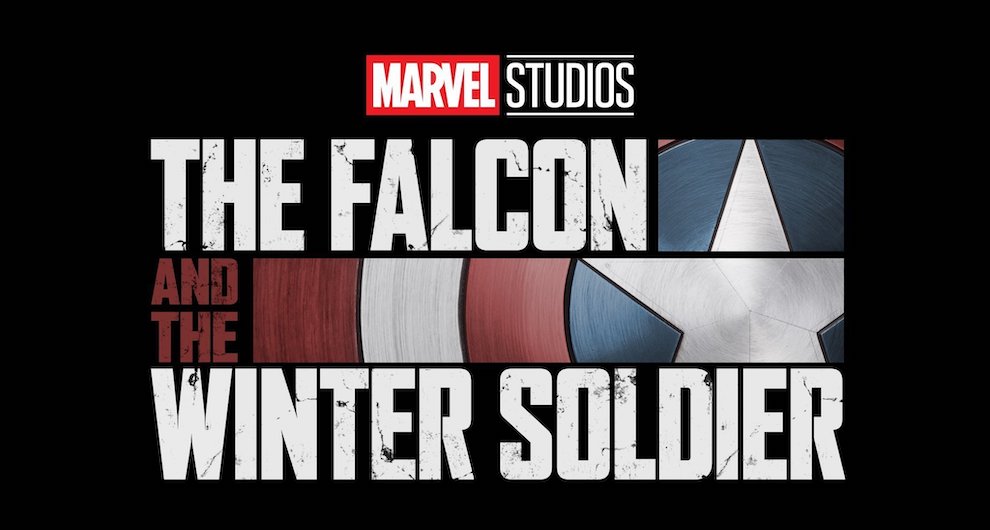 Disney+ is set to launch in November with a robust library of archival content and all-new movies and shows. Marvel will be adding several miniseries to the platform once it is fully underway, starting with The Falcon and the Winter Soldier.

The first Phase 4 TV show is expected to explore the depths of Anthony Mackie’s Sam Wilson, who is now carrying Captain America’s star-spangled shield. He will buddy up with Sebastian Stan’s Bucky Barnes to create a crime-fighting team to take on Daniel Brühl’s Baron Zemo.

In this series, Brühl’s baddie, who was last seen in Captain America: Civil War, will be sporting Zemo’s trademark purple mask from the comics. 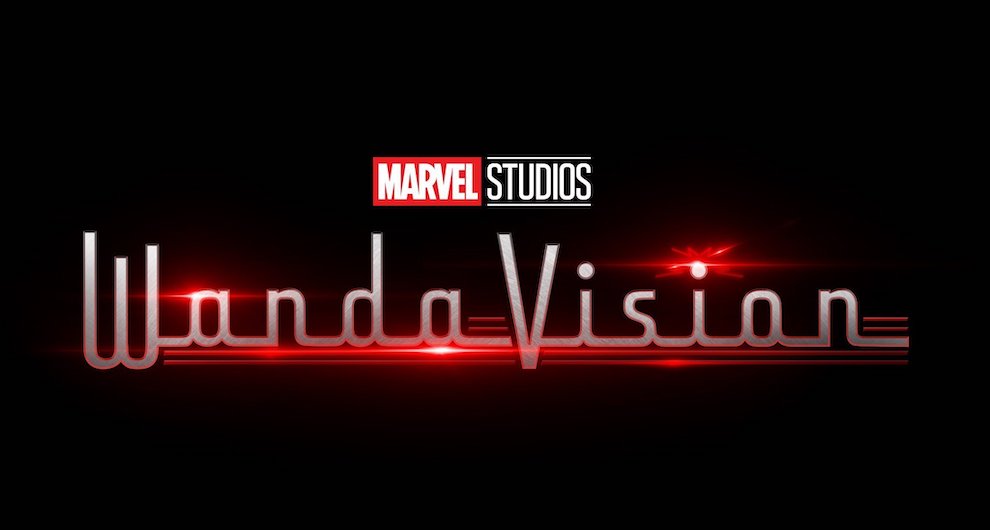 Announced as a “mega event” by Marvel, WandaVision will see Elizabeth Olsen and Paul Bettany reprise their respective roles as Scarlett Witch and Vision. No details have been shared on how the series will handle Vision’s turn on the small screen following his death in Avengers: Infinity War.

However, it has been confirmed that the story will take place after Avengers: Endgame, with Kevin Feige asserting that it is “unlike anything” that has been done before. Other cast members have teased a “very weird” show that will reportedly set up Doctor Strange in the Multiverse of Madness.

Variety reports that the series will be set in the 1950s era, perhaps indicating that Scarlet Witch will use her reality-altering powers to allow this story to slot into the proposed timeline, which will also introduce Teyonah Parris as an adult Monica Rambeau (aka “Lieutenant Trouble” in Captain Marvel).

It should also be noted that Jac Schaeffer, who was one of the screenwriters on Captain Marvel, is writing, producing, and showrunning this series. 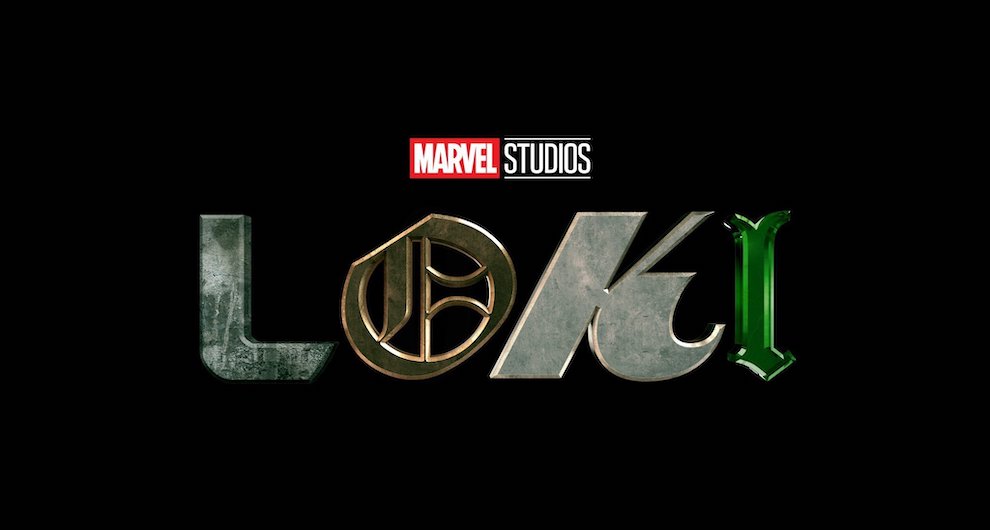 Tom Hiddleston will reprise his role as the Norse god of mischief in Loki, a series that will succeed Avengers: Endgame to explain where the titular character went after stealing the Tesseract, as witnessed by the Avengers when they travelled back in time to revisit the Battle of New York.

Rick and Morty writer and producer Michael Waldron will serve as the showrunner on this limited series. 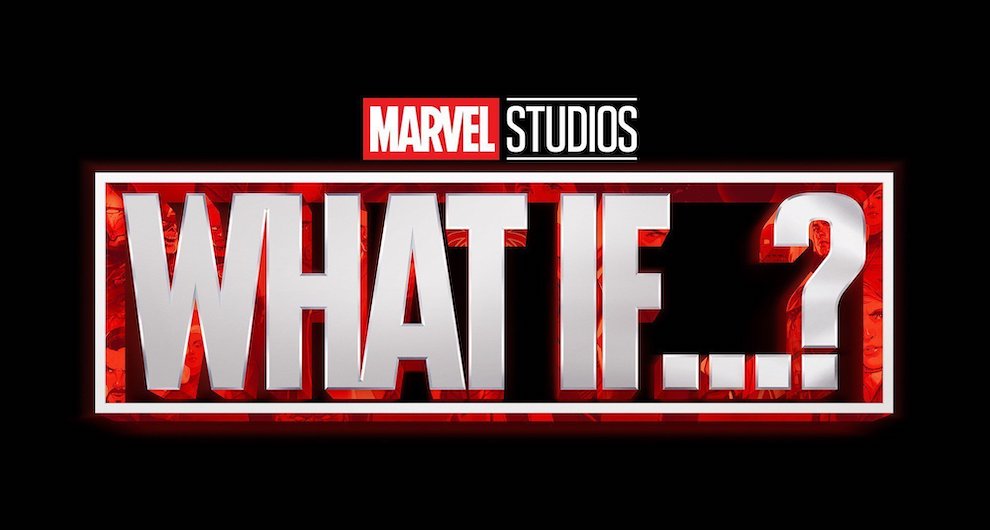 Marvel’s first animated TV show, What If…?, is conceptually based on the comic book series of the same name. The anthology series will explore potential alternate realities of iconic MCU moments, such as, what if Peggy Carter had taken the Super Serum instead of Steve Rogers?

Westworld’s Jeffrey Wright is also lending his voice to The Watcher, an alien being who observes the various timelines and narrates the corresponding storylines from above the Earth. 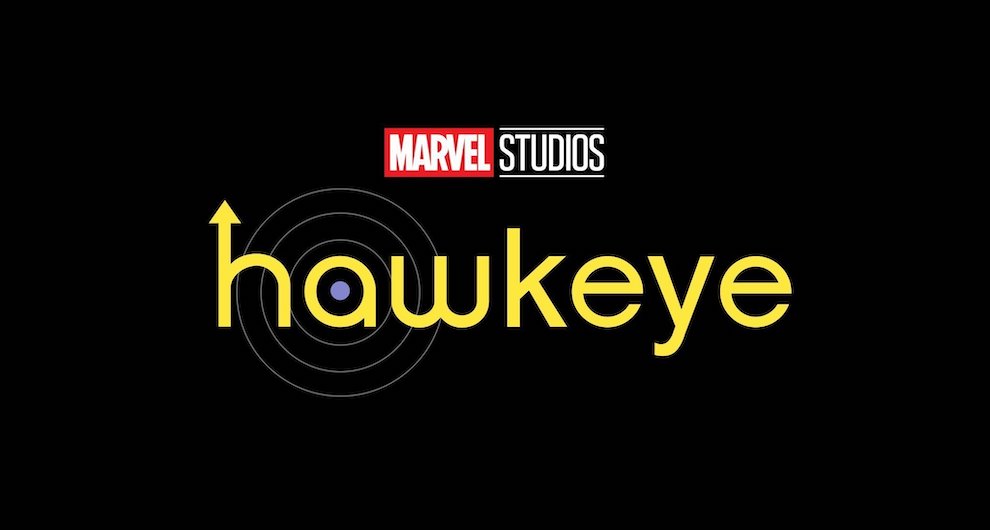 Hawkeye, a long-serving Avenger, will be starring in his own spin-off series, believed to be inspired by Matt Fraction’s acclaimed comic book series of the same name. The series will introduce Kate Bishop, though the role has not been cast as of yet.

The show will follow Clint Barton as he trains a young Kate Bishop, who becomes a version of Hawkeye in the comics, to take the mantle. It is also expected to explore the Hawkeye’s Ronin phase between Avengers: Infinity War and Avengers: Endgame.

Kevin Feige also confirmed that Black Panther 2, Guardians of the Galaxy 3, and Captain Marvel 2 will be developed for the MCU, however, they have not been officially announced as part of the Phase 4 slate.

So tell us, which of these projects are you most excited about? Let Your Geek Sideshow and sound off in the comments below.

Be sure to check out all of Sideshow’s Marvel Collectibles!