Today, Marvel Studios revealed an amazing and massive image celebrating the stars of the first ten years of their groundbreaking Marvel Cinematic Universe.  Avengers, Guardians of the Galaxy, directors, artists, and more assembled for this incredible image. 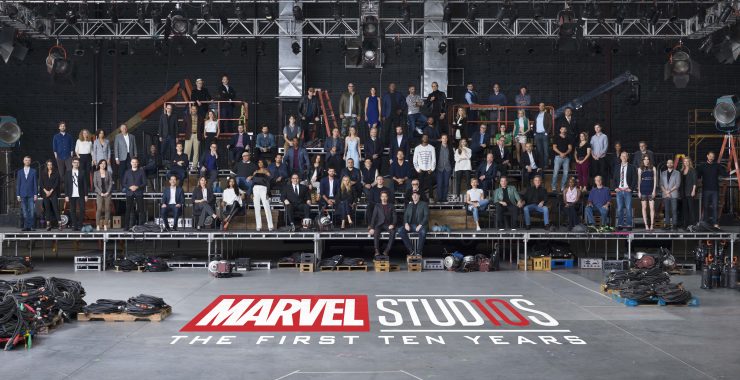 How many of the stars do you recognize?  There are so many superheroes, both on screen and off, in one shot!  Marvel also shared this behind-the-scenes video detailing what it took to get everyone in one place.  Check it out!

Marvel Studios kicks off its yearlong 10th anniversary celebration with a behind-the-scenes look at the class photo featuring 79 actors and filmmakers from across the Marvel Cinematic Universe! pic.twitter.com/ZeUsdDNKkH

We can’t believe it’s already been 10 years of amazing movies from the MCU!  Here’s to many, many more!

Do you have a favorite moment in Marvel movie history?  Let Your Geek SideShow and share with us in the comments!