Halloween parties might be well and truly off the table this year, but there are still plenty of ways for you to have a ghoulishly good time.

To start with, you might like to live vicariously through this article, where we’re asking you to imagine yourself as the ghost host in charge of sending out invites to a creepy cast of characters. These familiar fiends and families feature in some of our favorite seasonal films, but they would be sure to liven up any evening that’s lacking a pulse.

So get your ink and parchment at the ready, and read on to discover the five best Halloween movie characters that you could have at your hypothetical monster bash (to ensure that it’s a graveyard smash). 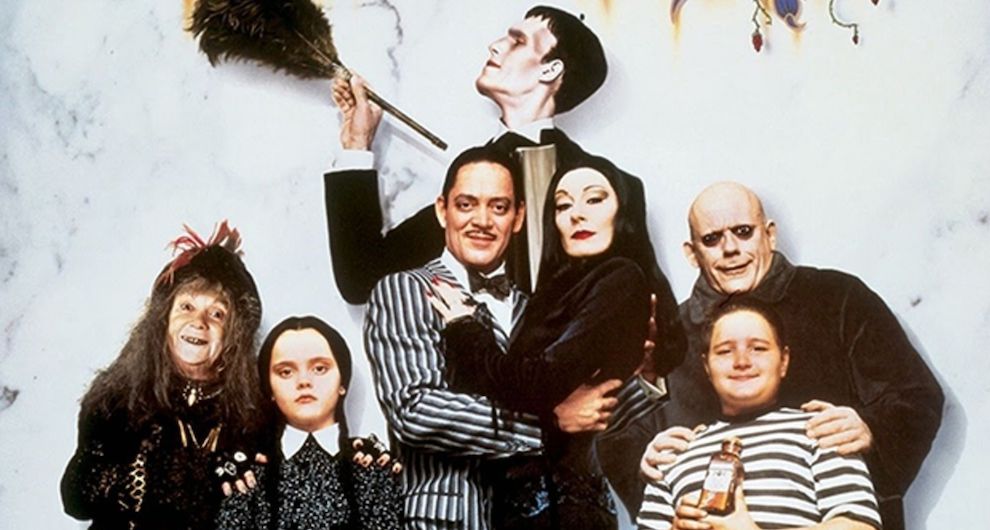 They’re creepy and they’re kooky, mysterious and spooky, they’re all together ooky, and that’s why we think the Addams Family deserve an invitation to your monster bash boogie.

This ghoulish clan includes patriarch Gomez and his wife Morticia, their sadistic children Wednesday and Pugsley, their kooky Grandmama, the loyal disembodied hand Thing, faithful butler Lurch, Gomez’ long-lost brother Fester, and hairy Cousin Itt, so they’re sure to bump up the party guest list while providing a few more feet on the dance floor.

They’re not only fiendishly fun; they’re also highly functional. While most members of the macabre ménage will finger-snap in time to the music, Thing will always be willing to offer a hand, whether that’s helping out with buffet duties, drink-serving responsibilities, or hitting “next” on the Halloween party playlist. They really are a scream. 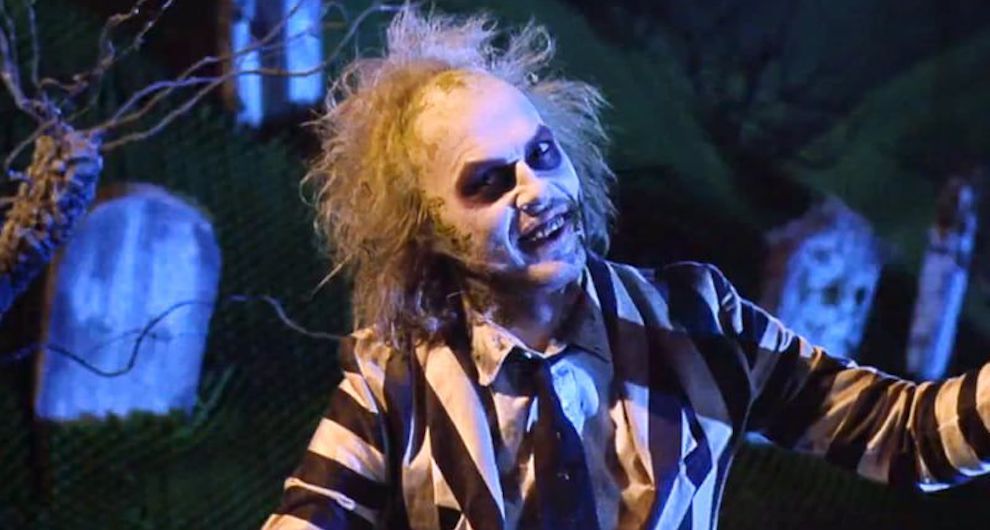 According to legend, if you say the name Beetlejuice three times fast, the maniacal trickster will appear right before you, so you can choose when he arrives and (even better) when he leaves.

The self-described “ghost with the most” is an all-round entertainer, who will have no issue being the center of attention in any room that he emerges in. He’s crude, rude, and very talkative, so will chat up every guest and unload his cheap, annoying jokes on to them, though it’s very likely that they will tickle him more than his audience.

You will either end up loving him or berating him, but every party needs a prankster. This mischievous ghost loves to scare people out of their pants while he keeps his black-and-white striped slacks firmly around his waist. Just remember that you can call “time” on his show by saying his name three times fast to get rid of him again. 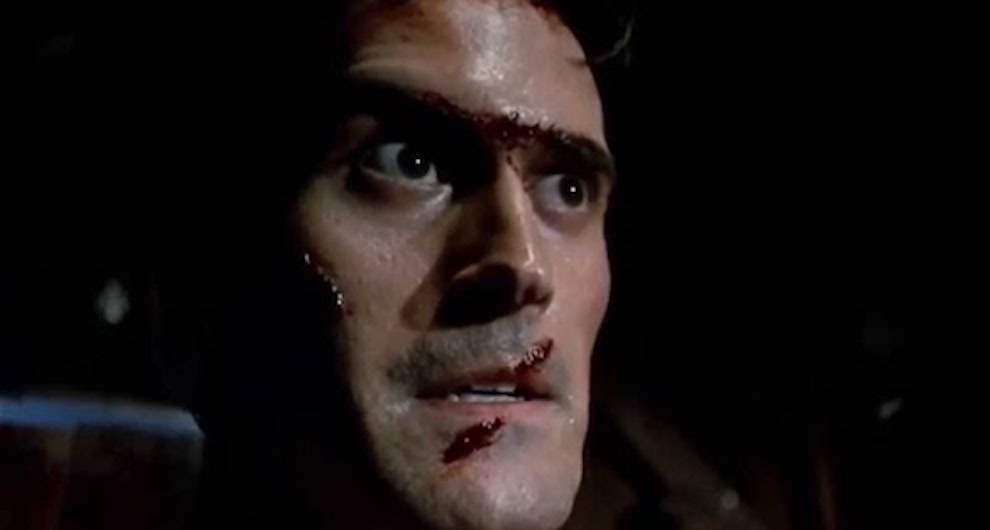 We think your next invitation should go to Ash Williams, the perennial horror hero who’s earned a fun night away from his remote cabin in the woods, so let’s hope that he checks the mailbox!

Ash is the type of character that can easily adapt to new situations, no matter how bizarre and unfamiliar they are, so don’t be surprised if he slays the competition and becomes the grooviest groover on the dance floor at your monster bash. After all, he may have lost his hand, but he hasn’t lost his touch, so he can still flex a few moves.

On top of this, Ash is known for having a durable body, which means that he will be able to keep going until the break of dawn. He will simultaneously turn up the volume and his energy to match, ensuring that his fellow party guests don’t become glazed over like a bunch of deadites as the night wears on. Hail to the party king, baby. 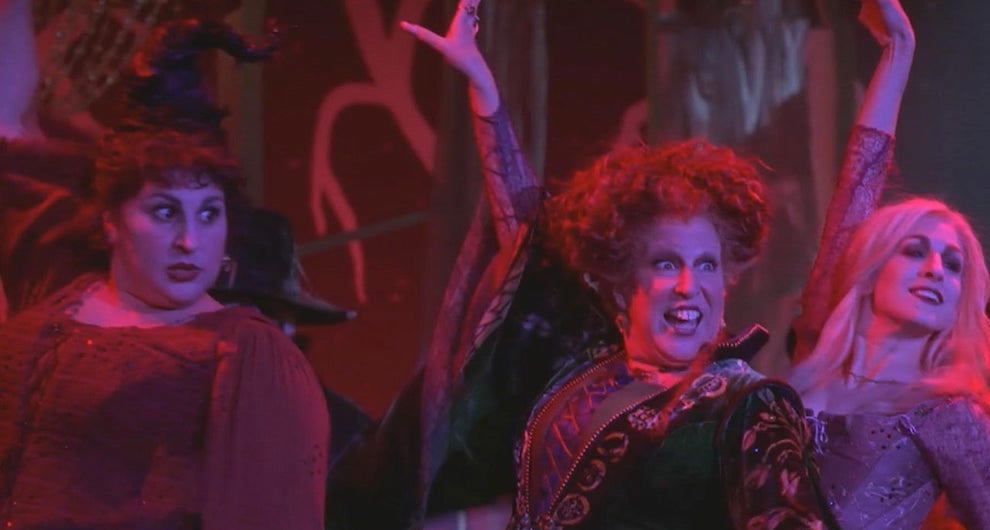 Grab a match for the black flame candle because legend says that, on a full moon, it will raise the spirits of the dead when lit by a virgin on Halloween night, so there’s no need to waste any ink on this invite.

Winifred, Mary, and Sarah Sanderson will not thwart your party plans. In fact, the wickedly wonderful trio will fit right in with the crowd. They will snap plenty of photos for their leather-bound scrap-BoOok and brew up conversations with all of your party guests. You will just have to make sure that any young children are kept out of sight!

It won’t exactly be a flying visit either, as dear old Winnie is a self-confessed karaoke queen who won’t miss out on the opportunity to step into the spotlight, jump onto the microphone, and put on a spell-tacular performance with her siblings as the backing singers. They’re sure to put a spell on you and make you… their biggest fan.

1. Jack Skellington (The Nightmare Before Christmas) 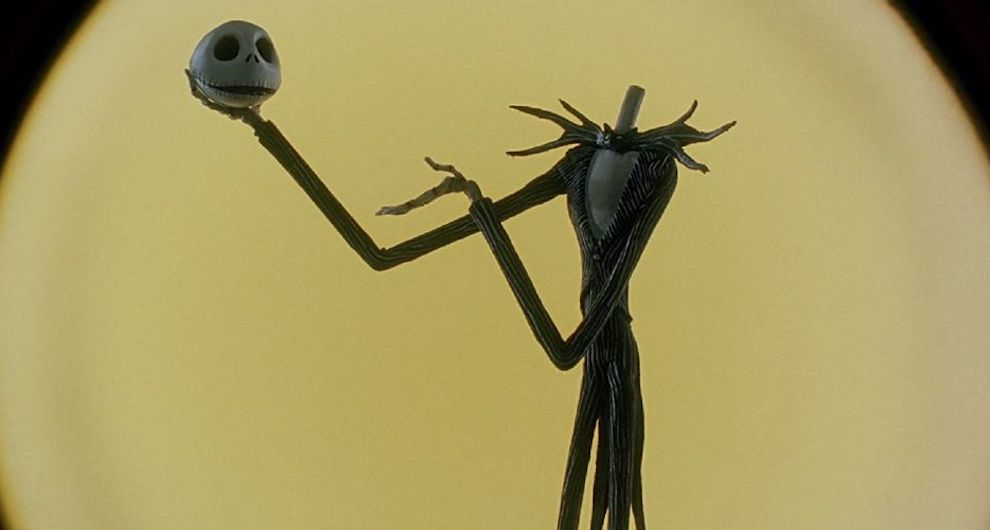 What’s this? What’s this? You’re covering the venue with tiny little things, electric lights on string, and there’s a smile on everyone. So, now correct us if we’re wrong, but we think Jack should join your jolly get-along.

As the Pumpkin King of Halloweentown, Jack Skellington is known to be a very talented event planner, so it might be worth enlisting his services ahead of time. The undead gentleman is graceful and patient in equal measure, which makes him easy to work with. He will also strive to do what is in everyone’s best interests, earning him a bone-crushing number of adoring fans.

Despite being the patron spirit of spooky season, Jack is an extremely versatile character who can transfer his skills and adapt his style for all other occasions on your calendar. In particular, Jack has had some merry misadventures with the yuletide period, so he could also help you to smoothly transition from Halloween to Christmas.

Which of these characters would you want to see arrive on their brooms and which would you prefer to stay in their tombs? Let Your Geek Sideshow and let us know in the comments section below!