Super heroes abound in Marvel’s New York City. Recent years have brought more attention and acclaim to the cosmic characters (like the Guardians of the Galaxy and Thor) and the street-level vigilantes (like Daredevil and Punisher). Yet even with the newest generation of heroes like the Young Avengers and Champions, there remains an underside to it all. Someone (or something) is still lurking in the shadows. While the darkness slips out every now and again, comics fans have to dig a little deeper to reach the shadowy supernatural side of Marvel Comics.

The Avengers fight massive threats, even some on a galactic scale, but would they be prepared to deal with onslaughts of the undead? Hordes of hungry vampires? Or how about the real devil in red, with no offense to Matt Murdock? Monsters are real in the Marvel Universe, but their presence still remains a mystery to most characters and audiences.

Silver bullets won’t always save you from the paranormally powerful antiheroes and antagonists, whose troubled natures often lead them down roads even Captain America wouldn’t dare to tread. Think you know what’s lurking beyond the light? Let’s dive in to the supernatural side of Marvel Comics.

Vampires might be Marvel’s most plentiful monsters. Even Jubilee of the X-Men used to be one! Mostly similar to traditional vampiric lore, Marvel’s bloodsuckers are reanimated corpses who must feed off the living and can transform others by infecting them with vampiric enzymes. One of the first vampires to hold an ongoing series with Marvel was Dracula himself, in the self-titled Tomb of Dracula horror series.

In addition, dhampirs (half-human, half-vampire) typically have all the strengths of a vampire without the true weaknesses, like sunlight exposure, garlic, religious iconography, and others. Still, many stories suggest that despite their humanity, these hybrids cannot go without feeding on blood — just like their fully dead counterparts. 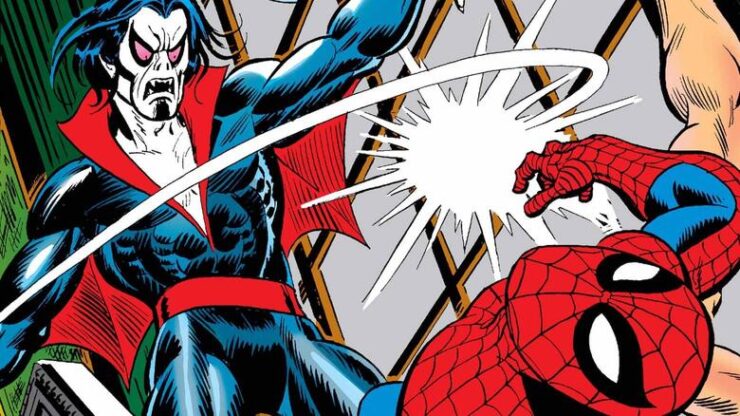 Michael Morbius suffered from a rare blood condition that left him debilitated much of his youth. It also gave him a frightening appearance, which only worsened after an unsuccessful treatment of vampire bat DNA and electroshock therapy. The process inflicted him with biological alteration that closely mirrored the supernatural, more traditional effects of vampirism. This further altered him into the pale, bat-like villain who first appeared in the pages of The Amazing Spider-Man #101, known as “The Living Vampire.”

Since then, he has become an antihero ridden with guilt over his condition and the fact that he can inflict his pseudo-vampirism on others. Sony Pictures began development on the Morbius solo film, a spinoff from the main Spider-Man film continuity, in 2017. 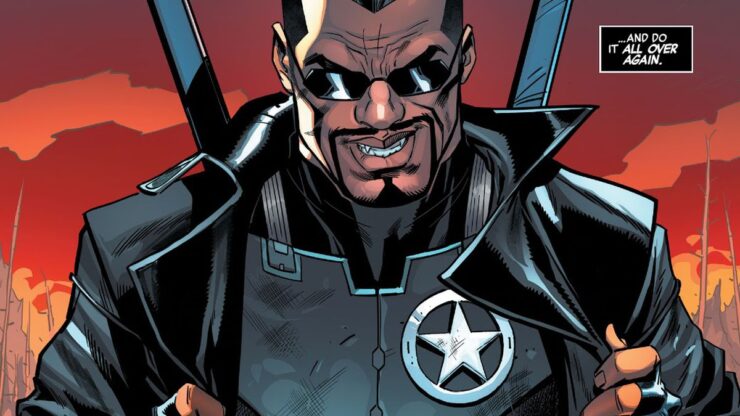 Blade, also known as Eric Brooks, is another popular dhampir character, though he was originally just a vampire-immune human when he first appeared in Tomb of Dracula #10. His mother was bitten by a vampire while giving birth to him, which inadvertently transferred some of the vampiric enzymes to him, making him immune to future vampire bites.

The dhampir retcon was later introduced, interestingly enough, in Spider-Man: The Animated Series, making yet another Spidey-related dhampir origin. Blade the Vampire Slayer is best recognized for devoting his life to destroying all vampires with extreme prejudice, and he is also called the Daywalker for his immunity to the dangers of sunlight. He’s cool, confident, and his popularity survived long past the era of monster stories he was introduced in. 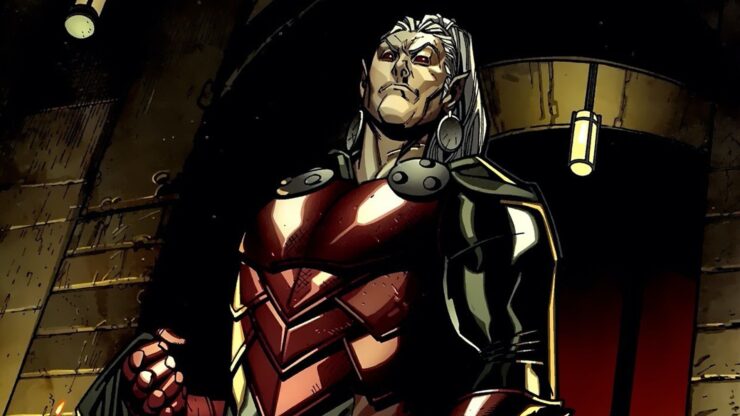 Even with all these half-vampires running around, Dracula still remains in modern Marvel Comics. With his history beginning in the 1400s of Earth-616, Vlad Tepes Dracula has centuries of character development and has crossed paths with many heroes and other villains. He most recently assembled a league of vampire warriors to take over Chernobyl and establish a new vampire nation. His allies include his son Xarus, Baroness Blood, Rat Bomber, and Carpathian. Blade then took it upon himself to maintain order as the Sheriff of Vampire Town, at an uneasy truce with the bountiful bloodsuckers.

Not nearly as plentiful as the vampires of Earth-616, two primary heroes have held the title of Werewolf by Night. The most recent is Jake Gomez, a teenager of Hopi descent whose transformation was part of a family curse. The character was created in 2020 by Taboo of the Black Eyed Peas, Benjamin Jackendoff, and Scot Eatin. The original Werewolf by Night, however, was a man named Jack Russell. 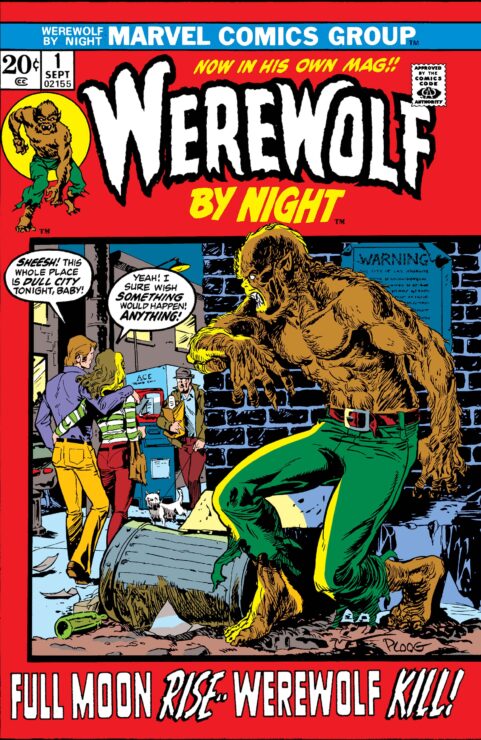 Jack Russell’s family had a long history of lycanthropy, with early records dating back to the prime days of Dracula himself. His ancestor Grigory Russoff attempted to slay Dracula to avenge his late wife, but was turned into a werewolf by one of the vampire’s captives. There are even accounts of the Darkhold influencing the family’s lineage, awakening the curse in future generations.

When Jack Russell turned 18, he inherited the family affliction and morphed into a werewolf each month during the full moon. He tried never to take a life, but that didn’t mean he didn’t hurt people along the way. In search of taming the wolf within, he crossed paths with Dr. Karl Malus (who was seen in the Jessica Jones live-action series), the original Spider-Woman Jessica Drew, and even Dr. Michael Morbius. 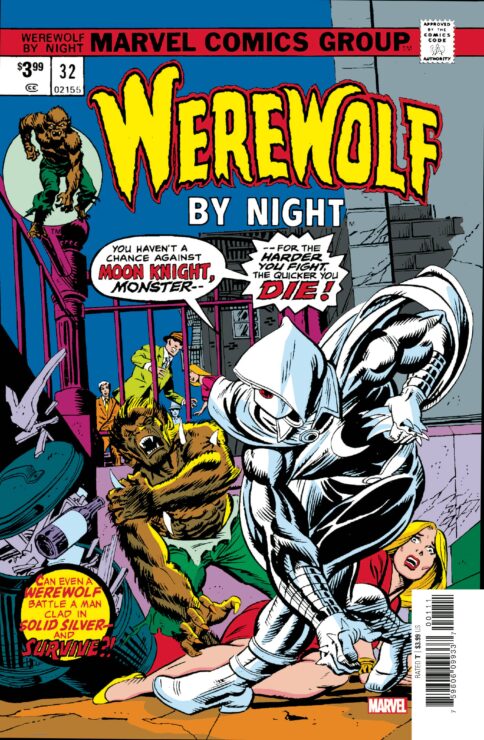 It’s no coincidence that Moon Knight first debuted as an enemy to Jack Russell in Werewolf by Night #32. He was hired as a mercenary and told to capture Jack Russell, though he soon realized the werewolf was a victim and not a villain. Instead, Moon Knight decided to help him. A moon-based super hero with silver weapons versus a werewolf makes perfect sense, right?

Well, Moon Knight’s popularity eventually eclipsed Werewolf by Night, leading up to the present moment where Marc Spector now has his own series streaming on Disney+.

There are monster hunters, and then there are monsters who hunt. For as many vampires, werewolves, and zombies rise in the Marvel Universe, there are always those out there looking to stop them. 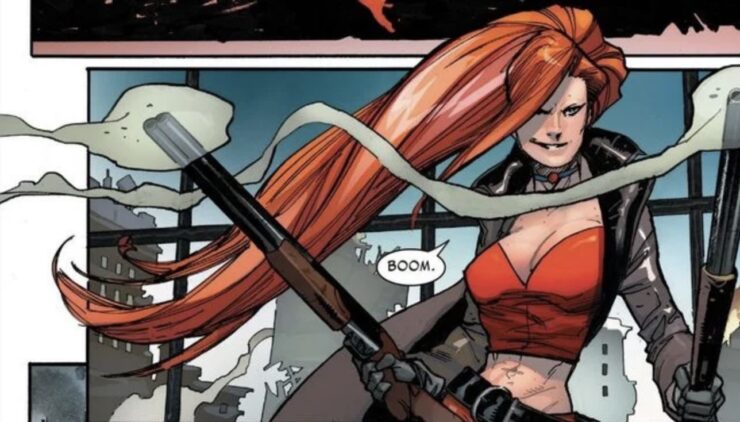 Elsa Bloodstone is the daughter of the legendary Ulysses Bloodstone, an immortal caveman who possessed a rare artifact called the Bloodstone (or Bloodgem). The fragment embedded in his chest gave him enhanced strength, speed, and other superhuman abilities as well as regenerative powers. His daughter Elsa followed in his monster-hunting footsteps, but daddy dearest was a tough mentor. She first fought a Blight Beast as an infant, and he was harsh when her kills were less than perfect or if she exhibited any fear.

Elsa inherited a Bloodstone Choker containing her own fragment of the same power that her father wielded. She also has an immunity to vampire bites, as her blood possesses a toxic quality to vampires thanks to the gem. She then went on to become a professional monster hunter, known for her sardonic wit and frequent swears (which are fully blacked out in dialogue rather than taking the form of grawlix).

In her early days of publication, she drew comparisons to Buffy the Vampire Slayer — especially as Elsa Bloodstone’s original appearance featured blonde hair rather than her current signature red. 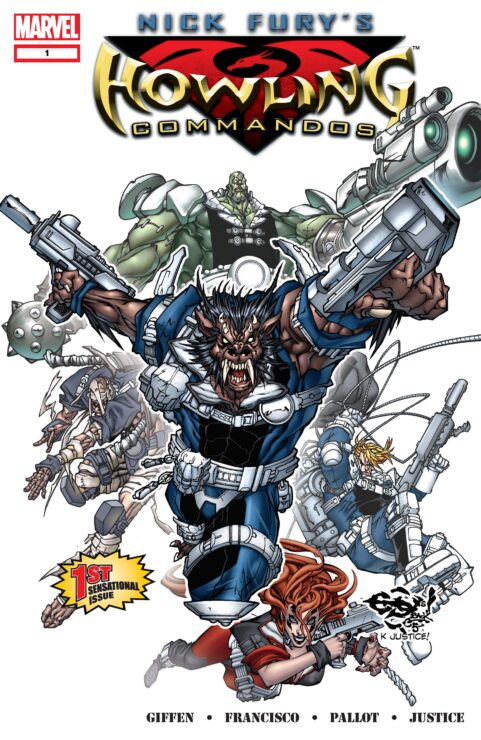 A far cry from the Howling Commandos that Steve Rogers worked alongside, Nick Fury’s Howling Commandos was an alternate version of the team introduced with an all-monster roster. They are brought together after the apparent “one true Merlin” transforms the United Kingdom into an Arthurian fantasy realm.

This classified S.H.I.E.L.D. squad included the likes of The Living Mummy, Gorilla-Man, a Frankenstein’s monster clone called Frank, Warwolf, and others. Jack Russell’s niece Nina Price, also known as Vampire by Night, even featured on the bizarre team. Another iteration of the group appeared in 2015’s Secret Wars, led by the late Deadpool’s widow Shiklah, who had become engaged to Dracula in Wade’s absence.

It’s always monster mayhem when this secret squadron is involved. 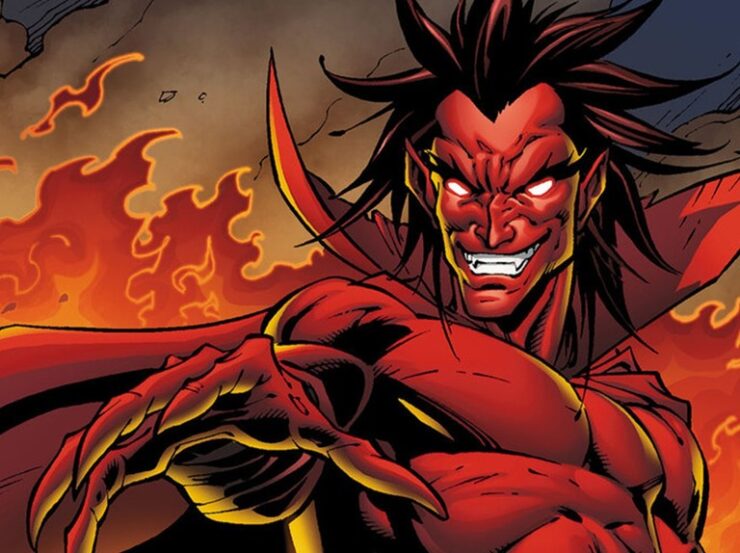 Who is Mephisto, and just why does every Marvel fan suddenly want to see him appear on screen? They say the devil is in the details, but we haven’t seen anything more than wishful hints at his horrible influence behind the scenes.

Mephisto, short for Mephistopheles, has all the trappings of the traditional lord of hell — though in Marvel Comics, he isn’t the biblical devil as we know him. He is an extremely powerful extra-dimensional demon who rules a realm he calls “hell” in order to exploit the fears of humanity, who believe him to be Lucifer. But that doesn’t mean he isn’t one for making deals and corrupting souls.

As revealed in Jason Aaron’s 2018 run of The Avengers, Mephisto has been there since the beginning of creation, manipulating heroes and villains alike for an endgame yet to be seen. Before these revelations, though, he was involved with several famous storylines — including Wanda Maximoff using Mephisto’s soul to give birth to her twins Tommy and Billy, and Spider-Man’s “One More Day,” where he erased Peter Parker’s marriage to Mary Jane Watson in exchange for saving Aunt May’s life.

Marvel Studios is aware, however, that fans want to see Mephisto on screen, providing tantalizing teases in WandaVision. For example, Mephisto is known to take the form of a fly like the one seen in Agatha Harkness’ home. Another name for him is also Jack Scratch, and Agatha had a rabbit named Señor Scratchy. But as fans saw, this was all likely smoke and mirrors, playing on fan knowledge of Wanda’s involvement with the devil. 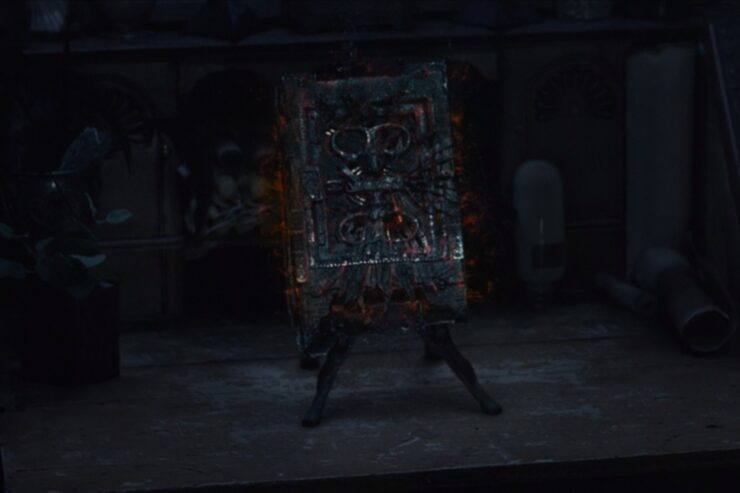 A powerful occult artifact we also saw featured in WandaVision was the Darkhold, also known as the Book of Sins. Between its pages lie immensely strong and corrupting spells, and it once belonged to Chthon, the first practitioner of dark magic. Its power affected the Werewolf by Night’s family lineage, Mephisto had his hands on it for a time, and even Dracula himself sent agents to retrieve the evil tome for him across the centuries.

Recently, the Darkhold was spotlighted in its own miniature event written by Steve Orlando, where the powerful book corrupted a number of Marvel heroes including Wasp, Black Bolt, and Iron Man while Doctor Doom and the Scarlet Witch sought to claim its influence.

Fans are eagerly awaiting Doctor Strange in the Multiverse of Madness, where it’s been hinted that the Darkhold’s shadowy influence may be affecting Wanda Maximoff more than she wants to admit. Only time will tell what evil will come from its pages next.

Even more madness awaits in the dark corners of the Marvel Universe, but if you’ve kept up to date on recent streaming series and comic storylines, some of these names shouldn’t be unfamiliar. From the upcoming Midnight Suns video game to discussions of a Werewolf by Night special, it’s clear that the shadows have plenty of surprises in them yet to come.

Which supernatural super heroes and paranormal powerhouses are you hoping to see more of soon? Let Your Geek Sideshow and tell us in the comments below!