You better watch out… because this year we have compiled a list of alternative Christmas movies that has more hell’s bells than sleigh bells.

Each year after the roast beast has been devoured and the heating is cranked up to the max with hot cocoa on tap, many of us sink into our sofas to watch the traditional festive fare, but we think it might be time to shake this all-too-familiar scene up like a snow globe.

Besides, we’re pretty sure that most winter warmer movies will have already been checked off your list in anticipation of St. Nick’s arrival, so while the sugarplums are still dancing in your heads, you might want to consider swapping out the classics for an alternative yuletide selection.

If you’re looking for something a little bit different this year, read our guide to some of the best unconventional Christmas pictures, packaged without all of the holiday cheer but still subject to a decked-out fir tree or a seasonal-appropriate soundtrack. Bah humbug! 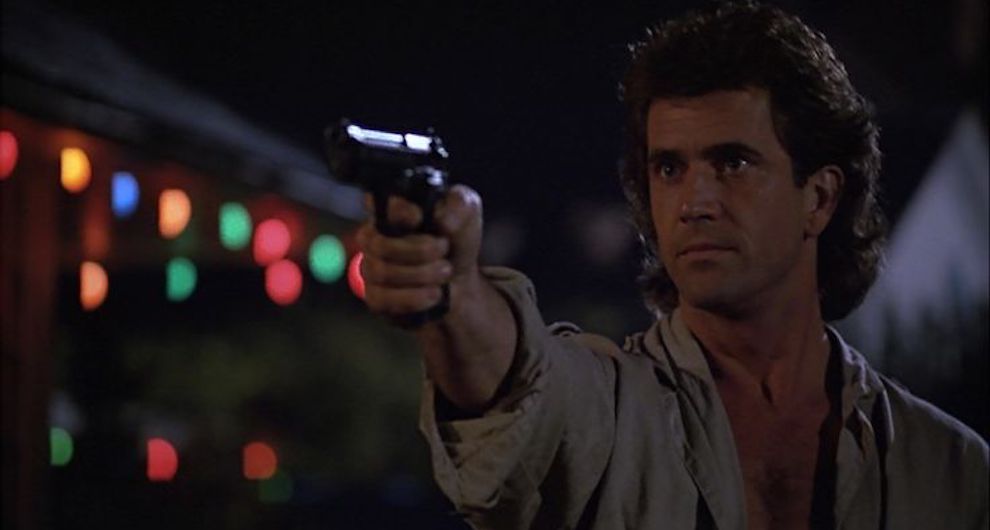 ‘Tis the season for big budget action flicks and there’s no better way to kick things off than with Richard Donner’s Lethal Weapon, the definitive buddy cop movie.

This redemption story follows the misadventures of Martin Riggs, a down-on-his-luck police officer who is haunted by the death of his wife, and Roger Murtaugh, a strait-laced veteran who quickly steps into the role of guardian angel for his loose-cannon LAPD partner. Their unlikely friendship develops as they investigate a murder case involving a gang of former Vietnam War soldiers, and results in a touching Christmas sequence at Murtaugh’s family home.

Rest assured, you’re not getting too old for this sh*t. 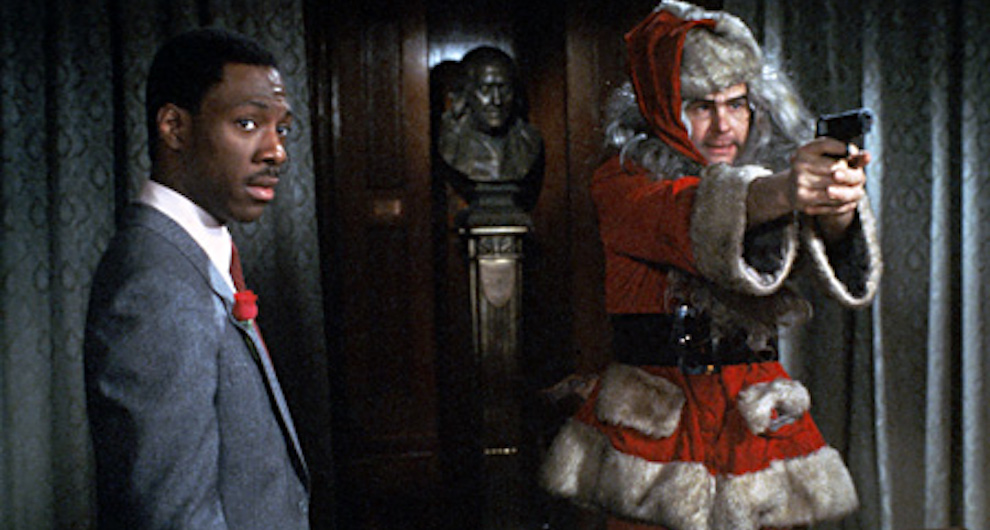 Yule be sorry if you miss this one out of your annual movie Christmas-athon, because John Landis’ Trading Places manages to deliver an important message just in time for the season of goodwill.

This fish-out-of-water comedy sees an affluent stockbroker and a homeless street hustler become unsuspecting pawns in a social experiment devised by a couple of conniving finance executives. Hilarious hijinks ensue when Louis Winthorpe III and Billy Ray Valentine become embroiled in a ‘Prince and the Pauper’ life swap that teaches them both some valuable lessons, including the true value of money when pitted against love and family – the real gifts of Christmas.

We guess all that’s left to say is, “Merry New Year!” 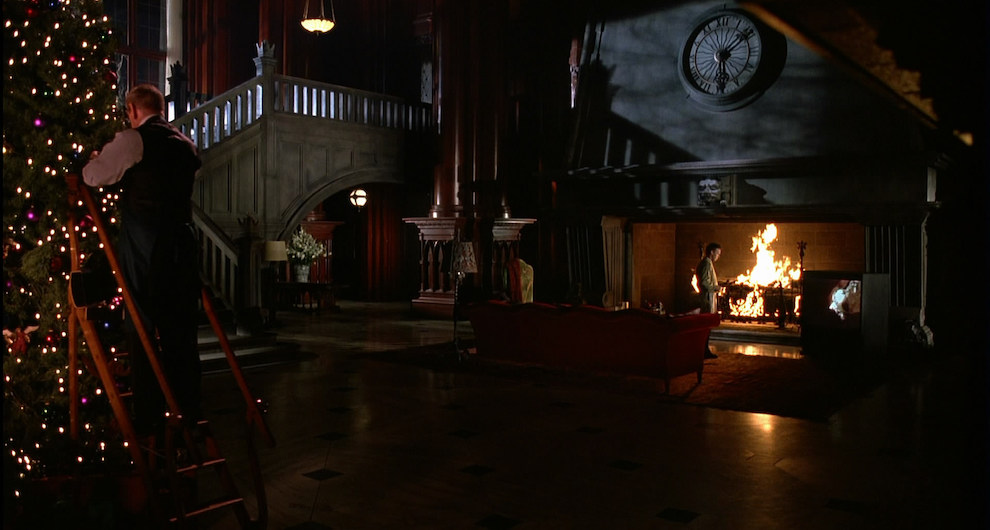 Forget about the man in the big red suit for a moment and turn your attention to DC’s Caped Crusader in Tim Burton’s Batman Returns, which is famously set over the Christmas period.

In the second installment of the blockbuster franchise, Batman battles to save a snow-covered Gotham City in his face-off against the grotesquely villainous Penguin, the deeply corrupt Max Shreck, and the mysteriously seductive Catwoman. In its satirical take on the Christmas genre, the bleak tale is starkly juxtaposed with an outlandishly festive backdrop adorned with twinkling lights and vividly colored decorations. When the movie draws to a close, only hope glimmers as brightly as the holiday décor. “Merry Christmas, Alfred,” says a lonely Bruce Wayne to his trusted butler. “Good will toward men… and women.”

Some might say t’was the Dark Knight before Christmas…

Unlike Frosty the Snowman, an armor-clad superhero such as Iron Man is for life, not just for Christmas. Plus he’s arguably a little cooler than his icy counterpart.

Director Shane Black often sets his movies around the holidays, so it’s perhaps no surprise that Iron Man 3 has a distinctly festive setting. Not only does the story take place on the lead up to Christmas, it also features some touching moments capable of melting even a heart of steel. These flashes of warm-and-fuzzy are predominantly produced by the burgeoning relationship between Tony Stark and Pepper Potts, as well as the spirited message at the center of the story about the importance of generosity and selflessness. 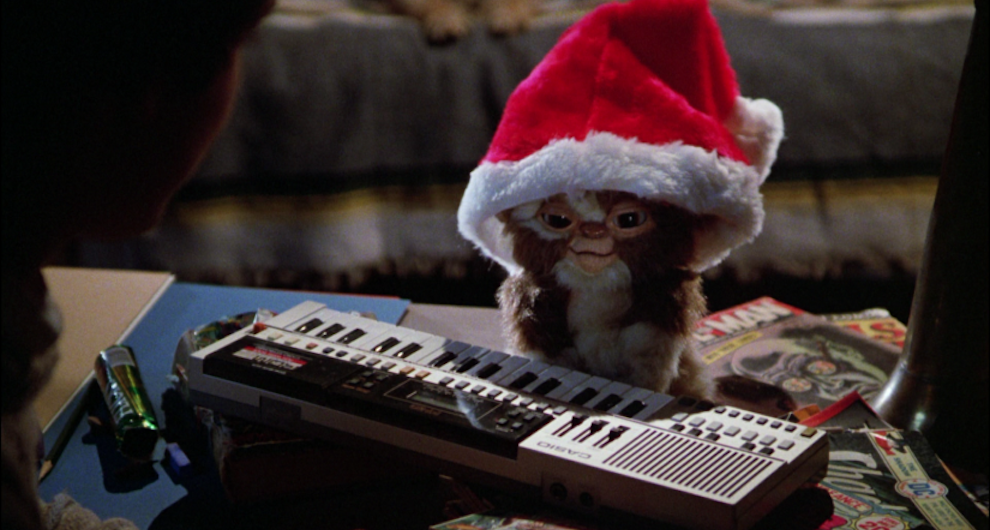 If we were to place our bets, we would say that the pint-sized terrors of Joe Dante’s comedy-horror Gremlins have secured a permanent spot on the “naughty” list.

This merrily monstrous movie begins with inventor Randall Peltzer searching for the perfect present for his teenage son. After stumbling upon an antique shop in Chinatown, he emerges as the proud owner of a Mogwai, a cute creature that comes with a set of clear instructions – don’t get the furball wet, expose to bright light, or feed after twelve o’clock at night. Of course, it doesn’t take long for the rules to be broken, leading to a community of terrorizing critters raising hell across town. Aside from its brilliant blend of comedy and horror, the movie provides a secret commentary on the risks of holiday commercialism eradicating Christmas spirit.

Just don’t watch it after midnight…

Some people gather to watch the ball drop shortly after Christmas, others prefer to see Hans Gruber dropping to his death from the 30th floor of the Nakatomi Plaza building.

It may not be bursting with festive spirit but Die Hard explodes with guns and grenades at the hand of a group of German terrorists, who show up uninvited to an office party on Christmas Eve. As the chaos is detonated, off-duty police officer John McClane treads over shattered glass and crawls through ventilation shafts, bearing gifts of bullets and bombs to ensure that everyone makes it home safe to their families in time for the holidays.


For those looking to spice up their movie selection (as well as their coffee) this season, we hope that our list of alternative fireside flicks has provided some much-needed inspiration.

Now we would like to know whether your favorite seasonal substitute made it onto our list, or if you have any additional suggestions for film fans suffering from festive fatigue?  Let Your Geek Sideshow and tell us in the comments!

Spider-Verse Swings to the Top of the Box Office, Netflix Releases First Look at Dark Crystal: Age of Resistance, and More!