Elemental magic, aristocratic parties,  and demon-like creatures, and, oh yeah, a little bit of romance. What’s not to like about Netflix’s latest book-to-series adaptation, Shadow and Bone?

The teen fantasy show is based on author Leigh Bardugo’s ‘Grishaverse’, which comprises the Shadow and Bone Trilogy, two Six of Crows novels, and several more short stories and novelettes in The Language of Thorns. For fantasy fiends, it’s a world to relish living in for months while they finish the series, but for everyone else who simply wants to get their feet wet enough to understand the Netflix version, it can seem like a lot.

Fear not- you don’t have to read every book to understand this series. Keep reading for a beginner-friendly Shadow and Bone Netflix guide.

What Is Shadow and Bone About? 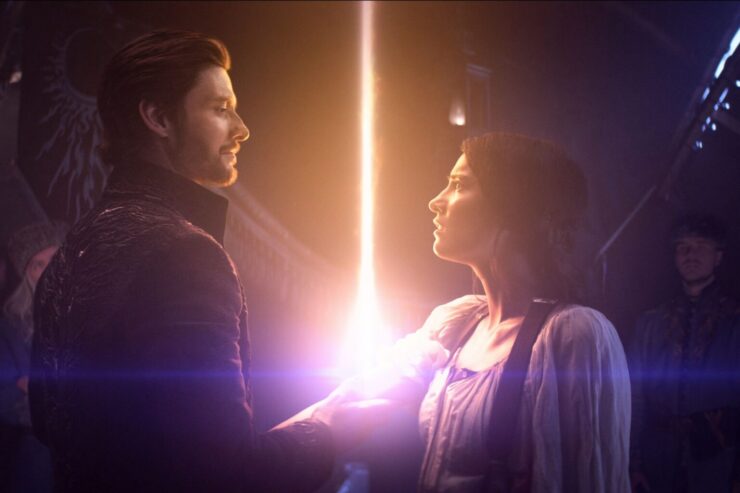 So, just what is the Shadow and Bone synopsis? Netflix explains: “Dark forces conspire against orphan mapmaker Alina Starkov when she unleashes an extraordinary power that could change the fate of her war-torn world.”

But we do know more than this, as the first season is set to follow the first two books in the Grishaverse. This means viewers will watch Alina (Jessie Mei Li) as she discovers a secret power inside her, a power that is exceptional, even in a world where so many others can create or inflict pain with their own set of abilities.

On her journey, she will be torn from her best friend Mal (Archie Reneaux), an orphan she grew up with and who she has since developed feelings for. In his place, she’ll meet a new cast of characters, including the powerful and magnetic General Kirigan (Ben Barnes). The Darkling (another name he goes by in the books) wields the power of shadow.

Although, the Darkling is the most powerful being in Ravka, he still needs help to destroy the Shadow Fold, a hellishly dark place accidentally created by his ancestor. When Alina’s power surfaces, General Kirigan decides to enlist her to help him destroy the Fold once and for all.

Things You Should Know About the Series

There are a few things you should be familiar with before watching the series: the unique world the series is set in, the Grisha who play a vital role in the story, and the Shadow Fold that terrorizes anyone who dares journey through it.

The World of Shadow and Bone 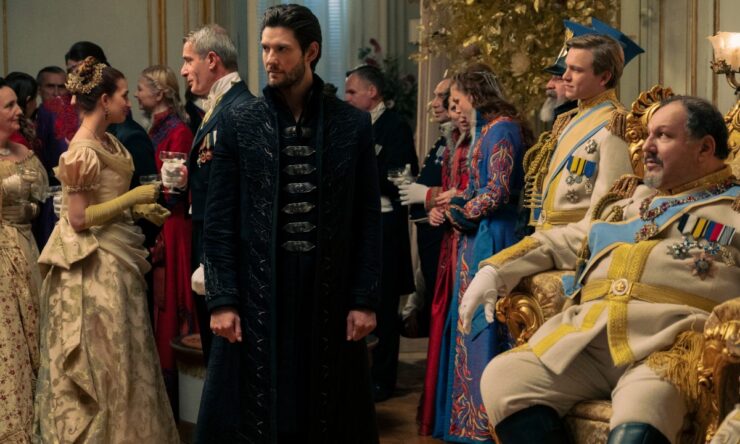 Unlike many high fantasy series such as Game of Thrones and Outlander, Shadow and Bone does not take place Medieval England. Instead, author Bardugo created her world based on Imperial Russia. Viewers can look forward to new landscapes, architecture, and language throughout the series.

The Grisha and the Small Science

Every great fantasy world has a unique elite force. In the Harry Potter there was Dumbledore’s Army, in Game of Thrones there was the Night’s Watch, and Bardugo’s world has the Grisha.

The Grisha may seem like witches and wizards who can wield fire, air, water, and more, but what they do isn’t exactly magical. Their abilities are a manipulation of matter and elements already present. They cannot create out of nothing. This is known as the Small Science, not magic.

Within the Grisha, there are several categories: Corporalki, Etherealki, and Materialki. The first who are also known as The Order of the Living and the Dead and they consist of Grisha who can manipulate the body such as healing, killing, or altering its appearance.

The Etherealki, also known as The Order of Summoners, are the quintessential elemental folk who can control natural elements—Alina and General Kirigan technically belong to this class, but their shadow and light powers are exceptionally rare.

The Shadow Fold is a section of “impenetrable darkness” in the country of Ravka. The narrow body of water separates the mainland from coastal cities, but while it’s essential for the inhabitants to travel through the Fold, it’s nearly impossible. Volcra, creatures with claws, massive wings, and appetite for flesh, and many other dark monsters, live here.

General Kirigan has made it his life mission to destroy the Fold once and for all.

The Netflix fantasy series premieres this Friday, April 23. Those craving lengthy episodes can look forward to eight installments, each about an hour long.

Until then, take a peek into the mystical and wonderful Shadow and Bone world with its official trailer below.

Elemental magic, aristocratic parties,  and demon-like creatures, and, oh yeah, a little bit of romance. What's not to like about Netflix's latest book-to-series adaptation, Shadow and Bone? The teen fantasy show is based on author Leigh Bardugo's 'Grishaverse', which comprises the Shadow and Bone T

Have you read the books or are you excited to watch Alina’s story unfold on the small screen? Let us know your thoughts in the comments, and don’t forget to Let Your Geek Sideshow!