The Crabsuit: A human driven multifunction submersible. One of the many new RDA vehicles that will be seen in the Avatar sequels.

Thanks to Producer @JonLandau for sharing this concept art! pic.twitter.com/8RwZ38nizj

Avatar producer Jon Landau released concept art for a new underwater mech called The Crabsuit. It’s described as a human driven multifunction submersible. One of the many new RDA vehicles that will be seen in the Avatar sequels. There is no further news about the Avatar series at this time.

Mulan To Release On Disney+ 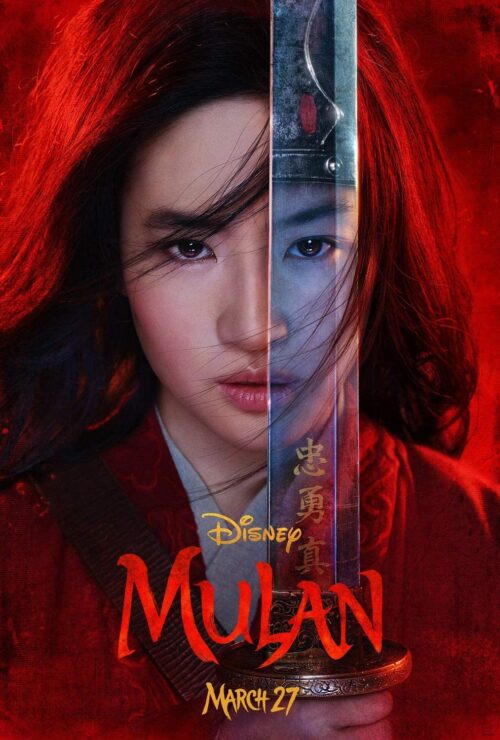 Disney announced that Mulan is set to be released in theaters and on Disney+ on the same day. Disney+ subscribers will be able to rent the film while it’s in theaters. Mulan will hit theaters on September 4th.

Marvel released a new promo for The New Mutants. The promo shows off the powers of the characters, like Magik’s Soul Armor, Cannonball’s explosive blast field, Wolfsbane’s enhanced hearing, and Sunspot’s flames. The New Mutants will creep into theaters on August 28th.

I hear some people are having MCU withdrawals. I feel ya. Waiting is tough I know! Here’s a little something- a concept design illustration I did for the upcoming Hawkeye @disneyplus show. This was seen on the “Expanding the Universe” featurette on Disney+ #hawkeye #katebishop pic.twitter.com/wDPGwJNNBQ

Andy Park has released concept art of Kate Bishop as she’ll appear in the upcoming Hawkeye television series at Disney+. The art depicts Kate with quite a few scrapes and bruises in a purple costume with her bow drawn and ready. Hawkeye will shoot onto Disney+ in 2021.