Apple TV released a trailer for their upcoming series See, which takes place hundreds of years after a virus that decimated the human population, and leaves all the survivors of the disease blind. Jason Momoa stars as Baba Voss, the father of twins with the mythic ability to see—who must protect his tribe against a powerful yet desperate queen who believes it’s witchcraft and wants them destroyed. See will premiere on November 1st on Apply TV+.

Face/Off Reboot in the Works 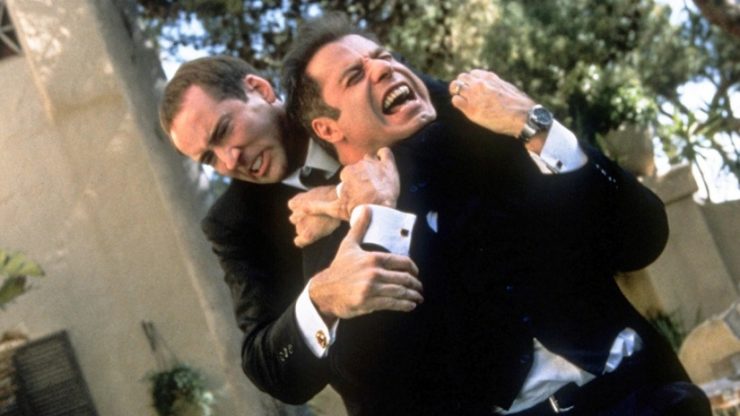 Paramount Pictures is set to reboot the 1997 action thriller Face/Off. The original film followed an FBI agent and criminal as they undergo dramatic facial surgeries to imitate each other and take the other down. There is no further news about the Face/Off reboot at this time.

The Most Anticipated Disney and Pixar Projects from D23 Expo