Typically we use the new year to start fresh. For some of us, that means culling our comic shop pull lists to be a bit more efficient. That does mean there’s usually some space to give new books a chance too.

With that in mind, we scouted the year ahead to find 10 new and upcoming comic books you’re going to want to read this year. These are our most anticipated comics of 2019: 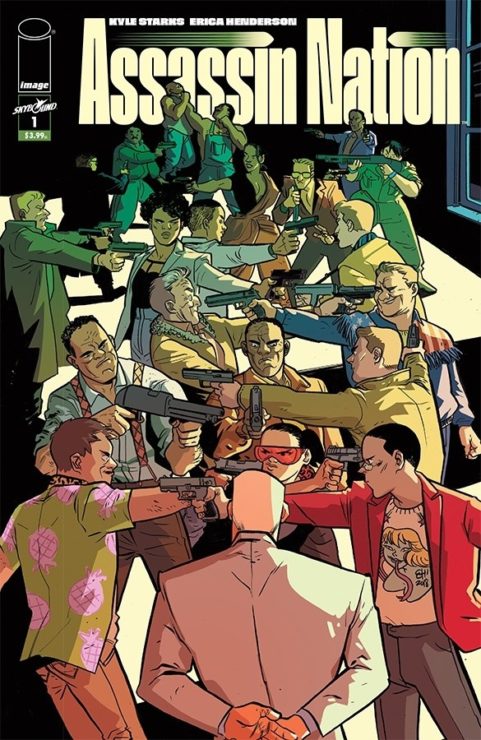 Someone’s put a hit on the greatest hitman ever. To stay safe and find out who’s behind the contract, he’s hired the 20 best other assassins working today to protect him. Writer Kyle Starks (Sexcastle, Kill Them All) is a master of action-comedy, capable of cutting through high-stakes drama with clever quips.

Erica Henderson (Unbeatable Squirrel Girl) is an artist whose pages burst with personality, and she has a style that meshes well with Starks’ offbeat scripting. The two should be able to add to the legacy of films like Hot Fuzz and 21 Jump Street with this unique concept, and we can’t wait for the bullets to start flying. 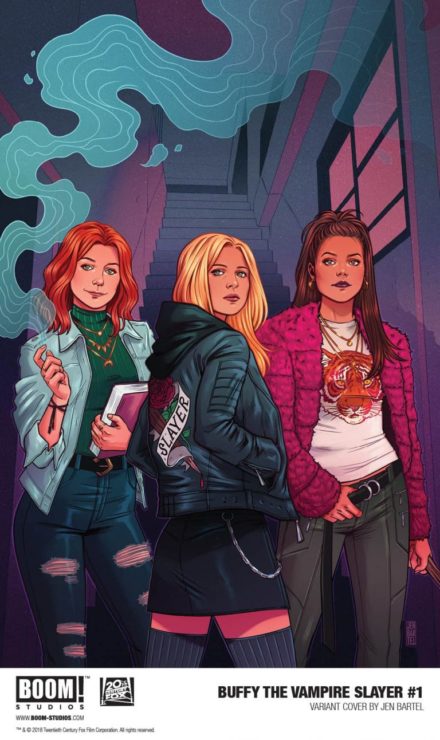 After a long run at Dark Horse Comics, Buffy the Vampire Slayer has moved to Boom! where it’s being rebooted by Jordie Bellaire (Redlands) and Dan Mora (Klaus). Going back to the beginning will give the series some fresh, uncomplicated life, and makes it the perfect jumping-on point for new readers.

Not that the post-television adventures of the Scoobies weren’t entertaining or anything, but it’s going to be exciting to return to these character when things were much simpler. Plus, it’ll be cool to see a more modern take on the Slayer mythology starring familiar faces. 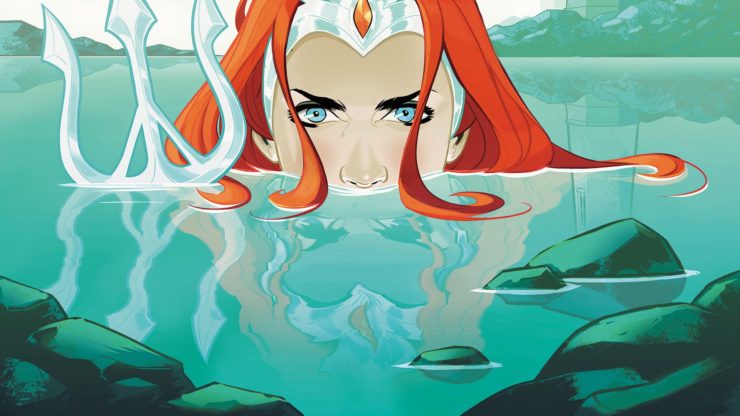 Last year, DC Comics announced two new young adult imprints, DC Zoom and DC Ink. We’ll get to DC Zoom in a bit, but first we want to take a look at the original graphic novels coming to DC Ink. All four of the initial titles in this first wave focus on female characters like Mera, Catwoman, Harley Quinn, and Raven, and feature some fantastic creators like Mariko Tamaki, Kami Garcia, Stephen Byne, and Steve Pugh.

It’s a fascinating new direction for DC, but one that makes a great deal of sense given how strong original graphic novels perform for teens outside of the major publishers. Just ask Raina Telgemeier. Things get started with Mera: Tidebreaker from Danielle Paige and Stephen Byrne this April. 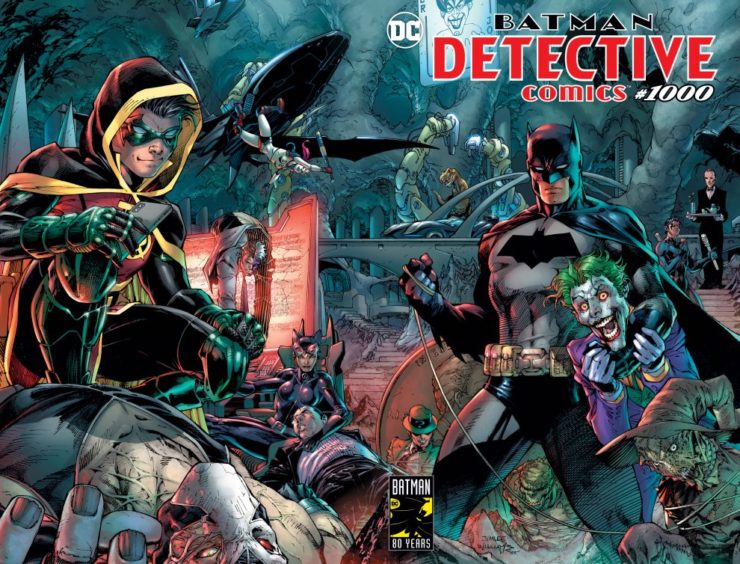 Following 2018’s monumental Action Comics #1000 comes another massive DC Comics milestone, the release of Detective Comics #1000. This 96-page affair features more than a dozen different writers and artists taking a crack at the Dark Knight to tell stories that will take readers on “a journey through Batman’s past, present and future.”

The book is also slated to introduce the Arkham Knight from Rocksteady’s video game into the comic universe, which is an odd decision given who the Knight is in the game, but that’s not our problem to solve. Anyway, this book should set up the next few years of Batman adventures, and you won’t want to miss a single panel. 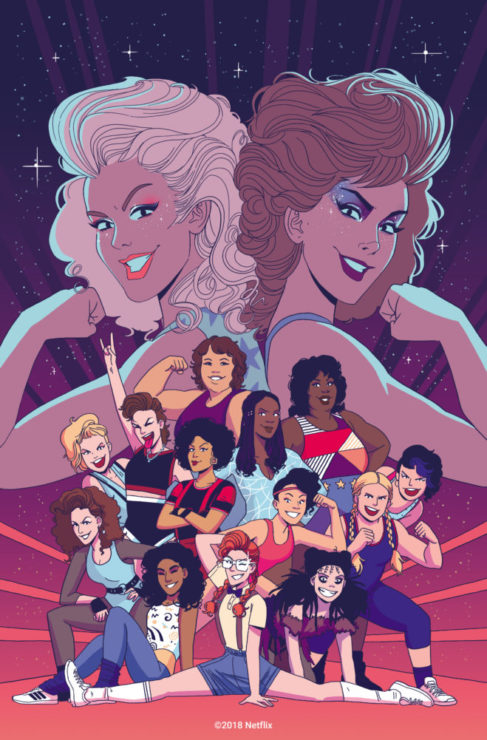 As one of Netflix’s best original series, GLOW has been an absolute joy to watch. The only problem is the wait between seasons. IDW has a temporary solution in its new four-issue mini-series based on the wrestling drama. Written by Tini Howard (Euthanauts, WWE) and with art from Hannah Templer (Jem and the Holograms), the story pits the ladies of GLOW against actual wrestling women as part of a fundraiser.

While it’s not an ongoing series (dang it), the book still looks promising. With Howard’s wrestling knowledge and Templer’s clean, expressive style, fans should be very happy with the end result. 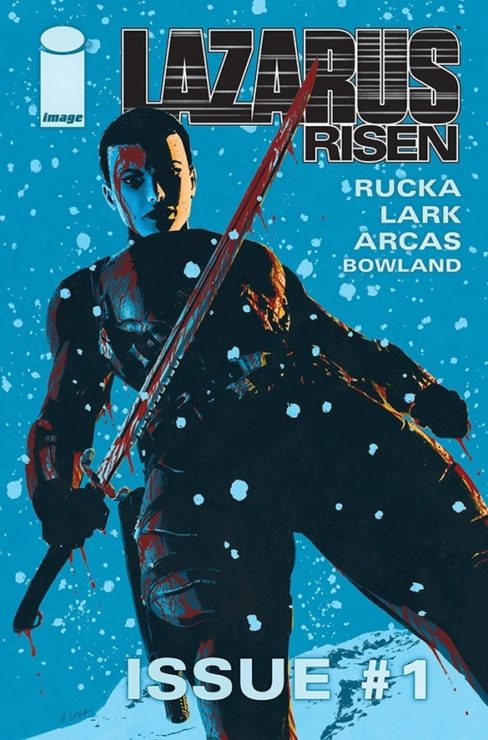 Originally a monthly series, Lazarus took a break last year to shift gears into a quarterly format more friendly to its creative team. Writer Greg Rucka (Queen and Country) and artist Michael Lark (Gotham Central) have carefully brought a dystopian future where just a handful of powerful, wealthy families own and run the world to life with grounded storylines and authentic visuals.

The slight time jump for the new series is the perfect time to get on board if you haven’t been reading already. Plus, with an Amazon series in development, you’ll want to get in on the excellence of Lazarus so you can tell everyone you liked it before it went mainstream. 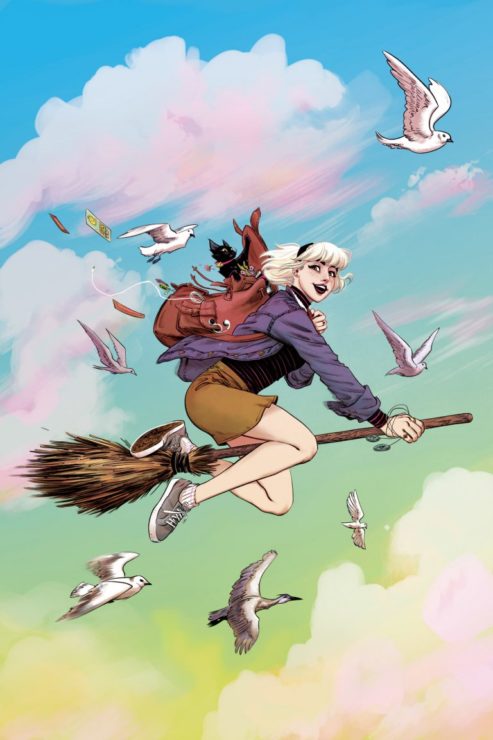 Sabrina is so hot right now, so it’s a good thing Archie comics is bringing back the teenage witch in a new five-issue mini-series from Kelly Thompson (West Coast Avengers) and Veronica Fish (Archie). Unlike the Netflix adaptation however, this Sabrina comic will be a more classic iteration, focusing more on the bright and cheery life the young Sabrina leads versus the gothic terror of her Chilling Adventures.

Thompson has yet to write a comic that hasn’t delivered (fight me), and Fish is a fantastically talented artist whose pages are brimming with youthful exuberance. It’s a perfect match for a new look at one of Archie’s most classic characters. 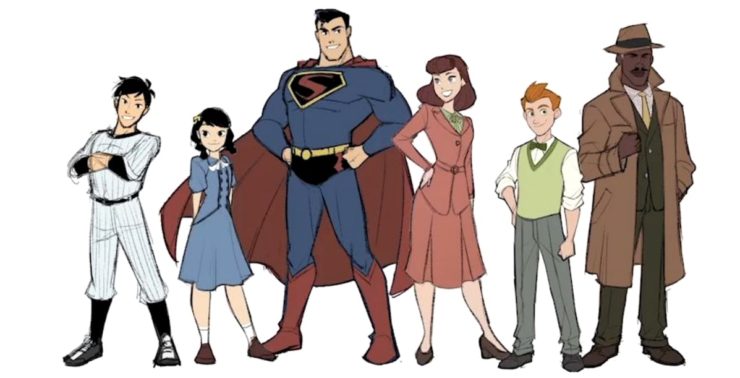 Gene Luen Yang (American Born Chinese) made a name for himself at DC Comics with his work on New Super-Man, but he was already an acclaimed creator for his original works before that. Still, sometimes working at the big publishers comes with some advantages, like opening the door to work on one of DC Zoom’s first titles, Superman Smashes the Klan.

Though there’s no concrete release date yet, the series, featuring art from Gurihiru, will focus on an American Chinese family that moves to Metropolis, and finds they’re being targeted by the Ku Klux Klan. So this book is about Superman punching Klan members? Where can we order a million copies? 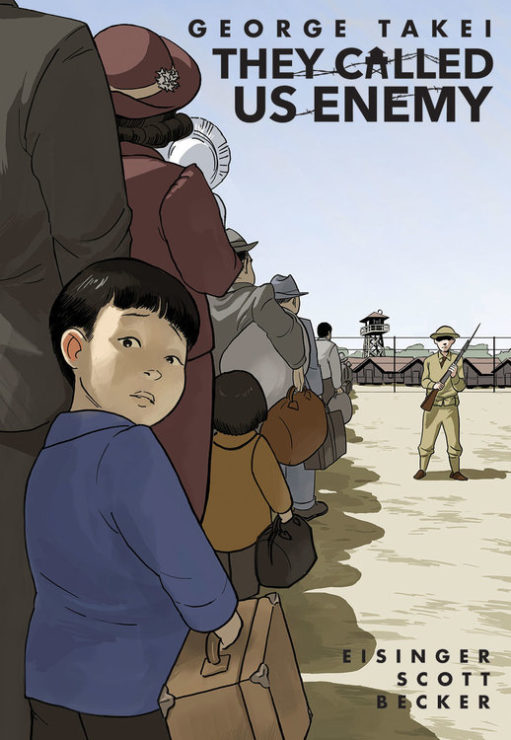 They Called Us Enemy (Top Shelf)

George Takei has never been shy about expressing his feelings towards the treatment of marginalized people. His own life experience has given him plenty of material to draw on, and that’s why we’re looking forward to his upcoming autobiographical comic, They Called Us Enemy.

Along with co-writers Justin Eisinger and Steven Scott and artist Harmony Becker, Takei will take us back to the World War II American internment camps where he grew up, showing us a side of our history that’s still hard to reconcile. In today’s political climate however, a tale like these seems extremely necessary, and will be a must read for anyone with an ounce of empathy in their bones. 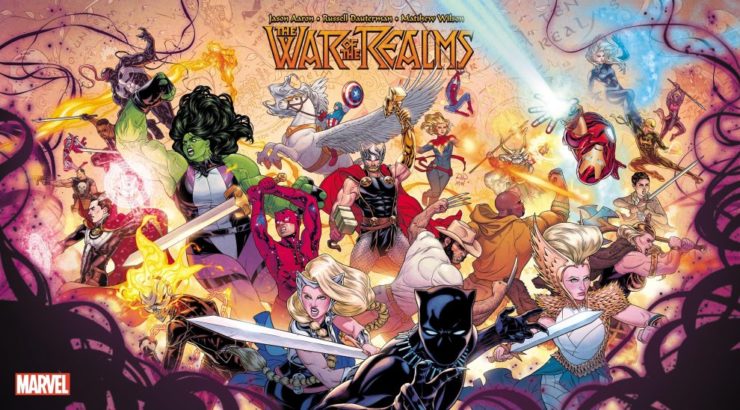 War of the Realms (Marvel Comics)

For the past six years, Jason Aaron has spent almost all of his time writing various Thor comics building to a massive, universe-spanning conflict known as the “War of the Realms.” Later this year, all that build-up comes to a head as the massive Marvel event kicks off.

Reuniting Aaron with Mighty Thor artist Russell Dauterman and colorist Matt Wilson, War of the Realms promises to reconcile the ongoing fight between Malekith and the Asgardians, with Earth and its heroes caught in the middle of it all. Major event exhaustion is a real thing, but the slow burn leading into War of the Realms has us eagerly anticipating that moment when Thor finally bludgeons Malekith with his shiny, golden hammer.

So, which of these comics are you going to add to your pull list this year?  Any other 2019 series you can’t wait for?  Let Your Geek Sideshow and tell us in the comments below!