Emperor Palpatine is the most terrible and terrifying Sith throughout all of the Star Wars movies. He has found a pathway to rather… unnatural powers, and he has wreaked havoc in the galaxy for nearly 100 years. Here is his timeline, and all of the names by which he has been known.

SPOILERS FOR RISE OF SKYWALKER BELOW

Sheev Palpatine was a human born on the planet of Naboo. His family is unknown, but at some point in his lifespan, he sired a son. He also began a career in politics, slowly working his way into more power.

Little is known of how Sheev Palpatine met Darth Plagueis, the Dark Lord of the Sith. Alas, they met, and Darth Plagueis imparted all of his knowledge to young Palpatine, who became his apprentice known as Sidious. Darth Sidious would learn and develop his powers in the Force over many years. Both Plagueis and Sidious would eventually become obsessed with immortality.

Palpatine said it best himself. “Darth Plagueis was a Dark Lord of the Sith so powerful and so wise, he could use the Force to influence the midi-chlorians to create life. He had such a knowledge of the dark side, he could even keep the ones he cared about from dying.”

And once Sidious learned all he could, he killed Plagueis, and took on an apprentice of his own, Darth Maul.

Sheev Palpatine became a representative and a Senator for Naboo in the Galactic Republic. He saw tension and corruption in the Senate and planned to use it to his advantage to gain power through turmoil, exploit the corruption, and create order through leadership.

As Chancellor, he would use his apprentice Darth Maul and his other sinister influences to manipulate politicians and economies throughout the Galaxy. And by gaining power, he would slowly change the Senate. He planned to use his power to create a new Sith Empire.

In order to do that, he turned the Senate against his very own home planet, Naboo. He would convince Queen Amidala to rally opinion against the current Supreme Chancellor. And from there, Palpatine won the replacement vote and became the Supreme Chancellor.

As Supreme Chancellor, Palpatine slowly turned Anakin Skywalker to the dark side. But before he could completely turn Anakin, he took Count Dooku as an apprentice. Dooku was set on a quest to amass an army for the Separatists, creating a false threat. Palpatine commanded both the Galactic Empire as Supreme Chancellor and the Separatist forces. He put both of his forces to war against each other to create a large distraction and suggest a need for an even greater power.

In the meantime, he also began work on an elaborate plan to destroy all of the Jedi: Order 66. Clone troopers, made from the genetics of bounty hunter Jango Fett, were fitted with a bio-chip. The bio-chip included a specific protocol that brainwashed the clone troopers to be completely obedient to Palpatine.

And if that wasn’t enough, he also began planning the creation of the infamous planet-destroying ship known as the Death Star.

As the war raged on, the Jedi were spread thin across the galaxy, doing all they could to preserve peace. Palpatine formed a very close bond with Anakin Skywalker, and eventually asked him to execute his current apprentice Count Dooku, for his treason. Once Anakin killed him, it was not long before he was a full dark side user, fully in Palpatine’s grasp. Anakin became Palpatine’s apprentice, seduced by the promises that he would be able to protect Padme and his child from death itself.

Naturally, Palpatine twisted and tainted the truth, claiming that the Jedi tried to kill him after he was disfigured by his own Force lightning in a fight with Jedi Master Mace Windu. And because of that, a greater power was needed; the power of an Empire, and the power of an Emperor. Finally, he issueed Order 66 to kill all the Jedi throughout the galaxy.

Palpatine then turned Anakin Skywalker into Darth Vader, and their rule begins.

Emperor Palpatine, the leader of the First Galactic Empire, finally had all the power he could hope for in his fingertips. Now, with endless power and resource, he began the creation of the Death Star. With Darth Vader at his side, he was practically unstoppable.

Luke Skywalker destroyed the first Death Star, but it was only a hiccup in the plan. Palpatine simply ordered them to create the Death Star Two.

And he tried to tempt Luke just as he tempted his father, Anakin. When Luke could not be tempted, Sidious used Force lightning in an attempt to kill him. And in a powerful moment, Vader turned on Sidious, and threw him into the vacuum, before the Death Star 2 exploded. And so the Sith faded into oblivion, as Anakin was redeemed moments before his death.

But truly, Emperor Palpatine survived and hid himself on the planet Exegol, rebuilding his power and waiting for the moment to return. Waiting to bring his Final Order of the Sith to the galaxy.

In Star Wars: Rise of Skywalker, it was revealed that Rey is the daughter of Sheev Palpatine’s son. The Sith had hoped to pass on the legacy and have Rey Palpatine take the throne as the new Dark Lord of the Sith. That way, the power would stay in the bloodline of the Palpatines.

All Of the Sith Palpatine

And with his death at the hands of his granddaughter, the Sith fade away into oblivion once again.

Emperor Palpatine has had many names and many roles. Which is your favorite? Let us know in the comments, and don’t forget to Let Your Geek Sideshow!

If you’re looking to channel the Force in your collection, check out Sideshow’s full galaxy of Star Wars figures. 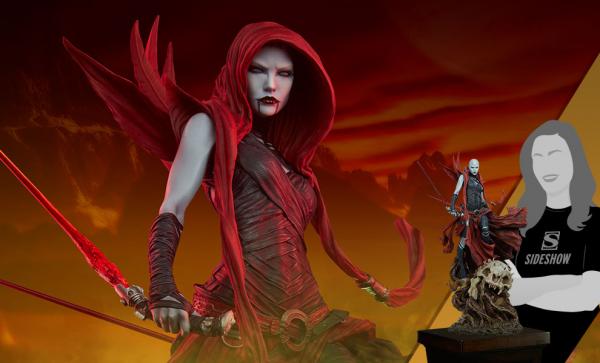 SPOILER ALERT: The Mandalorian So Far...