DC Comics and WB are set to make a sequel to Todd Phillips’ Joker film. He announced the sequel with a photo of the working title and a picture of Joaquin Phoenix reading the script. There is no further news about Joker: Folie à Deux at this time. 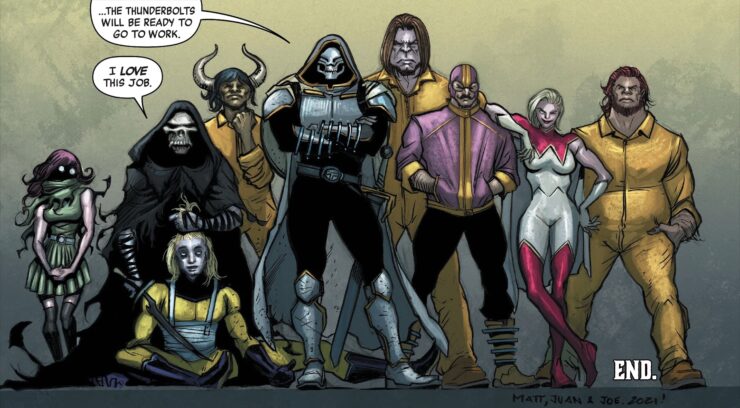 According to Deadline, Marvel has found the director for their upcoming Thunderbolts film. Jake Schreier will direct the film and Black Widow writer Eric Pearson will write the script. There is no further news about Thunderbolts at this time.

EP 4 NOW LIVE ON @PrimeVideo!! (Pause any ep & click on XRAY, we shot longer versions of the #ATrain commercial, #DawnOfTheSeven, #RockMyKiss video, more. One of my very fave parts of the job). #TheBoys #TheBoysTV @SPTV https://t.co/78ROOwjdU3

Amazon Prime released a new episode of The Boys. The episode, titled “Glorious Five-Year Plan,” follows the boys to Russia, where they look for the Supe-killing weapon. The Boys season 3 episode four is on Amazon Prime now.

What is Damage Control? Ms. Marvel Credits and Easter Eggs