Doctor Strange in the Multiverse of Madness Trailer

Enter a new dimension of Strange. Watch the official trailer for Marvel Studios' #DoctorStrange in the Multiverse of Madness. Only in theaters May 6. pic.twitter.com/FizGdQtoRv

The Rings of Power Teaser

The Lord of the Rings: The Rings of Power, only on @PrimeVideo Sept 2, 2022. #LOTRonPrime #LOTR #LOTRROP ⚔️

POV: you’re the world’s greatest detective & you just solved the riddle. Your reward? A chance to win a copy of our exclusive art for @TheBatman. Tell us why you’re excited to watch in #DolbyCinema & include #TheBatmanDolbySweepstakes. Rules here: https://t.co/SxPOFufJXZ pic.twitter.com/yoip8W7C6T

Dolby shared a new exclusive poster for DC Comics‘ upcoming film The Batman. The poster shows Batman’s silhouette in front of the Bat-Signal. The Batman will glide into theaters on March 4. 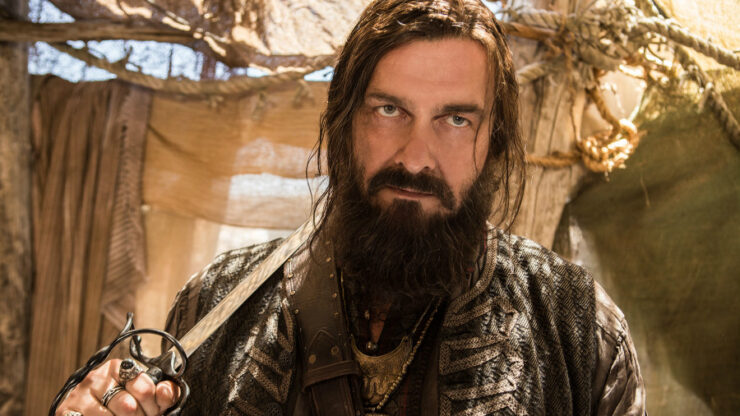 Star Wars™ has brought on another actor to the cast of their upcoming series Ahsoka™. According to The Hollywood Reporter, Ray Stevenson has been cast in an undisclosed role. There is no further news about Ahsoka at this time.