Andy Muschietti, the director of DC Comics‘ The Flash, shared a teaser on Instagram. It seems to show Michael Keaton’s Batman armor, after it’s been spray painted red with the lightning bolt of The Flash in yellow. The Flash will sprint into theaters on November 4, 2022. 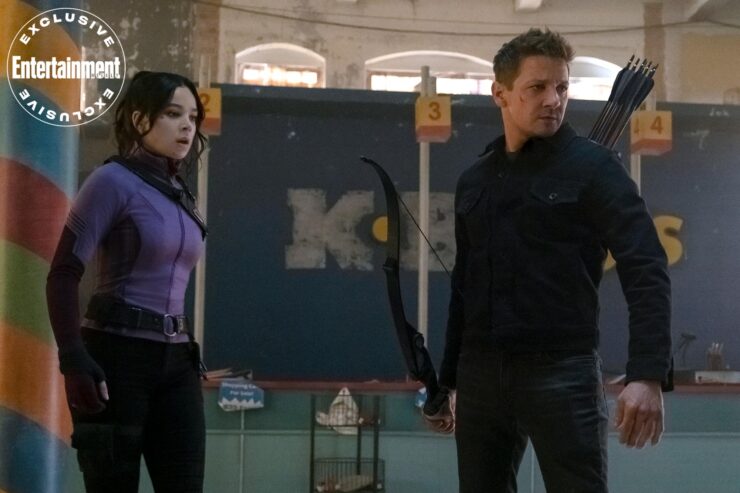 Entertainment Weekly shared a new photo from Marvel’s Hawkeye. The photo shows Kate and Clint hurt from battle, but still standing at the ready. Hawkeye premieres on Disney+ on November 24.

A peek behind the scenes to celebrate our last day of production on Season 2 of #CarnivalRow! ✨ pic.twitter.com/kTrIqxm0YM 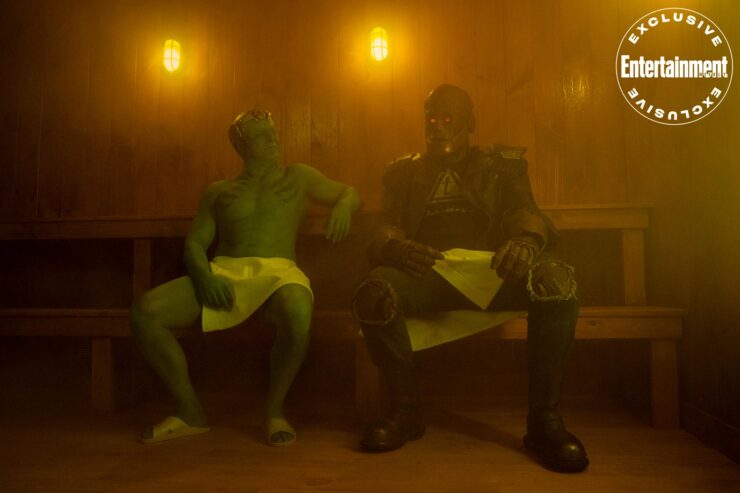 Entertainment Weekly shared a new photo from season 3 of Doom Patrol. The photo features Garguax and Cliff in a sauna. Showrunner Jeremy Carver says that Garguax “was quite the fearful presence back in the ’50s, but since then he’s been living a very different existence. Will he continue to be loyal to an evil leader, or will he be loyal to himself ? It’s not unlike the Doom Patrol questioning where they stand in the aftermath of their own tragedy.” Doom Patrol season 3 premieres on HBO Max on September 23.