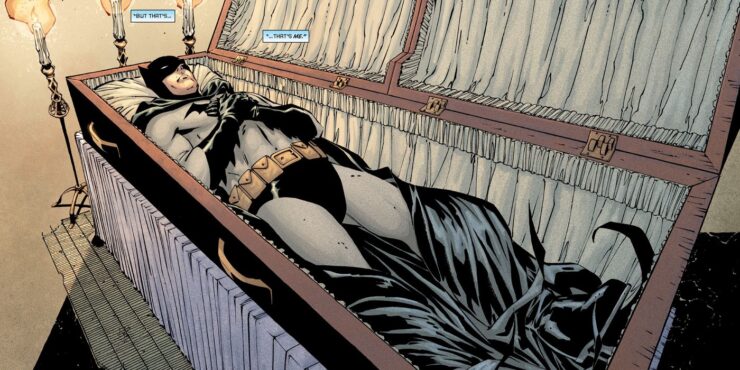 According to Variety, The CW is developing a new series in the world of DC Comics called Gotham Knights. “In the show, in the wake of Bruce Wayne’s murder, his rebellious adopted son forges an unlikely alliance with the children of Batman’s enemies when they are all framed for killing the Caped Crusader. And as the city’s most wanted criminals, this renegade band of misfits must fight to clear their names. But in a Gotham with no Dark Knight to protect it, the city descends into the most dangerous it’s ever been. However, hope comes from the most unexpected of places as this team of mismatched fugitives will become its next generation of saviors known as the Gotham Knights.”

Netflix shared an update about their series Locke and Key. They shared a photo of two cast members holding a giant clapper that reads “Season 3, Take 1.” Season 3 of Locke and Key will premiere on Netflix in 2022.


Sega shared the official reveal trailer for their new game Sonic Frontiers. The trailer shows the beautiful landscape that this 3D action-adventure will explore. Sonic Frontiers will be released in late 2022.


The CW shared a new trailer for season 1 of DC Comics‘ Naomi. The trailer officially shows the titular character’s powers first beginning to manifest. Naomi premieres on The CW on January 11.

Who Is Hawkeye's Worst Enemy?