Netflix released the first concept art from their upcoming live-action Gundam film. The photo shows a mobile suit walking out of the flames with brilliant green glowing eyes. There is no further news about Netflix’s Gundam film at this time. 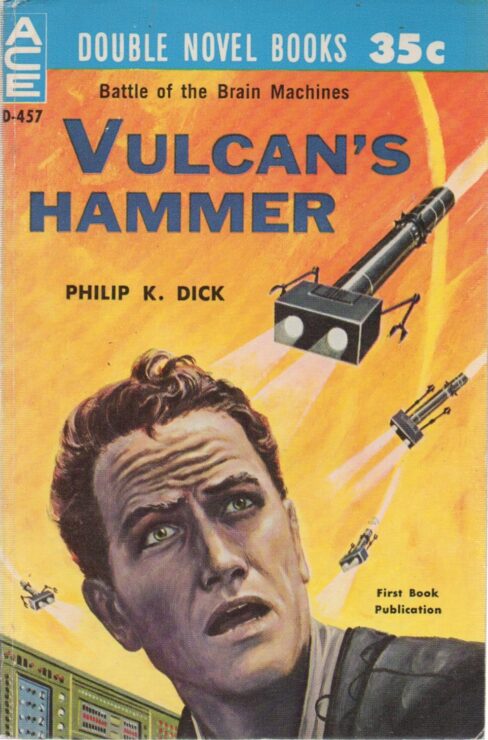 According to The Hollywood Reporter, Philip K. Dick’s novel, Vulcan’s Hammer, is set to get a film adaptation. The story “is set after a devastating world war, when the nations of Earth form the Unity party and cede global governance to the Vulcan AI system, which algorithmically dictates policies for Unity to carry out. However, after Vulcan is attacked and a special agent is murdered, Unity director William Barris is called to unravel the mystery to figure out who, or what, wants to destroy the system he has dedicated his life to.” There is no further news about Vulcan’s Hammer at this time.

Give us a heads up if you see any of these bad guys will ya? But no we will not share the prize money, sorry. pic.twitter.com/COMd1Pajs3

Netflix has released wanted posters for five of the villains that we’ll meet in their live-action adaptation of Cowboy Bebop. The posters show Asimov Solensan, Abdul Hakim, Maria Murdock, and others. Cowboy Bebop premieres on Netflix on November 19.

meet the Straw Hats in Netflix's live action ONE PIECE:

Netflix shared the casting for their upcoming live-action adaptation of One Piece in a video announcement. They also shared a photo of Iñaki Godoy as Monkey D. Luffy. The caption reads, “Meet the Straw Hats in Netflix’s live action One Piece.”